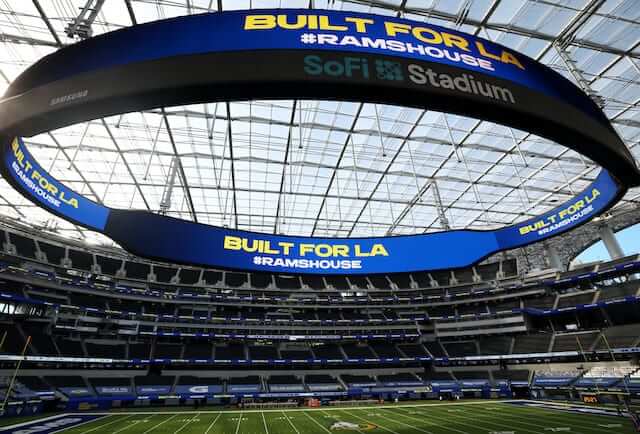 The NFL found itself in uncharted waters due to the restrictions of the coronavirus (COVID-19) pandemic leading up to the 2020 campaign.

A number of teams dealt with breakouts throughout the course of the year. While several games were rescheduled because of it, the NFL still managed to get through the season without any cancelled games.

With the pandemic nearing its end, the league has not let up in its protocols for teams heading into the 2021 NFL season. In fact, they even sent out a warning of what could happen if not kept in check.

The NFL revealed teams are unable to reschedule a game during the regular season due to an outbreak caused by unvaccinated players and will be forced to forfeit and receive a loss on their record, via NFL Network’s Tom Pelissero:

The NFL just informed clubs that if a game cannot be rescheduled during the 18-week season in 2021 due to a COVID outbreak among unvaccinated players, the team with the outbreak will FORFEIT and be credited with a loss for playoff seeding, per sources.

Here’s the precise language from today’s NFL memo on what would trigger a forfeit: pic.twitter.com/Hupf7Ybr1d

The memo provides a stark warning for teams that may no longer be enforcing the protocols as strenuously as last year. Should an outbreak occur, the team will now have to either play without those that test positive or take their chances of postponing the event at a later date during the 2021 campaign.

The NFL reported that 75% of the league’s players have already been vaccinated. This includes each team currently boasting an 80% vaccination rate.

Regardless, the move has been met with criticism from the other 25% of players that have opted not to get it. Arizona Cardinals wide receiver DeAndre Hopkins is among those that recently spoke out against the league’s announcement.

Los Angeles Rams cornerback Jalen Ramsey even sounded off on the topic saying that he would not pressure his teammates to get the vaccine, despite the massive implications from the NFL.

Just because my teammate(s) personally decide not to get the vaccine, I won’t think they are a bad teammate. That’s all 😂
It’s all love 🤟🏾

There is no question that this subject will continue to be a topic of discussion among teams and players as we move closer to the start of the 2021 season.

How Did The Black Friday Episode Of WWE SmackDown On FOX Fair In The Overnight Ratings?

Ireland Women lose several key players to the Sevens team ahead of their match with England : rugbyunion

Jalen Ramsey: Rams Have ‘A Little Extra’ Motivation From Dodgers And Lakers Championships