There has never been more money in the world of football, with record transfers broken every year thanks to the billions of pounds splashed on talent every summer in the Premier League alone.

Manchester City may still smash their own record this summer with both Harry Kane and Jack Grealish linked with £100million+ moves to the Etihad. Either would instantly become the biggest transfer in Premier League history.

Every team has their own record transfer and we have ranked them all by their value for money.

Who knows, maybe Joelinton will still come good for the Magpies. Maybe AFC Wimbledon will win back-to-back promotions and return to the Premier League.

Both are unlikely. Although the £40million man turning into peak Papiss Cisse may be slightly more unlikely.

Fees are always somewhat inflated during the January transfer window so it was no surprise Norwich were forced to pay over the odds for Everton’s Steven Naismith halfway through the 2015-16 season – £8million changing hands for the Scot.

He managed just one goal in the remainder of the season, Norwich finished rock bottom, and then he scored just five back in the second tier. The striker was eventually allowed to leave for nothing in the summer of 2017.

Standing at 6ft 3in, Haller seemed like the ideal fit for David Moyes’ Hammers. But after two full seasons, he left for Ajax with just 10 Premier League goals to his name.

Still, he will always have that overhead kick against Crystal Palace.

A brilliant spell with Aston Villa was followed by a lacklustre showing with Liverpool. When Palace splashed out a record £32million on Benteke in the summer of 2016, they were hoping for a bit of the former.

But they got the latter. Inconsistency has blighted the Belgian at Selhurst. 15 goals in his first Premier League campaign was followed by a total of five across the next three.

With 10 goals in his most recent campaign, however, the Londoners may be cautiously optimistic of seeing the best of Benteke across the final two years of his current deal.

Sigurdsson burst onto the Premier League with Swansea, earning a big-money move to Tottenham. It was all a bit disappointing in north London, however, so the midfielder returned to the Liberty Stadium.

But after impressing again in South Wales, Everton splashed £40million on his services. Since moving to Goodison Park he has been… fine. Not spectacular, not dreadful. Just fine. A reliable servant under Ronald Koeman, Sam Allardyce, Marco Silva, Duncan Ferguson and Carlo Ancelotti, but never the talisman.

Looking a more natural fit for the front cover of the NME circa 2003 than the backpages of the tabloids in 2021, the jury remains very much out on Wolves’ boy prince.

Their scouts evidently saw something that few Premier League spectators have seen since, given the £37million sanctioned for his move from Porto in 2020. But he’s still only 19 and was a little unfairly and unexpectedly thrown into the deep end following the skull injury sustained by main man Raul Jimenez.

One to keep an eye on.

22 goals and 11 assists in Pepe’s final season at Lille saw him become one of European football’s hottest properties back in 2019, so when the Gunners splashed out an ambitious £72million to bring him to the Emirates there was understandable hype and excitement.

Some might have hoped and expected for a Mohamed Salah-esque impact from the wide forward, but he’s taken a long time to adapt and look consistently dangerous in English football. However, the Ivorian enjoyed his best run of form at the end of the 2020-21 season and hinted that he may yet come good. 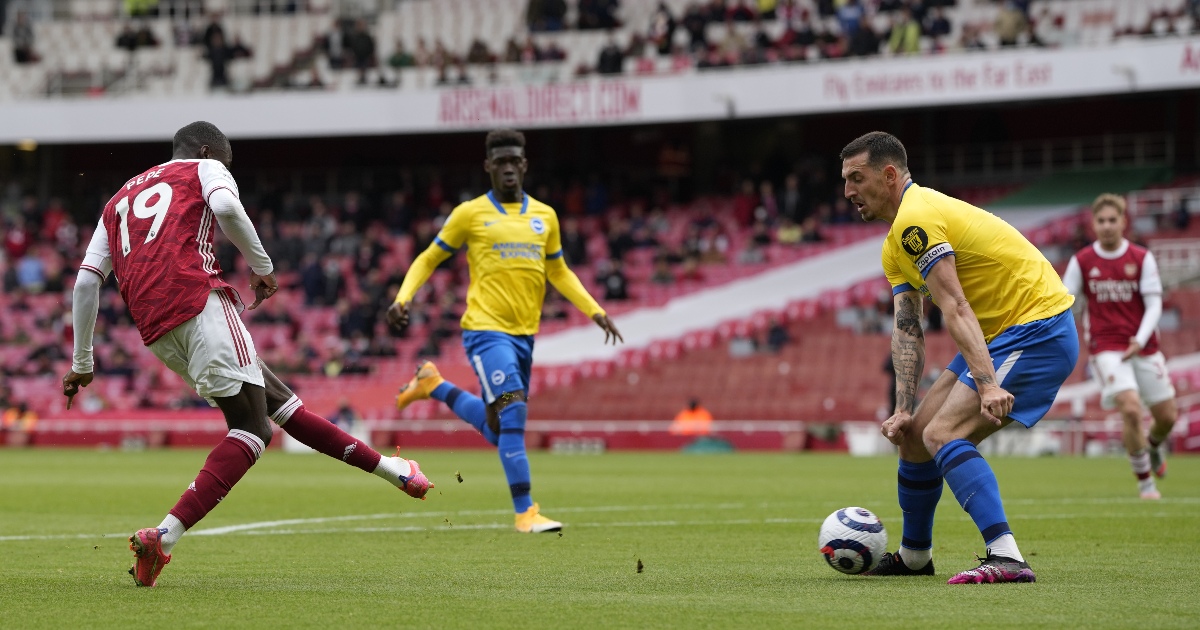 READ: Remember hope, Arsenal fans? Nicolas Pepe is dishing it out in spades

Leeds chairman Andrea Radrizzani gave the green light on ambitious £100million outlay following the club’s return to the Premier League after 16 years in the wilderness.

The most expensive signing, breaking the previous record set by Rio Ferdinand, was Spain international Rodrigo from Valencia for a reported £30million. He’s 30, so his value is already depreciating, but few will care if he helps Leeds remain in the top half going forward.

He had some good moments during his debut season at Elland Road, scoring seven Premier League goals, but with Patrick Bamford banging in the goals up top and fellow new recruit Raphinha shining in a wider area, there remains a lingering sense that Rodrigo is a bit of a square peg in Marcelo Bielsa’s first XI.

Definitely not a flop, but certainly divisive. Manchester United fans would have expected more than winning just the League Cup and Europa League in the five years since Pogba returned to Old Trafford for £89million.

The same summer N’Golo Kante moved to Chelsea for about a third of the price and has since proven vital in them winning the Premier League and Champions League. Does Ed Woodward have sleepless nights about buying the wrong France international?

The fact that United could lose him on a free for a second time makes this even worse.

Another that has struggled to produce consistent performances during a difficult time at Tottenham, from Mauricio Pochettino’s final months to Jose Mourinho’s tenure and Ryan Mason’s interim spell.

Still, there’s something about Ndombele with the ball at his feet that makes you believe he could yet become one of the Premier League’s standout midfielders. He remains contracted until 2025 and there may come a time in which his £55million fee proves good value.

Yeah, he’s alright, isn’t he? Does a job. Midtable.

Wood has been one of the central pillars of Sean Dyche’s Burnley becoming an established Premier League club that don’t look as though they’re going anywhere.

Having hit double figures for league goals in all four of his seasons at Turf Moor, at just £15million (from Leeds back in 2017), Wood is worth his weight in gold to the Clarets and would be challenging the top of this list if it was him alone.

But joint-record signing Ben Gibson brings them down the list a bit, having struggled to usurp Ben Mee and James Tarkowski in the backline. Having helped Norwich get promoted following a loan spell in 2020-21, he’s joined the Canaries on a permanent basis but Burnley only recouped about half what they originally paid for him.

He’s yet to play a competitive game for Villa so this one’s difficult to judge. But Buendia was absolutely mint during his three years at Norwich, especially with 15 goals and 16 assists in the Championship in 2020-21, so £30million looks pretty reasonable value.

Alongside fellow 2020 recruits Timo Werner and Hakim Ziyech, Havertz took some time to adapt and didn’t exactly tear things up during his debut campaign with Chelsea.

But he’s certainly shown more promise than the previous Blues record signing, Kepa Arrizabalaga, and ended his first year by scoring the match-winner in a Champions League final.

Kai Havertz: ‘I couldn’t give a fuck we just won the champions league.’ pic.twitter.com/355Bn4t4Vu

That FA Cup match-winner was worth £32million alone.

This Tielemans goal was 𝘴𝘰 good it literally made ‘WHAT A GOAL’ trend on Twitter 🔥#EmiratesFACup @LCFC pic.twitter.com/18i7AKkVOI

Sarr’s debut season at Vicarage Road ended in the disappointment of relegation following a reported £30million move from Rennes. But he certainly can’t be blamed, with some flashes of brilliance; not least two goals and an assist as the Hornets became the first side to beat eventual champions Liverpool in 2019-20.

Keeping their star asset proved pivotal in bouncing straight back to the top flight, with the winger scoring 13 goals in the Championship in 2020-21.

He’s still just 23, and you imagine sooner or later he’ll go on to play European football and make Watford a healthy profit in the process.

There’s speculation about Ings’ future at St. Mary’s as he enters the final 12 months of his three-year contract, but he’s proven an inspired addition since turning his loan from Liverpool permanent in 2019.

The striker has scored 34 Premier League goals in 67 appearances since his £18million move from Merseyside. You only need to look at some of the names further down this list to see how difficult it can be to buy a goalscorer but Saints certainly managed it.

Three days prior to the Portuguese defender’s arrival, Pep Guardiola’s men lost 5-2 at home to Leicester with a hapless defensive display that raised serious questions of their ability to compete at the top of the Premier League.

In came Dias for a hefty £65million, with Nicolas Otamendi moving in the opposite direction to Benfica, and the rest is history: City cruised to the title, won another League Cup and reached a first-ever Champions League final.

Their summer signing’s contribution was recognised with a Premier League Player of the Year award. Not bad for a debut season. 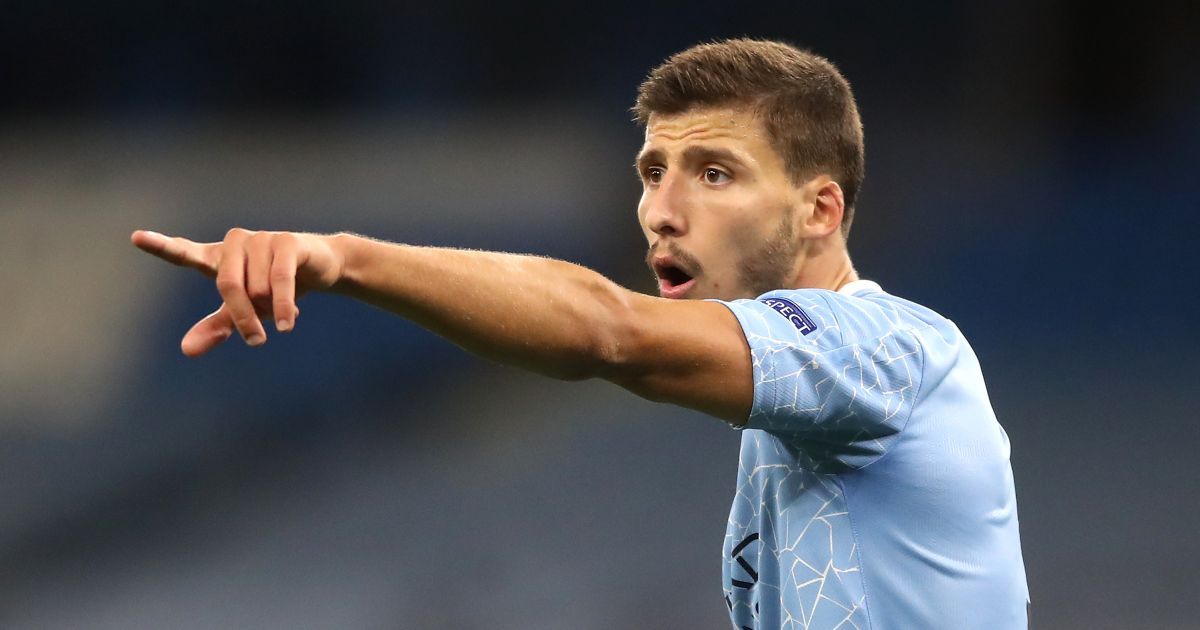 Toney could fail to score a single Premier League goal as Brentford finish rock bottom and the striker would still prove to be ridiculous value at just £5million (admittedly with a reported £10million in add-ons) from Peterborough – a fraction of what they received for the player he replaced, Ollie Watkins, in 2020.

He had one of the all-time great individual Championship campaigns to fire the Bees to promotion in 2020-21 – 33 goals and 10 assists – meaning that whatever happens next, he’s already repaid his fee many times over.

At £75million, Van Dijk can hardly be described as a bargain but his switch from Southampton in January 2018 is everything a record signing should be – absolutely transformative.

Within a few months of his arrival at Liverpool, the centre-back was starting in a Champions League final, while his two full seasons ended by lifting the Champions League and Premier League trophies. Their dip in form as he spent almost the entirety of the 2020-21 season sidelined was a reminder of how important he is.

The Secret Footballer: 95% of all transfers happen through tapping up

Can you name the 25 most expensive transfers of all time?

Seven European transfers you might have missed: Boateng, Caulker, Alena

OnePlus 6T Review: Maintaining the status quo, at the moment

Pac-12 Week: Sleepers that may surprise