A.J. McKee’s future is filled with possibility after claiming the Bellator featherweight title from Patricio Freire.

McKee (18-0 MMA, 18-0 BMMA) assumed the role of undefeated titleholder this past Saturday when he ended Freire’s (32-5 MMA, 20-5 BMMA) reign with a first-round submission in the Bellator 263 headliner, which took place at The Forum in Inglewood, Calif. It was a flawless performance, and one that put “The Mercenary” in a promising position moving forward.

Going in, the fight was technically the last on McKee’s current contract. However, the fact he won the title kicked in a “champion’s clause,” McKee said, which extended his deal for three fights. He also has the option to sit out for 12 months, which would bring the deal to its expiration.

McKee said he has yet to speak with Bellator president Scott Coker about negotiating a new deal, but it’s something that will happen soon, he said. McKee hears the noise about a potential move to the UFC, but a realistic avenue to make that move has yet to present itself, and he wants to hear what his current promoter has to say first.

“That’s what I’m looking forward to – sit down and talk,” McKee told MMA Junkie on Monday. “It’s a conversation to have. I think we’ll come to an agreement. There’s things I want to do out there. Snickers, Undefeated, Porsche (as sponsors). There’s things we want to do out there. … It’s time for Bellator to show what my value is. It’s time to take care of me. I’ve showed them what I’m willing to do, and I think they’re more than happy and more than excited to continue to work with me and see what the future holds for us as a team and a unit.”

Although McKee is optimistic, he said he does have some lines drawn in the sand. He doesn’t want to go “two steps forward and one step back,” and due to his $1 million payday that came with beating Freire in the Bellator featherweight grand prix final, he thinks there’s a standard involved.

At 26 and with a perfect MMA record, McKee said his title win is “just the beginning” of what he forecasts to be a special career. If he remains in Bellator long term and has continued success, though, the talk of a move to the UFC will get louder and gain more traction.

McKee has said in the past that he sees a future in the octagon as an inevitability, but is unsure on the specific timeframe. He still has a similar position, but now that he’s bound to Bellator for at least three more fights, he said it’s better to keep focused on the short term.

“Six months, six years – it doesn’t matter (when I get to the UFC),” McKee said. “At the end of the day as long as I’m cashing in big checks, I’m OK. I’m happy. I’m satisfied. As long as I’m able to do things I want to do and create new openings, new opportunities with new companies. The second all that hard work pays off, that’s when I can say, ‘OK, what more is there for me to do?’ But at that point, the fruits of the labor are being enjoyed so much, what need is there to do that?

“There’s really no rush. This is just the beginning. That’s the crazy part. This is the first world title and I haven’t even defended it yet. I’m looking to get that second world title. That’s what I’ve been calling. Champ-champ.”

The pursuit of champ-champ status could be what’s on deck for McKee. The idea of a rematch for Freire’s lightweight belt is already a prominent talking point in the aftermath of Bellator 263, and McKee said he’s very much on board.

He already has the upper hand over Freire due to his victory over the Brazilian, but McKee doesn’t think a second fight at 155 pounds is likely to play out differently.

Still a Bellator champion, Patricio ‘Pitbull’ vows to come back stronger after loss to A.J. McKee

22 years in the making, champion A.J. McKee challenges any featherweight on earth at Bellator 263

“In this instance he’s going to know what to expect in there just a little bit more from being in there,” McKee said. “He’s had those two minutes or so to feel me out a bit. He read some stuff. He was able to make a little bit of adjustments. I was just a level ahead on the adjustments. He’s going to take some time off as he should. He’s still the champion a great champion. We’ve got to sit down and see where things go.

“Maybe I do some boxing and hop into that world a little bit. Obviously I have to sit down with Bellator and talk some contracts and stuff and just see what’s next. At 145 pounds there’s not really anything for me that excites me in the division. Being champ-champ is a big long-term dream. It’s been a long time coming and that’s what I look forward to.”

For more, though McKee said he’s going to revel in the moment. He understands the gravity of his accomplishment at Bellator 263, and McKee said he can legitimately feel his presence in the sport enhance stemming from the result. 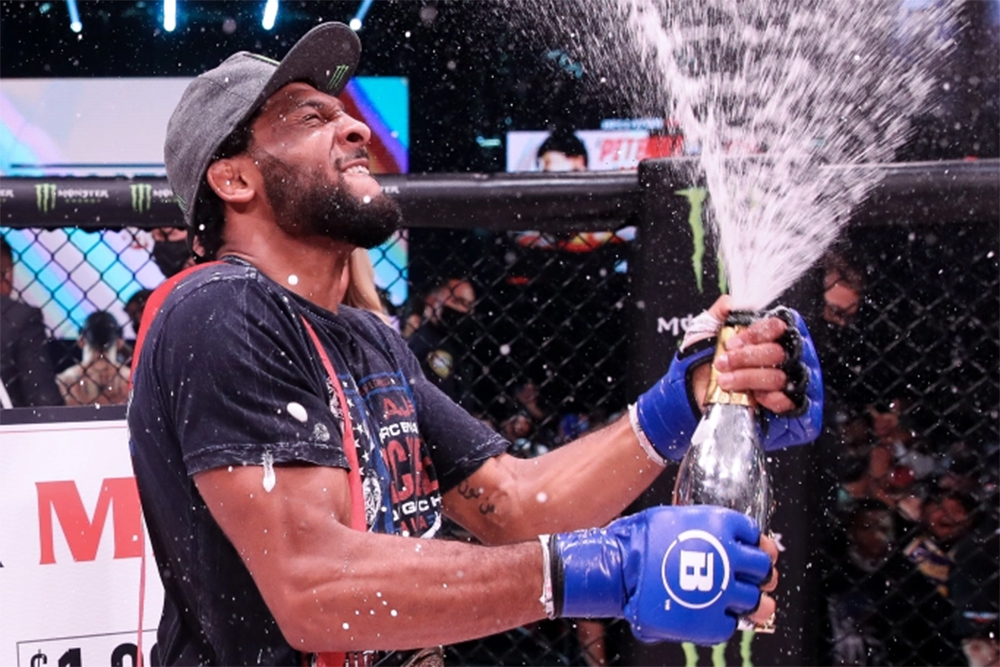 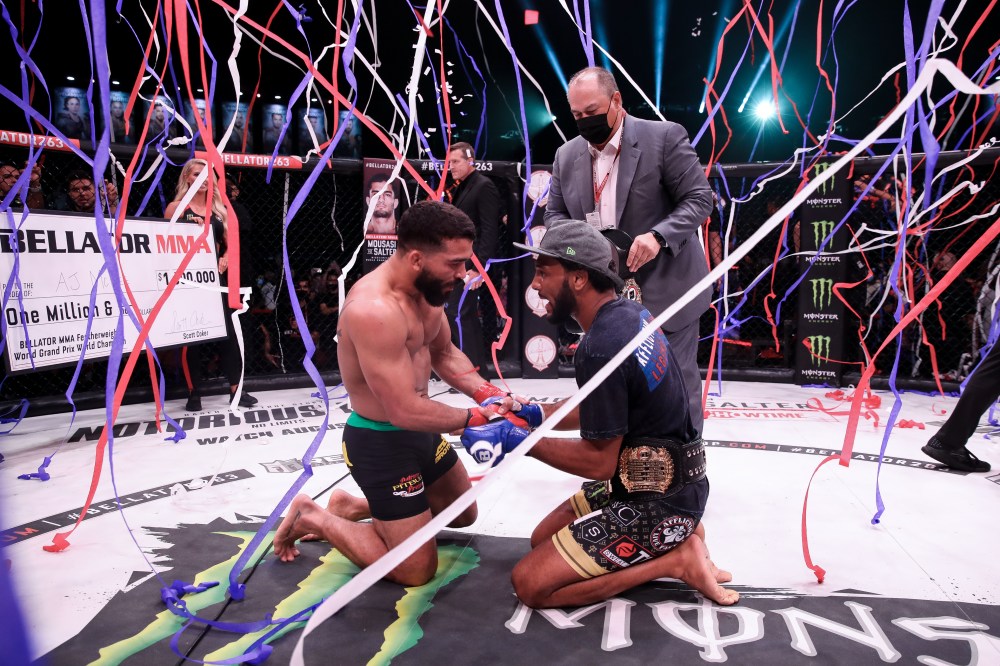 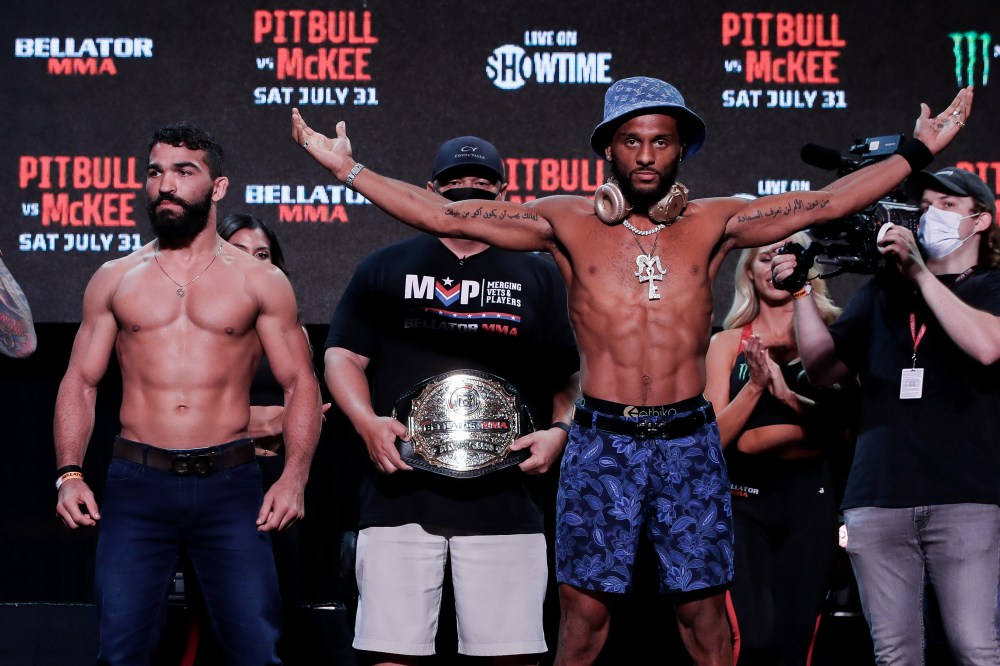 Who Is Now The Best Player Yet To Win A Major?

Paul Heyman: I Was Rescued By Roman Reigns

Wanda Durant to P.J. Tucker: “I love you too”