Rams News: Nick Scott To Miss Time With Knee Injury But Hoping To Be Ready For Season Opener Against Bears 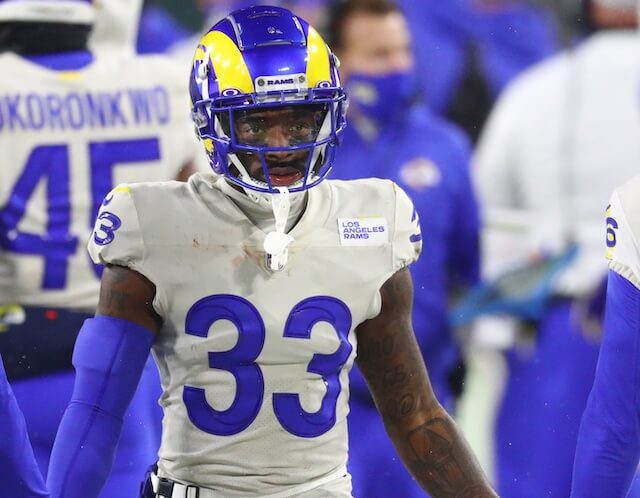 With the preseason set to begin, Los Angeles Rams head coach Sean McVay has made it clear that health will be a top priority for players.

Like most teams, the Rams have already dealt with a few key injuries leading up to the 2021 NFL season. Safety Nick Scott is the latest player to be sidelined after tweaking his knee during practice.

Scott’s inability to put any pressure on it while leaving the field was hardly a positive sign. It appears the team now has an idea of his potential timetable.

McVay provided an update on Scott’s knee and is expecting to have him by the season opener versus the Chicago Bears, via Stu Jackson of the team’s official website:

Scott hurt his knee during that same Tuesday practice. McVay on Thursday described Scott’s injury as “a little bit of a sprain of the knee.”

However, “the goal is to have him ready for the Bears game,” McVay said.

Having Scott likely miss the preseason is hardly ideal. His role as a backup meant he was primed to see plenty of action over the top of this defense.

Regardless, it is certainly encouraging to see that Scott may not have to miss any time during the regular season. Although the Rams will continue to take a cautious approach with his recovery, the secondary should have one of its key rotational players back for the Bears.

Scott is not the only defensive back currently ailing from an injury. Cornerback ﻿Darious Williams﻿ suffered an ankle injury in the same practice.

Like Scott, McVay did not deem Williams’ injury to be too serious and he expects him to make his return in the coming weeks.

The slew of injuries to the secondary will give players that may be on the roster bubble an opportunity to secure a job. This includes players such as JuJu Hughes, J.R. Reed, and Brontae Harris.

Rodgers hails 'outstanding' Leicester and outlines his target for the season