Chelsea striker Romelu Lukaku says that his goal on his second debut for Chelsea ranked as the best Premier League goal of his career.

The Belgium international made an instant impact upon his return to the Blues at the Emirates Stadium. In fact, it only took him 15 minutes to readjust to the English top flight. His goal set the tone for a strong afternoon for Thomas Tuchel’s men, but a sour one for Mikel Arteta’s side.

Lukaku’s goal was also a statement. He has scored over 100 Premier League goals at the age of 28, but none of them have come for Chelsea.

Instead, they have come on loan from Stamford Bridge at Everton and West Brom, as well as at Manchester United.

As such, to instantly prove himself for Chelsea in the top flight marked a special moment for Lukaku.

He told beIN Sports: “Yes, that one was the best [Premier League goal] for me.

“You guys know how emotional it was today. This one is the best of the lot. Obviously, it was only a tap-in but the build up was nice so for me this one was the best.

“It took five minutes or so to understand the movements of my team-mates but I asked a lot of questions. To be honest, this group is very, very talented and hungry.

“It was easy for me to fit in because I played this way with the Belgian national team. The coach prepared us well and we came in with confidence and got a good result.”

Lukaku scored his goal in the trademark fashion which has earned him a reputation as one of Europe’s deadliest strikers.

He held the ball up, allowing his team-mates to advance while dragging defenders towards him. Then, after dropping the ball off, he bullied his way into the box and tapped home Reece James’ cross.

However, he caused further mayhem for Arsenal throughout the match and Lukaku had a simple verdict for his display. 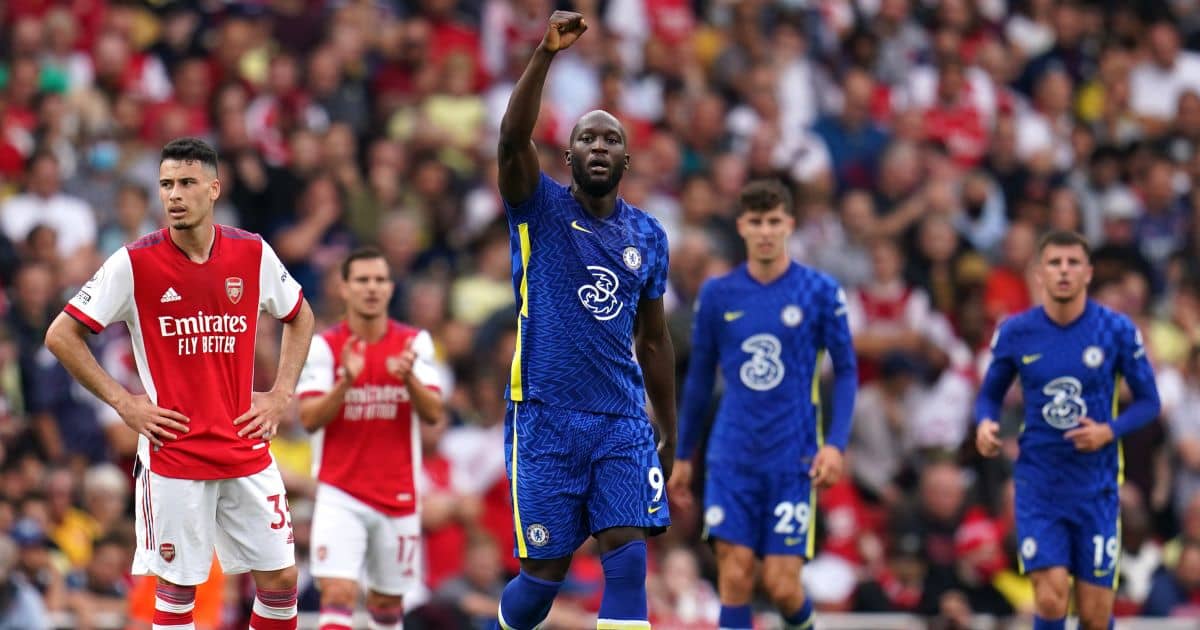 “Dominant, I would say. I try to improve every time, I have a long way to go, but today was good to win and to start well,” the Belgian said in a separate interview with Sky Sports.

“Now we have to keep working, keep building and keep getting stronger because the Premier League is a very competitive league. We’re ready for the challenge and hopefully we can improve on this.

“You want to work hard for the team, you want to win, you want to score your chances. It’s something I’ve learnt and worked really hard on, and I keep working at it because this team is very talented.

“They’re the European champions but they want to keep building, I want to keep winning. We have to keep fighting, working hard and keep delivering performances like this.”

Chelsea boss Thomas Tuchel – who was working with Lukaku for the first time in his coaching career on Sunday – said he felt “curious” to see how the striker fitted into his team.

In his post-match reaction, the manager hailed his star man’s performance.

Ten of the most controversial moments in Premier League history – Cantona, Pardew, Suarez…

Eight players who did nothing at Liverpool but shone after leaving

3 bold predictions for the NBA draft and offseason

Will Orlando Magic fans be happy with Jabari Smith Jr.?

NBA GM on Rob Pelinka: “He was an asshole as an agent”

PBA hopes to begin scrimmages by May 16, awaits IATF approval