The New York Giants took another step toward getting ready for the 2021 regular-season with their second preseason game against the Cleveland Browns on Sunday.

After a week of joint practices with the Browns, the Giants dropped to 0-2 on the preseason with a 17-13 loss at FirstEnergy Stadium.

One player who looked much better and more improved in the second preseason game was running back Devontae Booker.

Late in the first quarter, Booker scored for the Giants from one-yard out.

Devontae Booker pounds it in for a Giants touchdown! Giants tie it up 7-7 pic.twitter.com/KRLLS5P5ib

Booker ended the game with six carries for 27 yards and one touchdown. He also had two catches for 13 yards, giving him 40 total yards on the day.

With Saquon Barkley’s status for Week 1 unsure heading into the regular season, Booker looked more like a player who can handle an expanded role for the Giants.

Even if Barkley is ready to go for Week 1 against the Denver Broncos, Booker will probably still see action as the second running back for the Giants. And after his performance in Cleveland, the team should feel good about him being able to give the Giants a solid effort on the field. 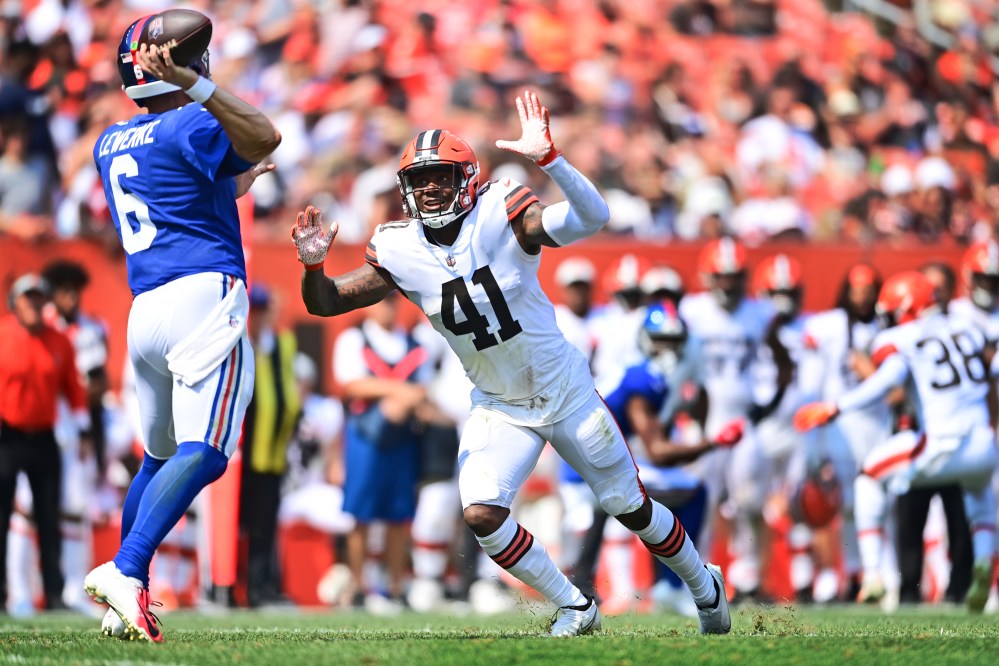 C.J. Stroud, Bryce Young, and Will Levis go in the first nine picks

Tyreek Hill has wild comparison for connection with Tua Tagovailoa

Elton Jantjies cleared to fly for Boks over flight incident