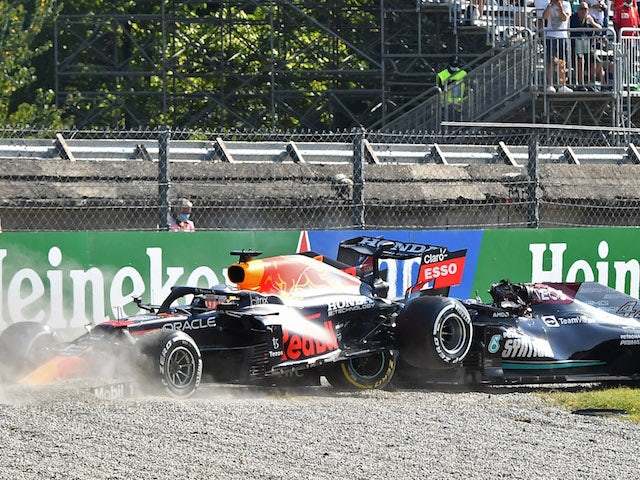 Dr Helmut Marko has poured fuel on the fire by suggesting Mercedes is to blame for revving up the controversy surrounding the Max Verstappen-Lewis Hamilton crash.

Dr Helmut Marko has poured fuel on the fire by suggesting Mercedes is to blame for revving up the controversy surrounding the Max Verstappen–Lewis Hamilton crash.

Championship leader Verstappen retained his title lead at Monza last Sunday due to his collision with Mercedes’ Hamilton in the first chicane.

“Lewis gave a lot of space in turn 4 on the first lap and avoided a collision,” Wolff is now quoted by Corriere dello Sport.

“But I am perhaps more unsportsmanlike than Lewis because I would have finished the race there. At least we would have fewer miles on the power unit right now.”

Wolff’s suggestion is that it is only Hamilton who tries to avoid collisions between the pair as they battle for the 2021 world championship.

“We have to avoid this in the future – that two drivers can collide for tactical reasons because they know they have lost the position,” said the Austrian.

“The first lap showed what both drivers can do to avoid an accident – if one is a bit tough, the other can avoid him,” added Wolff.

But fellow Austrian Marko thinks both Wolff and Hamilton are guilty of revving up the affair with their “stories”.

“All the stories surrounding this were brought up by Mercedes,” the 78-year-old Austrian insists.

“Verstappen had already got out of his car when Hamilton tried to get his car out of the gravel. The medical car saw that too and drove on.

“And then they put on this show that poor Hamilton is suddenly injured,” Marko added.

As for the claim that Verstappen deliberately took his rival out to prevent Hamilton from getting ahead and winning at Monza, Marko insisted: “What nonsense.

“Mercedes was too slow for that.”

Finally, Marko dismissed the ongoing suggestion that Mercedes will no longer add even a single update to its 2021 car for the rest of the title battle.

“I don’t believe a word they say about it,” he said.

“The five points that we are ahead by means nothing. It will be exciting until the last race.”

Mercedes are back in F1 title fight, declares upbeat Wolff after car upgrades | Formula One

Tech Draft: F1 on an innovation renaissance in 2022?