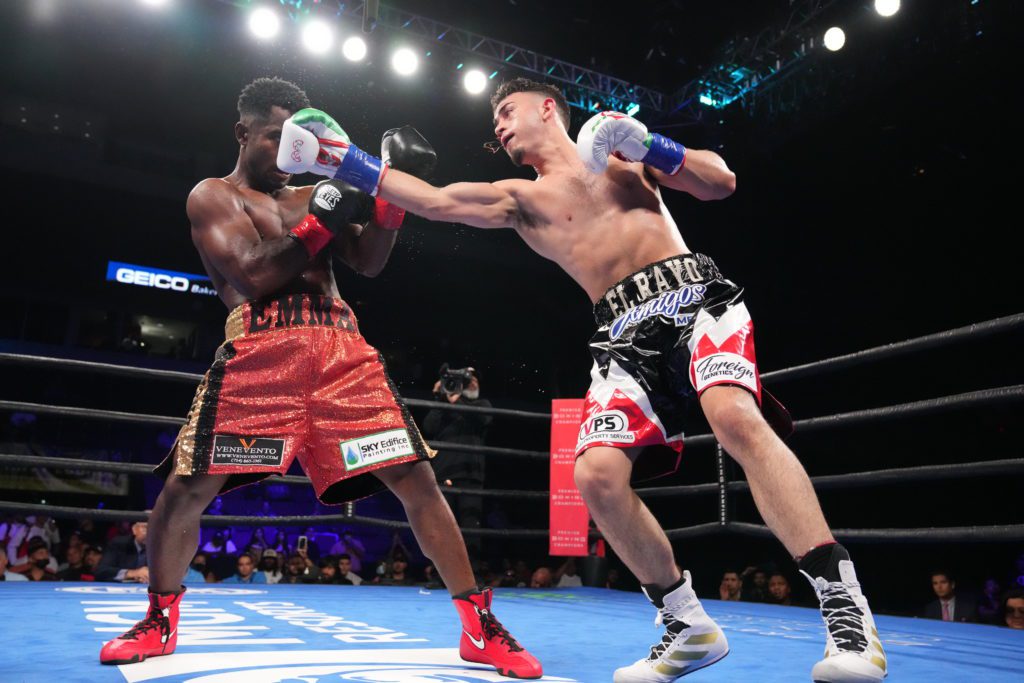 In the fourth and fifth rounds, Berrio found a bit of a rhythm with his unorthodox style and landed a few clean shots on Valenzuela.

However, Valenzuela made some adjustments, continued to severely outwork Berrio and dominated much of the second half of the bout.

The tenth and final round was an all-out slugfest with both fighters landing their share of blows, but Valenzuela survived the best of what Berrio had to offer and cruised to a wide decision victory.

De Jesus seemingly jumped out to an early lead, landing several powerful overhand rights in the third round that resulted in a cut opening up on Chance’s forehead.

In the fourth round, Chance and De Jesus got twisted up with Chance bending down to stabilize himself. As Chance leaned forward, De Jesus landed a blow to the back of Chance’s head. Referee Jerry Cantu immediately deducted a point from De Jesus for the infraction.

Midway through the fifth stanza, De Jesus scored a sensational knockdown with a massive right uppercut to Chance’s jaw. Chance picked himself up off the canvas and complained to Cantu that he couldn’t see anything. Cantu called for a timeout to have the ringside physician examine De Jesus’ eyes and the physician approved the fight to continue.

Although De Jesus dominated the action throughout and scored the only knockdown in the contest, the point deduction resulted in a majority draw with both Chance and De Jesus maintaining their undefeated records.

Medina, who had never fought beyond the first round in his young career, knocked down Abdullah with a short, right uppercut in the opening frame.

On Eve Of Usyk-Joshua Rematch, Saudi Woman Given 34 Year Prison Sentence For Her Tweets

Editor’s Letter: A new dawn for the heavyweight division… or is it?

Robeisy Ramirez vs. Jessie Magdaleno to fight on Lomachenko vs. Ortiz undercard

Russell Westbrook Says He Was Never Given Fair Chance In LA