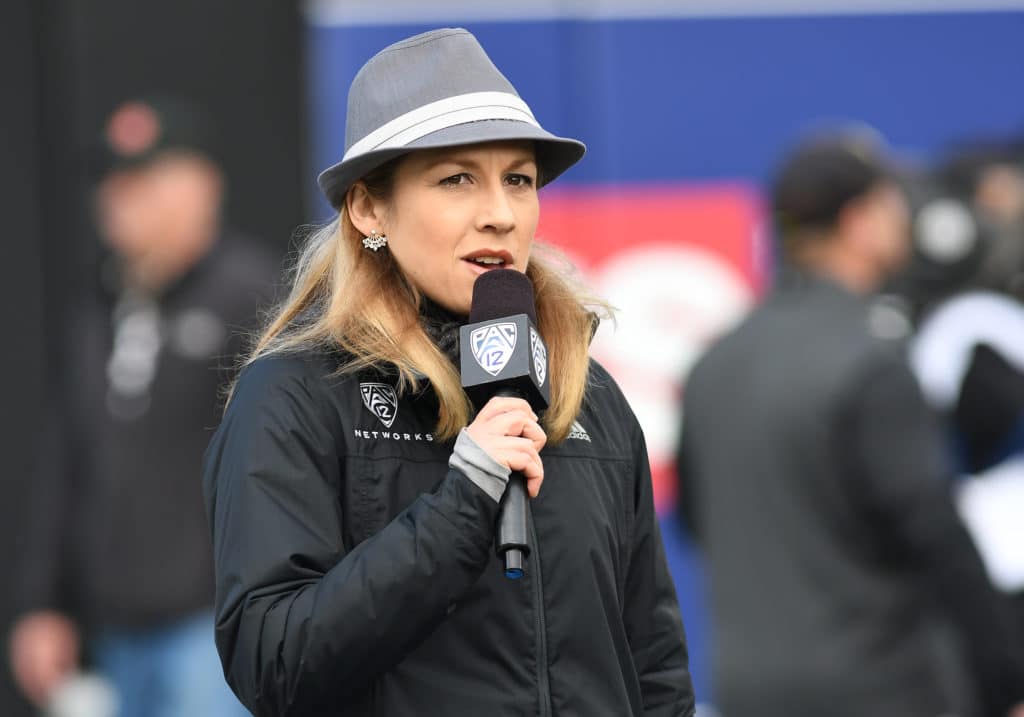 The Philadelphia 76ers have reportedly found their replacement for longtime play-by-play commentator Marc Zumoff, who retired earlier this year after 27 seasons with the team.

Kate Scott is in line to take over next season, according to the Philadelphia Inquirer.

She will be the first woman in Philadelphia sports history to call games full-time in any of the four major men’s sports teams.

Scott is a California native who currently works with the Pac-12 network, where she has been since 2015.

Her resume is quite impressive, calling NHL games, college football games, and NFL games on the radio.

She has also called games for the Golden State Warriors, and over the summer, was a play-by-play commentator for a number of men’s and women’s basketball games at the Tokyo Olympics.

Her trailblazing doesn’t start with the full-time Sixers gig.

Scott was a part of the first all-female NHL broadcast back in March.

That same month saw her participate with the first all-female Warriors broadcast.

Kate Scott follows in the footsteps of newly hired Lisa Byington, who will be the play-by-play broadcaster for the Milwaukee Bucks this upcoming season.

The Philadelphia 76ers open up the preseason on October 4 against the Toronto Raptors.

Kevin Durant Has No Plans To Retire

Nuggets’ Bones Hyland is ready to step into a bigger role

Giannis Antetokounmpo Open to Playing for Chicago ‘Down the Line’

F1 | Ferrari – Red Bull alliance on porpoising: “For the good of Formula 1”

Will Leighton Vander Esch return to the Dallas Cowboys in 2022?

Manuel Charr Back With Or Without Lovejoy In May

Talen Horton-Tucker working out with J. Cole and Phil Handy

Schumacher can’t “expect to have it too easy”