Australians off to a winning start at Indian Wells | 5 October, 2021 | All News | News and Features | News and Events

Three Australian women, including in-form Maddison Inglis, have progressed to the final qualifying round at Indian Wells. 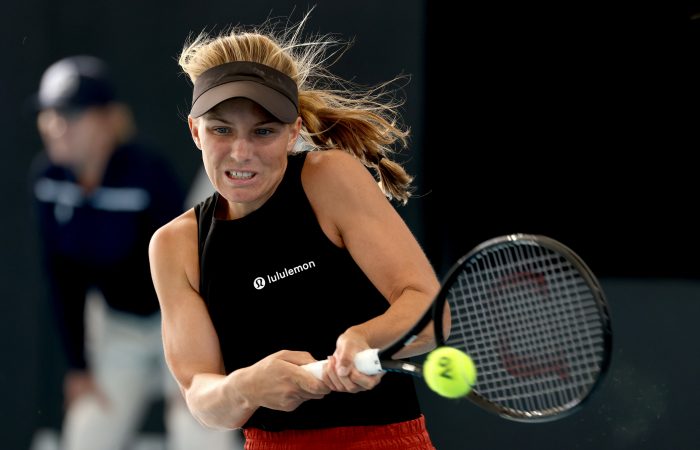 Maddison Inglis, Astra Sharma and Priscilla Hon have made perfect starts to their qualifying quests at Indian Wells.

Brimming with confidence after reaching the second round as a qualifier at a WTA 500 tournament in Chicago last week, Inglis continued her impressive momentum to record a 7-6(2) 6-2 victory against Georgia’s Mariam Bolkvadze.

The 23-year-old from Perth, who is currently ranked No.127, now plays American Alycia Parks for a place in the main draw.

Sharma was forced to dig deep to overcome American wildcard Elvina Kalieva, eventually prevailing 4-6 6-1 6-3 in a two-hour and 16-minute battle.

The world No.102 will face another American wildcard in the final qualifying round – 19-year-old Peyton Stearns, who eliminated former top-10 player CoCo Vandeweghe today.

Priscilla Hon was leading 6-3 4-0 when Bulgarian Viktoriya Tomova retired in their first-round clash.

The 23-year-old meets Russian Anna Kalinskaya for a place in the main draw. It is a rematch of their final qualifying round clash at Wimbledon earlier this season, which Kalinskaya won in three sets.

Indian Wells is one of the biggest tournaments on the tennis calendar outside the four Grand Slam events. It is traditionally played in March, but moved to October this year due to the COVID-19 pandemic.

French Open 2022: Schedule of Play for Wednesday May 25

Roland Garros: Tomljanovic stuns Kontaveit to reach second round | 24 May, 2022 | All News | News and Features | News and Events

6 more players confirmed for the Fijian Drua including another Olympic gold medalist : rugbyunion

[Juan Manuel Correa] It feels strange to be back here as a driver. I feel humbled to have the opportunity to keep doing what I love and try to find comfort in the fact that he would have done the same thing. This and every weekend we race for you my friend : formula1