Almost all Formula One teams have already signed contracts with the drivers for 2022. And if an extension of the contract with Mick Schumacher is expected in Haas, then who can become Valtteri Bottas’ teammate in Alfa Romeo is not yet clear. Different drivers are called applicants for a seat in the team. But in fact, all eyes are on the “youth” of Formula 2.

Most of the rumours revolve around Guanyu Zhou, a Chinese racer who is currently second in the drivers’ championship. Also Théo Pourchaire, a young racer from France. He is now in fifth place. And then there is Robert Shwartzman, who is spending his second Formula 2 season for the Italian PREMA Racing.

On the eve of the Russian Grand Prix, we talked to Robert Shwartzman as part of an interview for the Paddock Magazine, where we discussed his results in the first part of the season, learned about the main contenders in the fight for the title, asked how hard is it for a young driver to get into Formula 1, and also raised the topic of moving the Russian Grand Prix from Sochi Autodrom to Igora Drive.

I am always ready to fight for the title. It is the only target that we have this year. What about the contenders, well, I think one of them is my teammate [Oscar Piastri], as well as Guanyu Zhou, Dan Ticktum, and Jüri Vips. These people are pretty close around, they are quite competitive and strong. So with them, it is going to be a fight for the title.

Robert Shwartzman is a 22-years-old Russian driver who started his career in motorsport at the age of four. Shwartzman is considered one of the most successful Russian karting drivers in history. He is also a 2019 Formula 3 Champion, a member of Ferrari Driver Academy. He started his first season in Formula 2 in 2020 very confidently, breaking into the championship leaders, but finished it in fourth place. Nevertheless, the driver claimed 4 victories, finished 6 times on the podium and started 2 times from pole position. This year, the Russian has won two times in 15 races of the season and has climbed to the podium twice, earning good points. We asked Robert how he evaluates his results based on the past races: 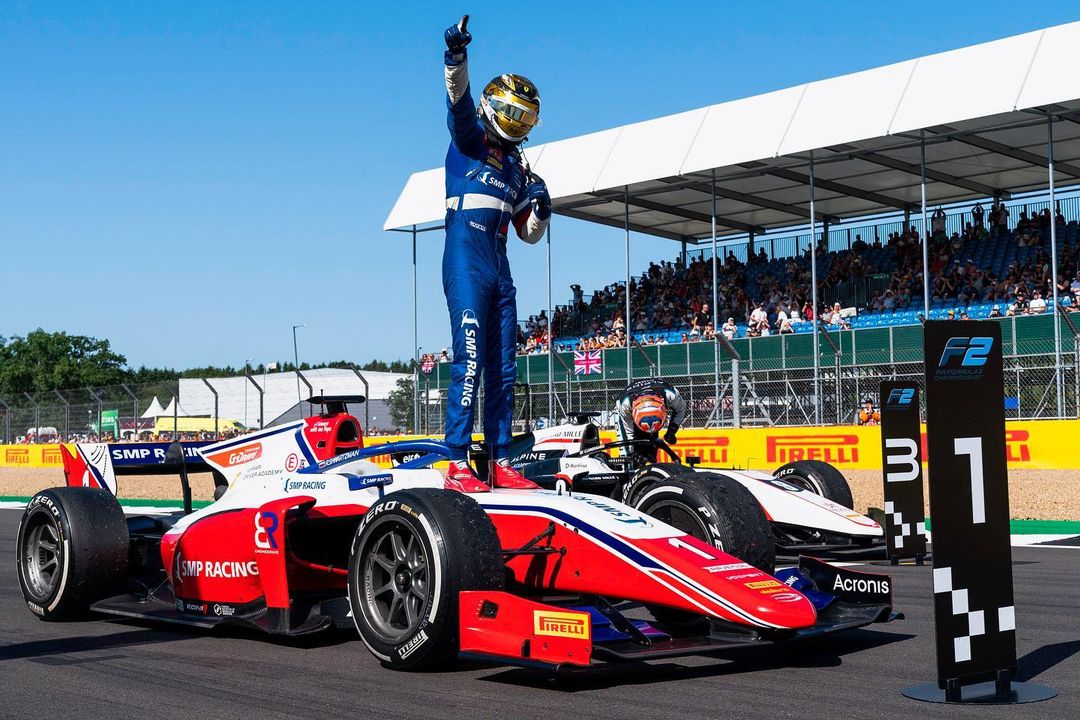 “Well, it is not bad results, but I think we can and we could have done better work with a few upcoming races. Therefore, there are still three stages left and we are looking forward to them to make a change.”

Going back to the first part of the season, Shwartzman had a successful weekend in Baku where he claimed the first win of the season. The Russian made a brilliant breakthrough from 10th place to third! At Silverstone he also won one of the races, after starting from the fourth position, the driver immediately managed to become the leader thanks to a jerk along the internal trajectory. And even despite several restarts, Shwartzman confidently kept the first position until the finish. Robert shared with us his emotions:

“In Baku it was awesome! Every win or every podium is interesting when you come through the field. It is always fun, it is always nice. It is just special, it was that moment of happiness.

But you also need to be quite lucky because there are some different drivers with contracts and you have to be in the right place at the right time. But if one day I manage to go there I will let you know how hard it was.

“At Silverstone, the plan was to make a good start, and that was what happened when I took the lead. At this stage, I was focused on looking forward and not back. Even despite there was Safety Car, I just tried to do the best race possible, to have a bigger gap as possible to the car behind. All three times were different: I was changing the restart position and therefore it was pretty good. So I managed to get a secure win.”

At the last stage in Monza, he finished in the points zone three times, taking sixth, third and sixth places again. Robert is in third place in the drivers’ championship right now, 36 points behind the leader. Does this mean that he is ready to fight for the title? And who does he see as the main contender for the title this year? 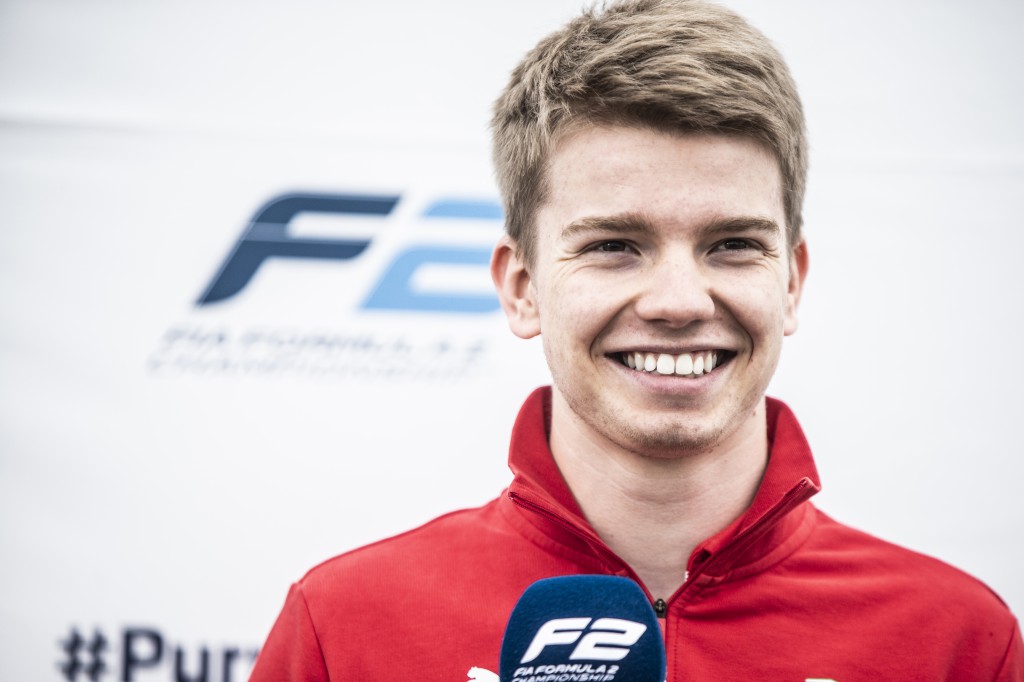 “Yes, of course. I am always ready to fight for the title. It is the only target that we have this year. What about the contenders, well, I think one of them is my teammate [Oscar Piastri], as well as Guanyu Zhou, Dan Ticktum, and Jüri Vips. These people are pretty close around, they are quite competitive and strong. So with them, it is going to be a fight for the title.”

This year the regulations have changed in Formula 2. Two Sprint Races are held on Saturday, and the Feature Race takes place on Sunday. How does Robert feel about this format?

“I have to be honest, this calendar and this type of racing are a bit more tricky to show your own consistency and performance. But we just need to adapt ourselves to it, and do the best job as possible.”

The next stage of the championship will take place in Sochi, where Robert Shwartzman won the title in Formula 3 two years ago! Does this fact somehow affect him in the coming weekend, when he is going to perform on this track again, but in a different racing series?

An F1 car is just another thing with a big amount of speed in the corner. But how much downforce and power it has! It is incredible! The F2 car is a very quick car too, but not even close to the F1 one.

“Yes, two years ago was a very big day for me, it was an awesome day! It was basically the final round of the championship. This time it is not going to be such a case for us, but it is still a very important race for me because I really want to dominate in it. I want to have another special memory from Sochi. Just win the race or get many podiums for good points and to go away happy after the weekend.”
Robert Shwartzman lives in St. Petersburg, where in 2 years’ time the Russian Grand Prix will move to the Igora Drive racetrack. It is interesting, has Robert been on this track before?

“It is nice! It is lovely! It is just half an hour from my home and it feels great. Hopefully, I am going to have a proper race there and I would really like to have a race. It is just a completely different track in terms of design and location in comparison to Sochi. I have never raced there before, but I think it will be special. Of course, I will miss Sochi! I have so many good memories of that track. Especially 2019 was very special.” 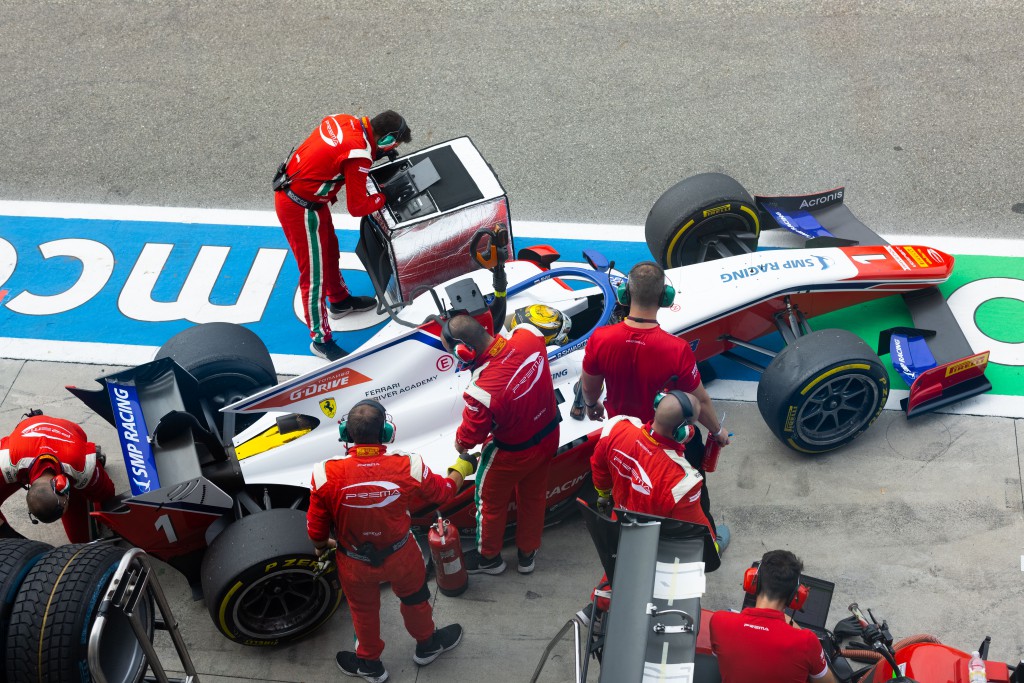 Speaking about Formula 1, last year, many motorsport fans, especially from Russia, were waiting for Robert to come to Formula 1. How hard is it for a young driver to get there?

“To be honest, it is really hard. It is a very difficult task. There are only a few spots available every year. It is a bit of a different situation because I am not sure about what exactly the driver should do. Obviously, to win, to be very strong and quick, but as well I know there are some other characteristics that can help. But you also need to be quite lucky because there are some different drivers with contracts and you have to be in the right place at the right time. But if one day I manage to go there I will let you know how hard it was.”

In December of 2020, Shwartzman took part in the Formula 1 youth tests in Abu Dhabi at the Yas Marina circuit behind the wheel of a Ferrari car. The driver shared his impressions and told about the difference between F1 and F2 cars, as well as the possibility of getting Friday free practices for the rest of the season: 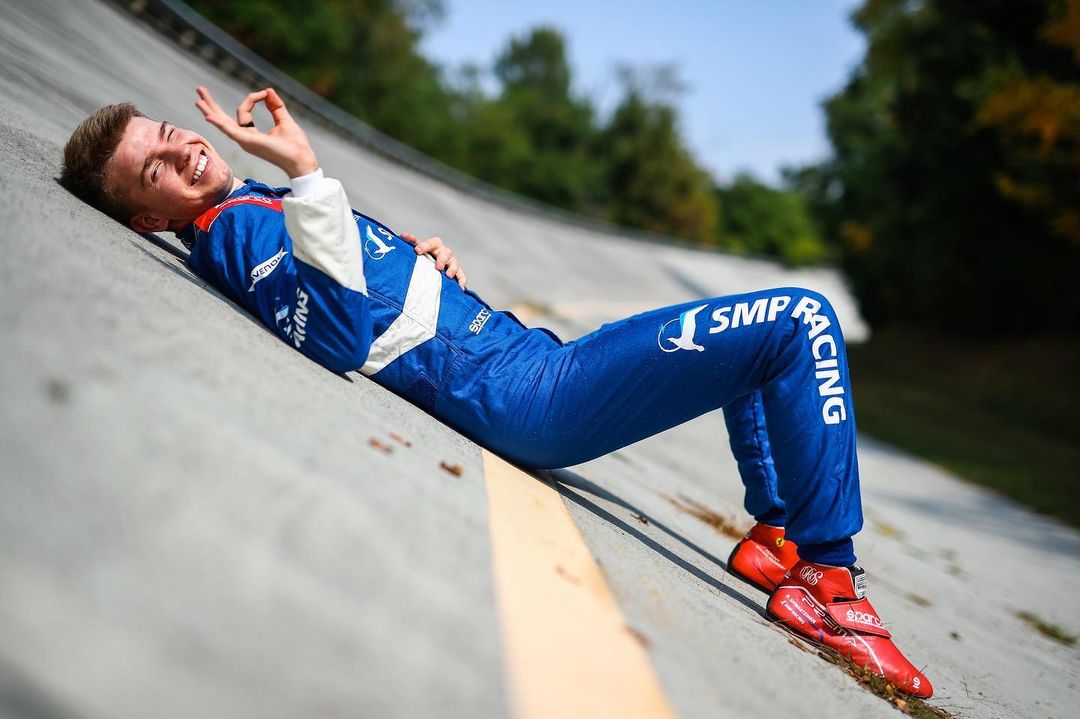 “Well, it is a huge difference. An F1 car is just another thing with a big amount of speed in the corner. But how much downforce and power it has! It is incredible! The F2 car is a very quick car too, but not even close to the F1 one.

“As for Friday’s free practices, to be honest I don’t know. I haven’t discussed it with anyone yet, but my focus is a bit more on how to improve my championship standings in Formula 2. But if there will be some opportunities for sure I will take them.”

The next Formula 2 stage will take place in Sochi this week, the other two stages will be held in Jeddah and Abu Dhabi. We would like to thank Robert Shwartzman for the interview and wish him good results for the remaining nine races of the season.

Jastina has been a sincere fan of Formula 1 for a long time. Working at the media centre of the Russian GP since 2015, in 2018 she began her career as a sports journalist. Since then, she has been working at many motorsport events and projects. Jastina writes on various topics and interviews drivers. Also working in the field of mobile applications, she tries to be on trend and has blogs on social networks. Her Instagram: @jessfone

Ferrari new low-drag wing to help in Red Bull battle, but not a game-changer

“It was a very beautiful period”