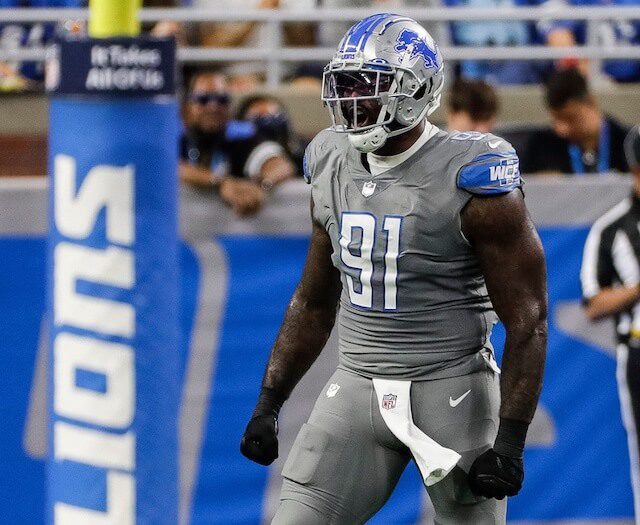 The former No. 14 pick in the 2012 NFL Draft was one of the few holdovers from the team’s relocation to L.A. and played an integral role in leading the resurgence to perennial playoff contenders. However, he was ultimately traded to Detroit in exchange for a seventh-round pick as the team looked to clear up some much-needed cap space this past offseason.

Brockers is now set to make his return to SoFi Stadium with the Lions paying the Rams a visit in Week 7. Even if the trade may have caught him off guard, the veteran says there are no hard feelings between him and his former team, via Dave Birkett of the Detroit Free Press:

“It’s the next one,” he said. “I’m very professional about how I go about my business. Yes, I do have a lot of ex-teammates on that team and a lot of good friends. There was no love lost between me and the Rams when I left, so it was just about understanding the pro, I made a pro decision. I came here. We’re in this position and we just got to move forward.”

Brockers is not the only one that will be experiencing some nostalgia this weekend. Quarterbacks Matthew Stafford and Jared Goff will also be squaring off against their old teams.

Brockers famously credited the Rams with finding an upgrade under center following the acquisition of Stafford. The veteran was then forced to walk back on his comments once it became known that he would be reuniting with his former teammate in Goff.

Despite the rough start in Detroit, the move has panned out for Brockers from an individual standpoint. The 30-year-old signed a three-year, $24 million deal this offseason and has registered 18 tackles and one sack in six starts so far.

It is no secret that the Lions are still a work in progress following an 0-6 start to the season and a showdown with the 5-1 Rams leaves little optimism that will change in Week 7. Even if there is no sense of hostility between both sides, it is an ideal opportunity for players like Brockers and Goff to exact a small taste of revenge with a strong performance.

Gonzalo Fernandez-Castaño: "It is special"

Where are they now? The 15 kids handed Man Utd debuts by Van Gaal

Esteban Ocon: ‘I was young but didn’t have the right to fail, I had to succeed’ | Formula One