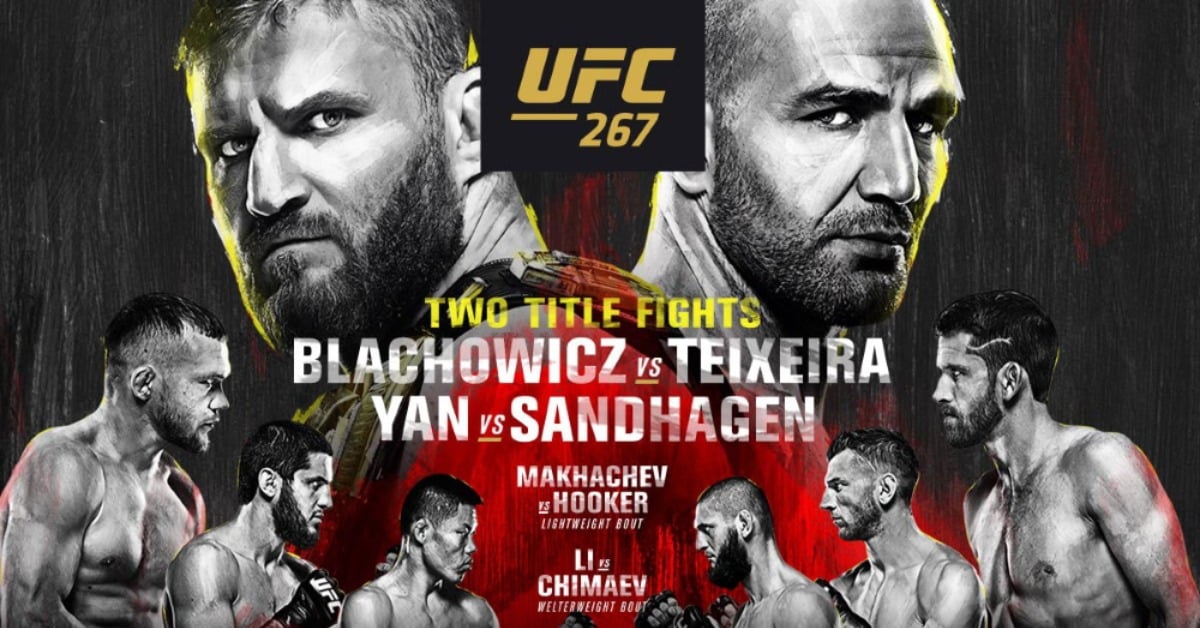 LowKick MMA will be bringing you UFC 267: Blachowicz vs. Teixeira results throughout the night (Sat. 30th. October 2021) from the Etihad Arena on Yas Island in Abu Dhabi, UAE.

Blachowicz enters his second consecutive event headliner off the back of his first successful title defense back in March at UFC 259, when he handed middleweight champion, Israel Adesanya his first professional loss in a unanimous decision victory over the course of five rounds.

In his first bout since dropping his undisputed title via disqualification back in March at the aforenoted UFC 259 event, Yan looks to rebound from his first promotional loss after he landed an illegal knee on now-champion, Aljamain Sterling.

Suffering a close split decision loss against former two-time division champion, T.J. Dillashaw back in a July headliner in Las Vegas, Nevada — dynamic Elevation Fight Team trainee, Sandhagen had scored a pair of stunning knockout wins over both Frankie Edgar and Marlon Moraes prior to the judging defeat.

After Resetting The Luxury Tax Penalty, Is Another Yankees Spending Spree In The Works?

If Usyk was Anthony Joshua’s final fight on Sky Sports, it was a fitting send off