Marko singles out one advantage for Mercedes in 2021

Helmut Marko believes this year’s title battle will be decided by Max Verstappen and Lewis Hamilton rather than by their equipment but concedes that Mercedes holds one key advantage over Red Bull.

The championship fight between Formula 1’s two protagonists will resume next weekend in Mexico. Verstappen leads Hamilton in the championship by 12 points while Mercedes still holds an edge over Red Bull in the Constructors’ standings of 22.5 points.

It was generally accepted that Red Bull had the faster car in the first half of the year, but Mercedes’ W12 has enjoyed an upswing in performance in the back half of the season.

Red Bull has attributed its rival’s improvement to the W12’s clever rear suspension system that decreases drag and boosts the car’s velocity on the straights.

Mercedes on the other hand claim that a better understanding of the car’s set-up has allowed the German outfit to put its contender in the “sweet spot”.

Marko agrees with the latter and suggests that the Brackley squad has an ability to extract the most of its car a lot faster than Red Bull can with its “complex” RB16B. 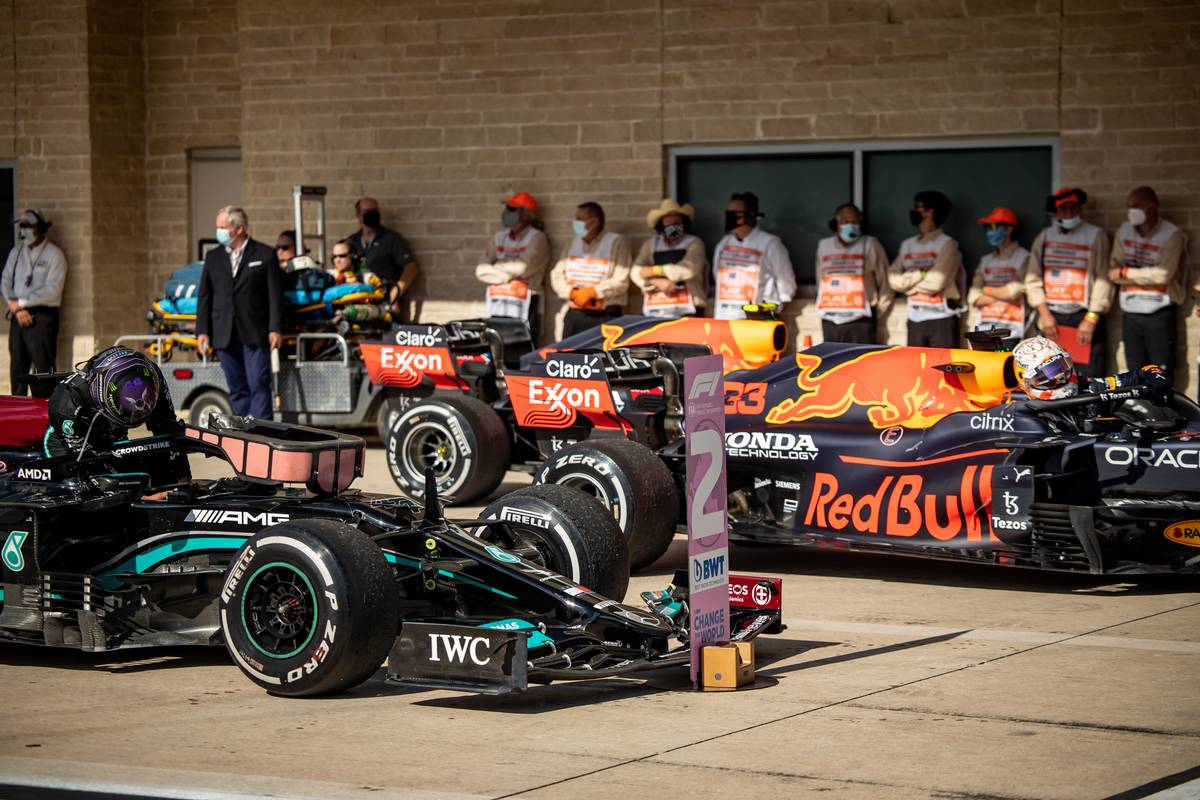 “It looks like Mercedes are much quicker to get their car to the right set-up,” the Austrian told told Autosport.

“We have a more complex car and on average it takes us longer to do it, but still there are only two drivers who always get the maximum out of it. That’s Hamilton at Mercedes and Max with us.

“The number two drivers, Perez, thank God, is on the up, but also Bottas – he did a sensational race in Turkey and more than average in Austin.”

Although he believes Mercedes holds an advantage in terms of set-up capacity, Marko insists it is Verstappen and Hamilton who will make the difference at the end of the day.

And the Austrian reckons his star driver can beat his nemesis to the checkered flag even if Hamilton is at the wheel of a faster car, as was the case in the recent US Grand Prix.

“In the end, these two exceptional drivers keep this duel going, no matter if it’s the Mercedes car or the Red Bull that is faster.

“Overall, it’s the driver who makes the difference. And those drivers are so strong that Verstappen can also beat a faster Mercedes on hard tyres.”

The post Marko singles out one advantage for Mercedes in 2021 appeared first on F1i.com.

Alexandre Pantoja vs. Brandon Royval in the works for UFC event on Aug. 21

Jeremy Stephens felt he was ‘getting iced out’ of UFC