Australia rises to No.1 in Billie Jean King Cup rankings | 10 November, 2021 | All News | News and Features | News and Events

After a semifinal appearance at the 2021 Billie Jean King Cup Finals, Australia is now the competition’s top-ranked nation. 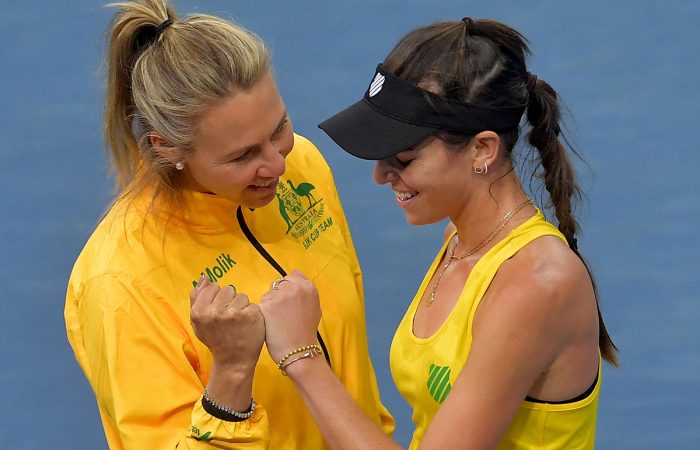 The International Tennis Federation published the latest rankings today, with Australia rising from second position to replace 2019 champions France atop of the ranking list.

It is the first time Australia has topped the Billie Jean King Cup rankings since they were introduced in 2002.

For the first time ever, Australia have been hailed world No.1 in the latest rankings#BJKCupFinals | @TennisAustralia

The Billie Jean King Cup rankings are based on results over a four-year period, with recent performances weighted more heavily.

Australia finished as runner-up in the 2019 competition and made a spirited semifinal run at the 2021 edition last week in the Czech Republic.

Australia becomes the sixth nation to hold the No.1 position over the past 19 years, following France, Slovakia, Russia, Italy and the Czech Republic.

Australia plays its next Billie Jean King Cup tie in April 2022, facing Slovakia at home in a qualifying tie.

The Australian Davis Cup team, currently ranked No.11 in the Davis Cup rankings, competes at the 18-nation finals in Italy later this month.

Alex de Minaur Coach Gutierrez At Wimbledon: ‘There Are No Secrets Between Us’ | ATP Tour

Swiatek loses, Nadal scolds Sonego, and Kyrgios-Tsitsipas was a circus – it all happened at Wimbledon on Saturday

Maharaj to captain Proteas in Netherlands ODI series, Parnell, Zondo back in the mix : Cricket

Haas wants to keep Fittipaldi 'in the family' in 2022

Clayton Kershaw Will Not Require Surgery, Not Expected To Pitch This Postseason

F1 a surprise second behind FE in new sustainability ranking