Dani Alves will hold talks with FC Barcelona this week over a sensational January return, according to reports coming from his native Brazil.

During his first spell as a Barcelona player, Alves outlined himself as one of the best full-backs of the modern era. Between 2008 and 2016, he provided 101 assists and 21 goals from 391 games. Now 38 years old and a free agent, he is looking for one last hurrah.

Since leaving Barcelona, Alves has spent time with Juventus, Paris Saint-Germain and – most recently – Sao Paulo. Despite leaving the Brazilian side in September, he has no intention of hanging up his boots just yet.

Alves wants to return to playing in January and is looking for the right club to finish his career with. The emotional option would be back with Barcelona.

The wing-back has previously admitted he has tried to return to Barcelona in the past, in an effort to prove them wrong for letting him go.

Now, as the La Liga club enter a new era with former teammate Xavi as head coach, Alves is being linked with Barcelona once again.

According to Brazilian outlet UOL, Alves will meet with Barcelona this week. On the agenda will be a possible deal in view of January.

It will be up to Xavi to decide whether he wants his old colleague back at the club. For now, off-the-pitch officials will discover what kind of terms Alves is looking for.

There is a mutual interest from both sides in reuniting. But no decision will arrive from Alves until the winter.

Alves would not be able to play week in, week out were he to return. However, he would be willing to help the club restore their identity and still feels he can contribute on the pitch.

During his most recent stint with Sao Paulo, he provided nine goals and 14 assists from 95 appearances.

The most decorated player of all time, he won 23 trophies during his previous stint at Barcelona and has won 20 others elsewhere in his senior career. 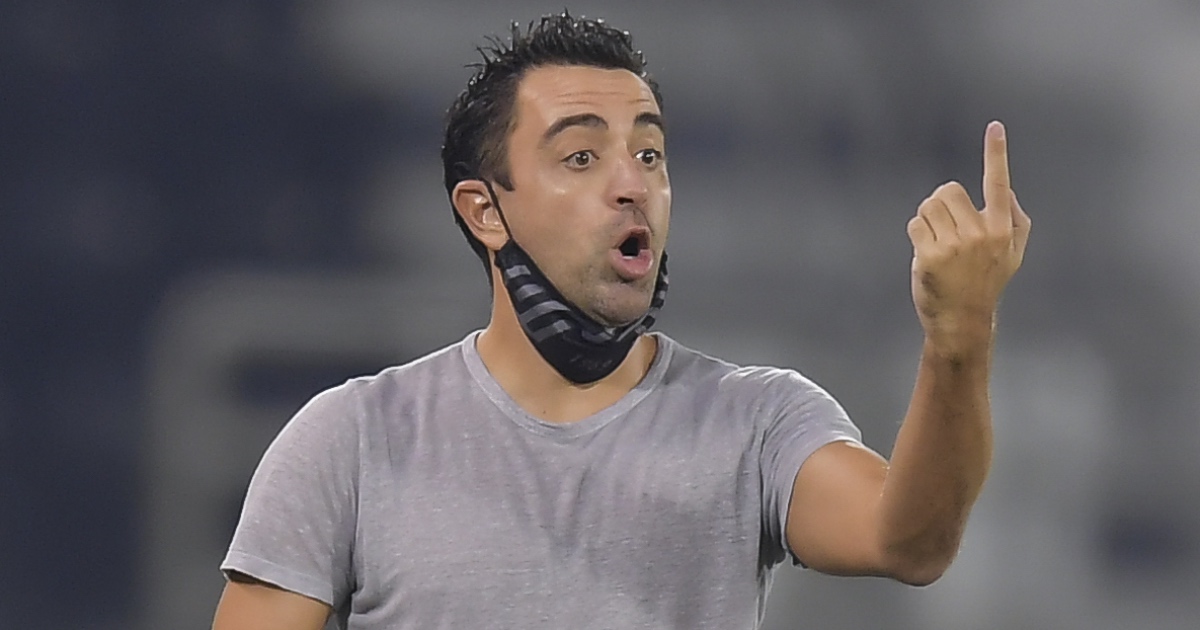 Alves is one of many players to be linked with Barcelona following the appointment of Xavi.

The ex-midfielder has replaced Ronald Koeman as head coach after holding the same role with Al Sadd in Qatar.

Xavi has his work cut out for him as Barcelona continue to feel the effects of a delicate financial situation, which contributed to their loss of Lionel Messi (and others) in the summer.

But before his appointment, there were reports detailing how Xavi would want backing in the transfer market.

Just over a week ago, El Nacional said he had proposed a list of four potential targets to club president Joan Laporta.

Among the wishlist were Paul Pogba of Manchester United (who could be available for free in 2022), Borussia Dortmund striker Erling Haaland, RB Leipzig attacker Dani Olmo and Jules Kounde of Sevilla.

It seems unlikely Barca would be able to afford all at once. But they are aiming to get things going in the right direction again. With that in mind, they will be linked with a number of top talents.

In the more immediate future, though, they may have to rely on presumably cheaper players with points to prove like Alves.

READ MORE: Barcelona stance set to backfire with Newcastle on hand to snap up attacker

Liverpool squad for Legends of the North match revealed

Mustafa Ali Throws His Hat In The Running For Blade Role

Devdutt Padikkal Among Others in Fray for Debut as Key Players Ruled Out Due to Covid-19 : Cricket