Is Tiger Woods Set To Return To The PGA Tour Next Month? 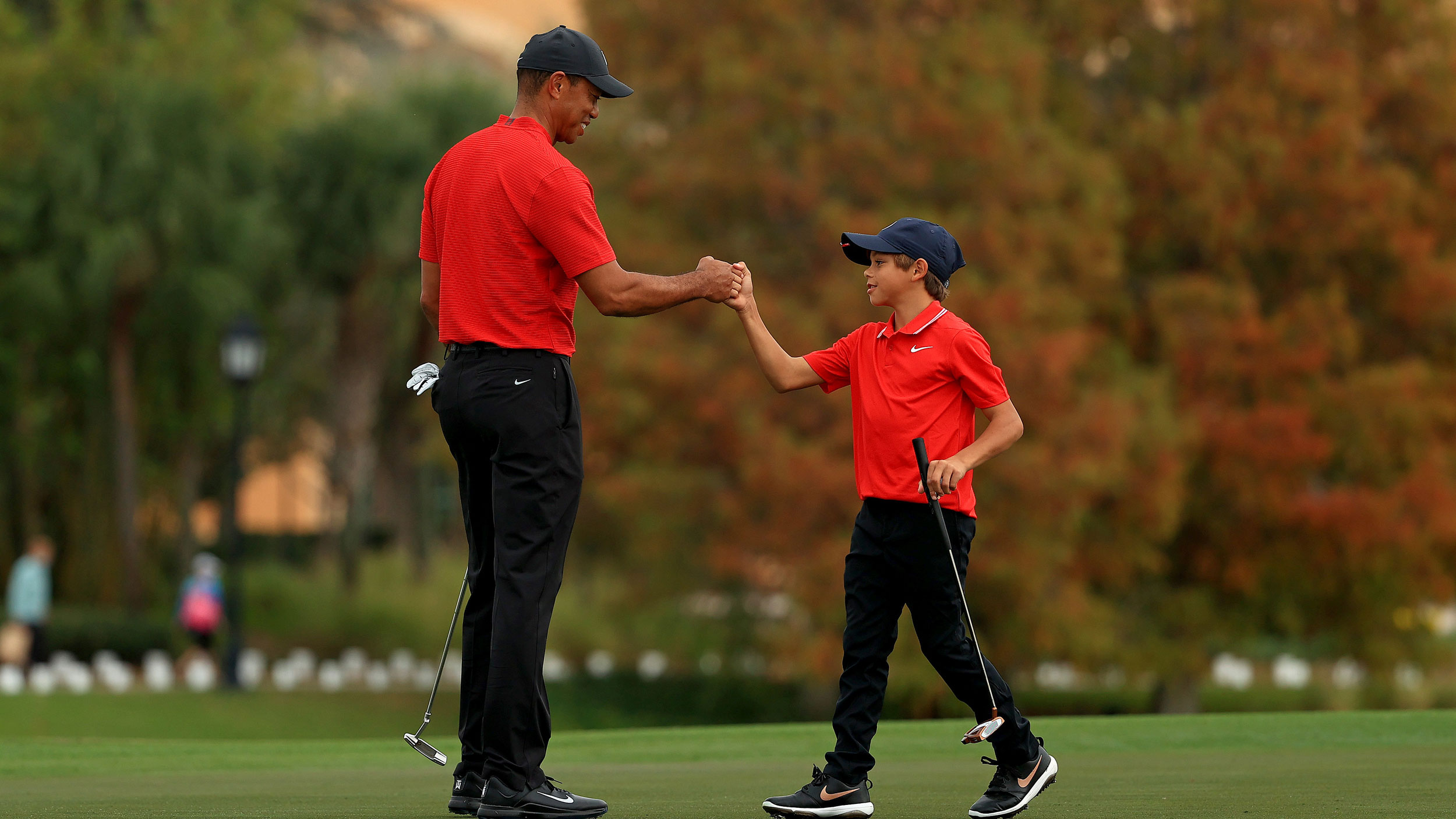 Tiger Woods lit up social media at the weekend after posting his first swing video since his horrific LA car crash in February. The 15-time Major winner suffered serious leg, foot and ankle injuries in the accident but can now walk without crutches and even hit golf shots.

The viral video, which was watched tens of millions of times, sparked speculation as to if and when the 15-time Major winner will return to action. The obvious date is Augusta in April for the 2022 Masters whilst another would be July’s historic 150th Open Championship at St Andrews.

However, we could potentially see Woods return in just three weeks time at the PNC Championship in Florida, where he and his son Charlie placed 7th last year in their debut.

The tournament features a family format where Major champion golfers team up with a member of their family in a PGA Tour-sanctioned event. The PNC Championship is reportedly keeping a spot open for the Woods duo, with a source telling Golfweek: “The message came: not just yet!”

“We can go pretty late. The draw gets done week of,” a source closely involved with the event told Golfweek. There are 18 teams currently confirmed for the PNC Championship with two free spots remaining.

Tiger would require a golf cart whilst competing, you would have to think, but he would certainly be granted permission due to his injury and the huge publicity he would give the tournament.

Woods was a huge fan of his debut appearance in the event last year alongside Charlie. “I don’t think words can describe it,” he said. “Just the fact that we were able to have this experience together, Charlie and I, it’s memories for a lifetime.”

George Kambosos Jr. finds himself more motivated than ever for Teofimo Lopez

Haywood Highsmith is the next breakout star for the Miami Heat

Four-try Ulster power past spirited Lions side in Belfast

When an old worn-out boxer dies, it won’t be an exhibition. It will be an execution

Pundit urges outcast to leave Chelsea, with two clubs among ‘many takers’