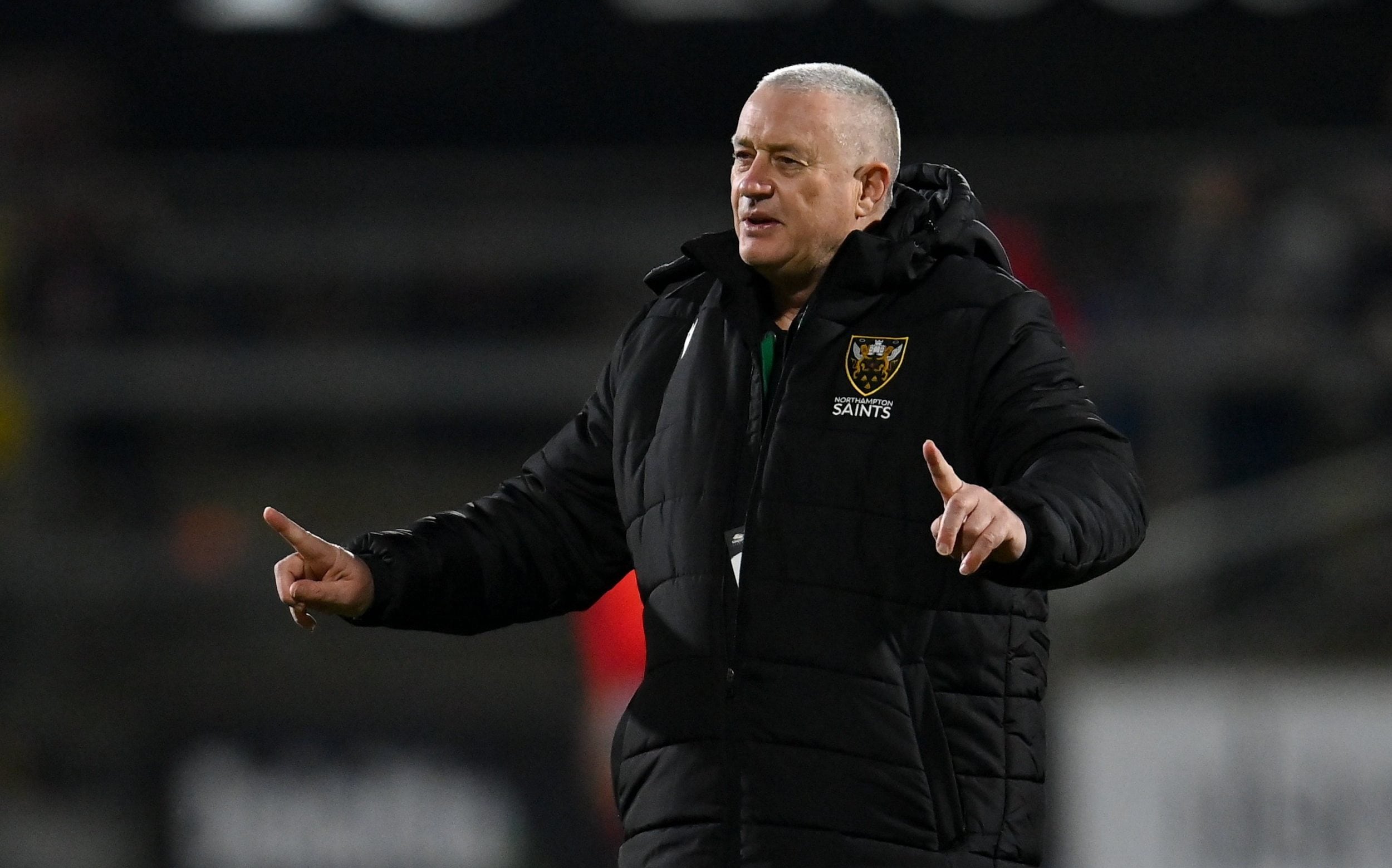 Northampton Saints director of rugby Chris Boyd has been banned for two games for criticising a referee.

The 63-year-old was unhappy with the officiating of Adam Leal in his side’s 30-6 defeat by Saracens on 2 January.

He said Leal “didn’t have enough nuts” after no yellow cards were shown to Sarries players during a series of scrums under their posts.

Boyd will miss the Champions Cup games against Ulster on Saturday and Racing 92 on 23 January.

Saints announced earlier this week that Boyd will step down from his job at the end of the season.

He will return to his native New Zealand, with Phil Dowson taking over, but will retain an advisory role with the club.

Boyd appeared at a virtual independent disciplinary hearing on Thursday and admitted a charge of conduct prejudicial to the interests of the game.

Following the match, he was quoted as saying: “He didn’t have enough nuts, did he? I mean it was a clear hinge. There was only one side under pressure in that series of scrums.”

Disciplinary panel chair Martin Picton said: “The panel concluded that the offence was to be dealt with as one amounting to disrespect of the authority of a match official and rejected the submission that the words spoken by Chris Boyd should be categorised as verbal abuse of the referee.

“The panel did, however, consider that Mr Boyd was entitled to the full available mitigation in the light of his acceptance of the charge, his obvious and genuine regret at his choice of words coupled with his apology expressed directly to the referee in question even before the potential for a misconduct charge had been raised, the impressive character material submitted in support and his impeccable discipline record.”

As well as the suspension, Boyd will also have to give two talks, one to Saints players and staff, and one to a local club or school about respecting match officials.

John Wolford To Play First Half, Bryce Perkins Second Half Against Texans

Braves Mike Soroka Out For Season

Canet fires his way to top spot in Moto2™ FP1