Ronald Araujo has become of interest to Manchester United, Liverpool and Chelsea amid a contract stand-off with FC Barcelona, according to reports.

Araujo joined Barcelona in 2018 from Boston River in his native Uruguay. He spent two seasons playing for the Barca B team, making a handful of first-team appearances as well in the second.

Since the 2020-21 season, Araujo has been a member of the senior squad in Catalonia. He played 33 times across all competitions last term and has 22 games under his belt this term.

But the 22-year-old is facing an uncertain future at Camp Nou. His contract with Barcelona expires in 2023 and his terms remain the same as those he was on as a B team player.

Araujo wants to stay with Barcelona, but knows he deserves a salary more appropriate to his role in the club now. Although he is not holding out to become one of their highest earners, it is clear he deserves something better.

The Catalan paper claims Barcelona are already aware of interest from the Premier League trio of Man Utd, Liverpool and Chelsea.

United turned to La Liga to strengthen their defence in the summer. Raphael Varane arrived from Real Madrid, but the impact has not been immediate. Besides, there have been further questions of captain Harry Maguire alongside him.

As for Liverpool, they also signed a defender before the start of this season. Ibrahima Konate joined the club from RB Leipzig, taking his place in the squad alongside Virgil van Dijk, Joel Matip, Joe Gomez and Nat Phillips. But a lack of gametime for the latter duo has raised questions of their futures.

Man Utd transfer news: Are Rice, Haaland and Zakaria any better than what Rangnick already has?

Chelsea have most pressing need for defenders

And at Chelsea, there are even more centre-backs facing doubtable situations. Cesar Azpilicueta, Andreas Christensen and Antonio Rudiger are all out of contract at the end of the season.

Therefore, finding new defenders has been a priority for a while for the Blues. And Araujo seems to be the latest name on their radar. 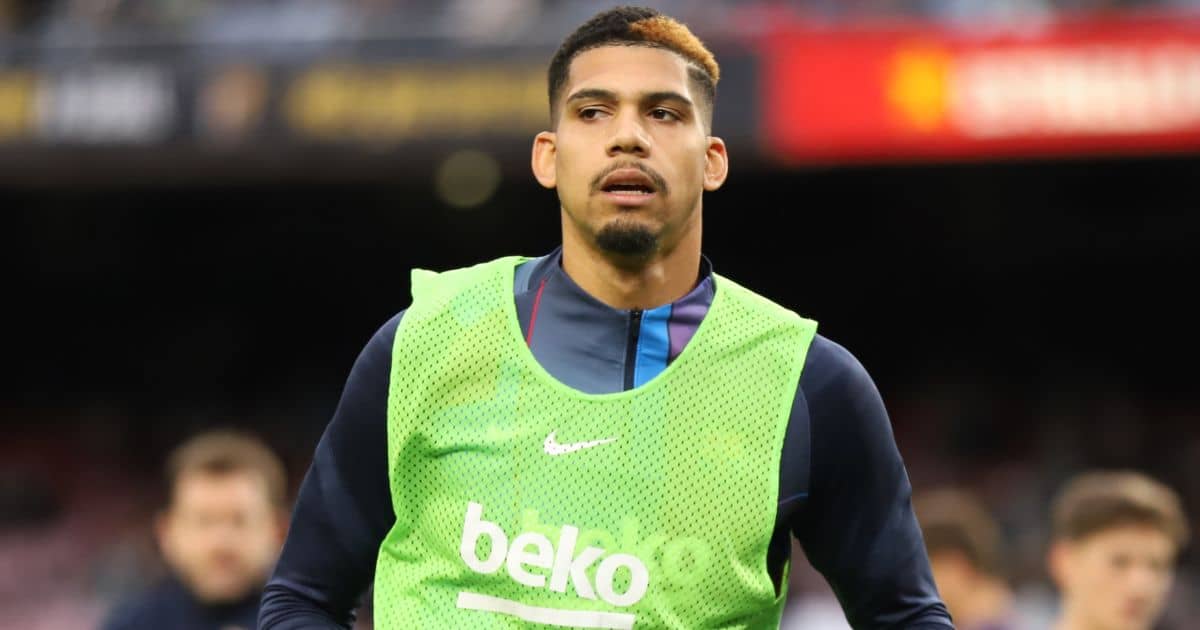 Along with United and Liverpool, Chelsea are said to have touched base with the player to enquire about his views on a transfer.

Only time will tell which route he goes down if he does decide enough is enough with Barcelona.

A more controversial move for Araujo would be to join Barca’s El Clasico rivals Madrid.

Sport also recently reported that Madrid are keeping tabs on Araujo’s situation. They lost Varane and Sergio Ramos in the summer, but only managed to sign one replacement.

David Alaba arrived on a free transfer from Bayern Munich. This year, there could be room for them to find another addition alongside him.

Snatching Araujo would cause frustrations for their rivals Barcelona. But it is something Los Blancos could consider doing.

Therefore, any of Araujo’s Premier League suitors must also be aware of the competition from La Liga.

3 steps they must take to repeat as NBA champions

Busch Beer to spend $10 million over the next three years sponsoring every female NASCAR driver over the age of 21 : motorsports

Rudy Gobert to the Warriors is unrealistic