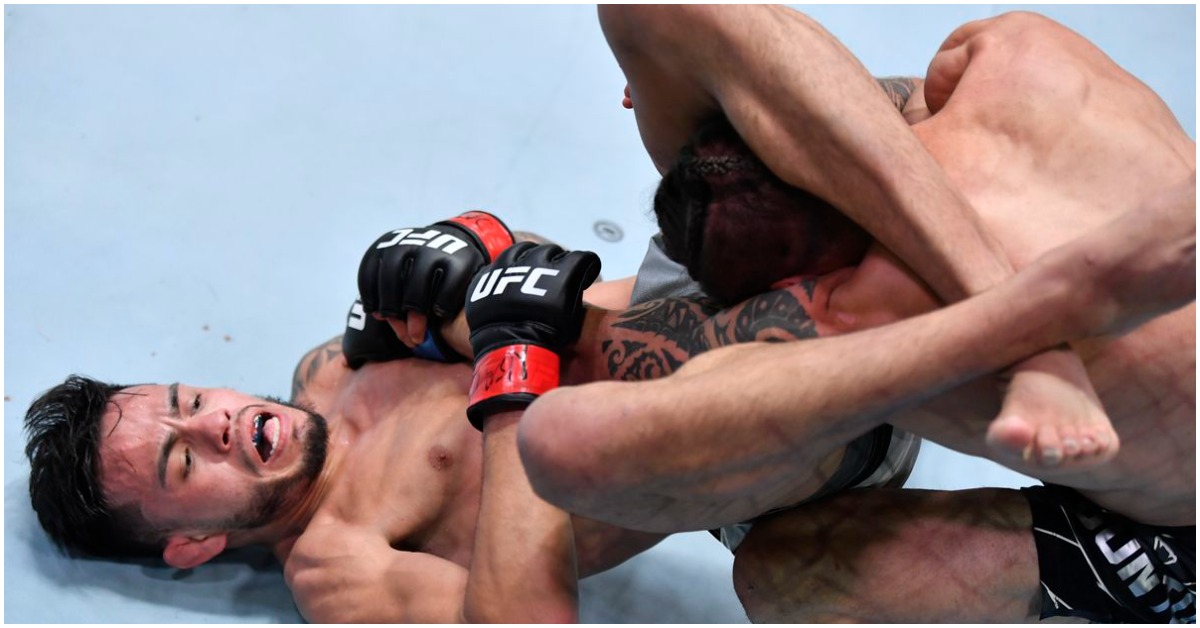 A video has emerged appearing to show Rogerio Bontorin tapping out to a Brandon Royval armbar in last night’s flyweight action.

The bout was expected to be a fun one and certainly did not disappoint. The two 125 pound contenders went back and forth for the first 10 minutes before controversy ensued late in the fight.

With the scorecards seeming to be locked up at one round apiece, Royval locked in a tight armbar in the third round. Bontorin appeared to submit, but it went unnoticed by referee Mark Smith and the fighters battled to a judge’s decision.

It ultimately proved to be irrelevant as Royval won via split decision (28-29, 29-28, 29-28) but plenty from around the fight world chimed in on Twitter after noticing the tap on television.

Now What For Brandon Royval?

What do you think is next for Royval after this win?

With a win over Kai Kara-France and a hard fought battle with the current champion Brandon Moreno, Royval has proven to be able to hang with the elites at 125. Is he one win away from a title shot?

How about Bontorin? This marks three losses in his last four and he should expect to drop down from his current #7 spot in the rankings.

Did you think Brandon Royval should’ve got the submission win at UFC Vegas 46?

WBC Lines Up Gonzalez-Estrada 3 And Sor Rungvisai-Cuadras 2. Winners To Face Off.