Wrestler Appears On WWE And AEW TV In The Same Week

Double payday. The wrestling world has changed quite a bit, as there is now more content available than ever before. One of the biggest reasons for this is the arrival of AEW, which has become the second biggest wrestling promotion in the world in just a few years of existence. The company allows wrestlers another place to go, and that was certainly the case for a specific wrestler this week.

Independent wrestler Leo Sparrow appeared on both WWE Monday Night Raw and AEW Rampage this week. Sparrow wrestled in a loss to Omos on Monday Night Raw and appeared in a music video from the Acclaimed on Rampage. Sparrow shared a photo of both appearances on Twitter. This is not the first time someone has done this, as Kelsey Heather did the same in July 2021. 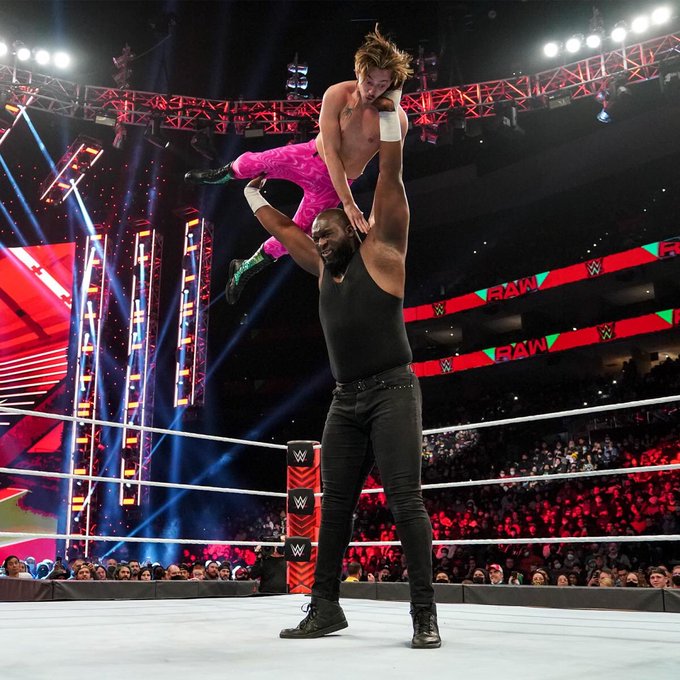 Opinion: That is the kind of thing you don’t get to see very often and it must be a thrill for Sparrow. An independent wrestler does not get that kind of exposure very often and to be able to do it twice in less than a week is rather impressive. It is cool to see him getting to make such appearances and hopefully they help him in his career. If nothing else, that is a heck of a bragging point he can have going forward.

What did you think of Sparrow’s appearances? Who would you like to see appear for either company? Let us know in the comments below.

Thomas Hall has been a wrestling fan for over thirty years and has seen over 60,000 wrestling matches. He has also been a wrestling reviewer since 2009 with over 6,000 full shows covered. You can find his work at kbwrestlingreviews.com, or check out his- Amazon author page with 30 wrestling books

Keep up with the LATEST WRESTLING RUMORS! Click here to sign up for the exclusive Wrestling Rumors daily newsletter, delivered right to your inbox.

Not Their Style: WWE Trashes Violence On AEW Programming

TV pundits at odds over Masi

‘I would probably trade in 20 caps for a Grand Slam’