Mercedes offered Grosjean the chance to test its 2019 W10 car following the French driver’s departure from F1 at the end of 2020, where the horrific accident he endured at the Bahrain Grand Prix proved to be his final race in the championship.

To allow Grosjean to sign off on a higher note, Mercedes had pencilled in a test for the now-IndyCar driver ahead of the French Grand Prix at Paul Ricard, but the quarantine requirements involved travelling from the USA to France put paid to those plans.

Although Mercedes attempted to reschedule the test for the summer, Grosjean has not been able to claim his test outing owing to continued scheduling conflicts.

However, Grosjean said it was still feasible.

“Yes, it’s still on the cards. There were a few things last year that didn’t make it easy. This year I cannot go at the French Grand Prix because we’re racing in Iowa the same weekend.

“But definitely Mercedes is keen to do it, I am keen to do it, even though my neck will be dying because I’ve lost part of the muscle there. You can ask Pato [O’Ward] what it was like [in an F1 car].

“But yes, we still want to do it, and if it happens, great. But the main focus is now trying to win races with Andretti.” 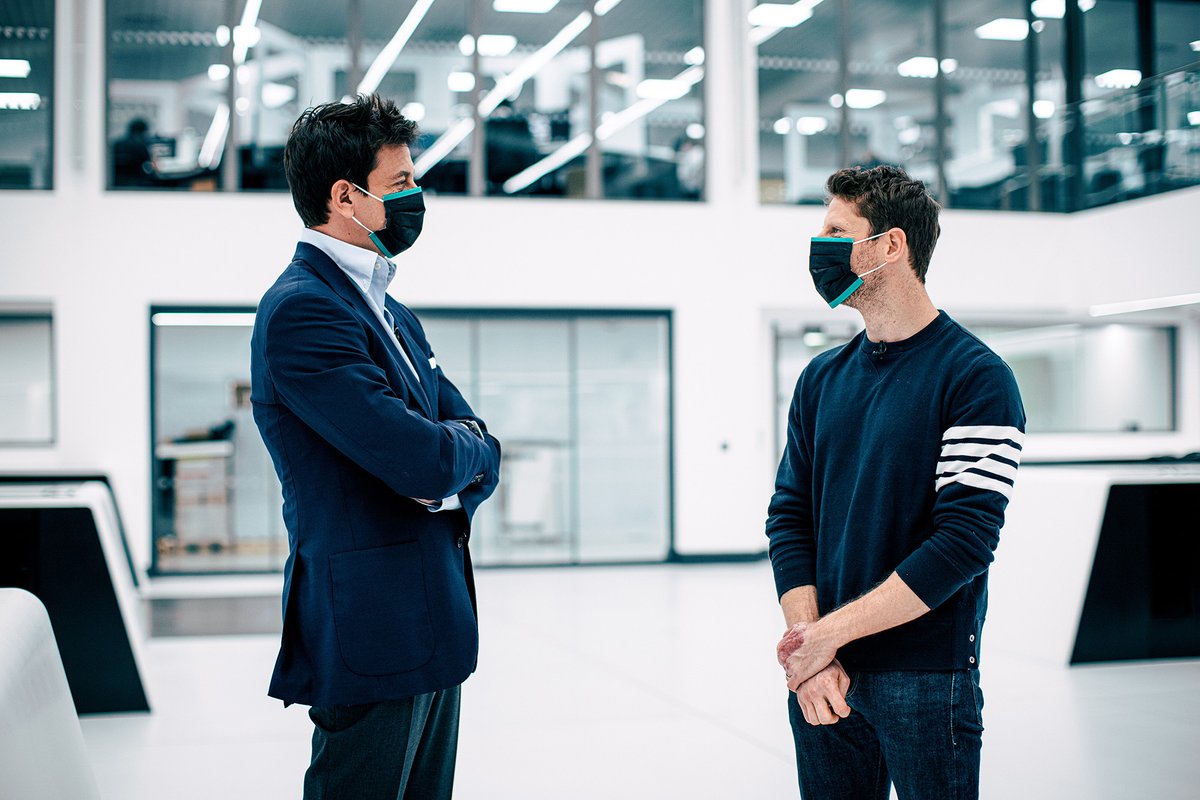 Commenting on the controversial 2021 F1 title decider in Abu Dhabi, Grosjean thought the spectacle was “amazing” – and added that he believed that Max Verstappen had earned the title over the full season, rather than getting lucky on the last lap.

Speaking at an IndyCar media conference, the newly appointed driver of the #28 Andretti Autosport-Honda was asked what he thought of his former peers Lewis Hamilton of Mercedes and Max Verstappen wrestling over the 2021 title in Abu Dhabi.

“I loved it!” responded Grosjean. “It was exciting, my heart was pumping like hell. And I think having two cars fighting over one lap for the World Championship was amazing.

“I think the wrong conception is to think that the world championship went on one lap. It was 22 Grands Prix, and if you look at the full season, you know Max had the puncture in Baku, Valtteri Bottas crashed into Verstappen in Hungary, there was the Silverstone race [clash between Hamilton and Verstappen].

“I think at the end, if we look at how many points were lost by Verstappen, not necessarily by his fault, he was the one that deserved more the championship.

“On the Abu Dhabi race, Lewis deserved more the championship. He got unlucky over the last lap. But as a race fan, I loved that last lap, and it was super exciting to watch.”

Skip Bayless: “Russ is already playing completely out of control”

Transylvania Open Draws and Order of Play for 10/31/21