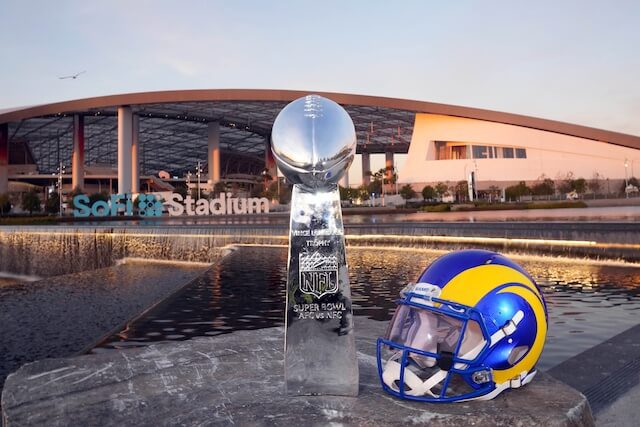 The Los Angeles Rams have done well to advance to the NFC Championship and the setting is perfect for them to represent the conference in Super Bowl LVI as they take on their bitter rivals, the San Francisco 49ers.

This marks the third time this season the Rams have encountered the 49ers, with the latter taking the win in the previous two contests. San Francisco is playing their best football of the year, but it feels like Los Angeles is also peaking at the right time. With a Super Bowl trip on the line, the Rams have their work cut out for them.

In the previous two matchups, the 49ers have limited the Rams from connecting on the explosive plays that head coach Sean McVay likes to dial-up, which means that Matthew Stafford will need to be smart and utilize his check downs. Tyler Higbee has been more involved in the offense during the playoffs, turning into a reliable option in the short passing game while Cam Akers has also been a solid release valve for Stafford.

Cooper Kupp is going to be the focal point of the San Francisco defense, but that should open up Odell Beckham Jr. down the field. Stafford actually looked to Beckham in overtime on what would have been a potential touchdown, but the pass was underthrown in the face of the 49ers pass rush and eventually intercepted. Look for the receiver to get more opportunities if Kupp is blanketed in coverage.

Even though San Francisco’s secondary is average-at-best, they have been able to hold up well as their defensive line headlined by Arik Armstead and Nick Bosa are fast and physical when getting to the quarterback. They have also been one of the best at shutting down the run game, led by linebacker Fred Warner, which means Akers and Sony Michel may have trouble finding any room to run between the tackles.

As far as L.A.’s defensive game plan is concerned, everything needs to start and end with Deebo Samuel, who has been a nightmare for teams to guard. Kyle Shanahan likes to line up Samuel wide or in the backfield where he can do damage in open space. Aside from Samuel, George Kittle and Brandon Aiyuk are threats after the catch as well so the Rams’ secondary will have their work cut out from them.

In every matchup against the Rams, Shanahan has found ways to get his running game loose and with Elijah Mitchell playing well, the L.A. defensive line will need to be disciplined in their gap schemes. Aaron Donald, Von Miller, and Leonard Floyd all had strong showings in the Divisional Round against the Tampa Bay Buccaneers, and they will need to replicate that production in order to slow down San Francisco.

1. Get pressure on Jimmy Garappolo

Shanahan has been able to protect Jimmy Garoppolo with the running game and quick throws, so the Rams will need to take advantage of their opportunities whenever he drops back to pass. The 49ers boast a stout pass-blocking offensive line but would have trouble blocking a Rams defensive line that is playing their best football of the year. If Los Angeles can take a double-digit lead and force San Francisco into more passing down situations, chances of a win dramatically increase in the former’s favor.

Game pressure certainly played a role in the Rams’ near-collapse against the Buccaneers as they committed several untimely turnovers in the second half. It was par for a course for a Rams team that has struggled with mistakes, but that can not happen against an opponent that has previously taken advantage of their poor decisions. Limiting turnovers is a given, but especially in a game where the stakes are astronomical.

Opinions on Alcohol and Tobacco Marketing in Formula 1 : motorsports

‘Defensively he’s one of our best tacklers, a very good jackaller’

Elise Seignolle of USA Boxing Voted To IBA Board of Directors

NBA Rookie Ladder: Cade Cunningham is making a push for the top spot