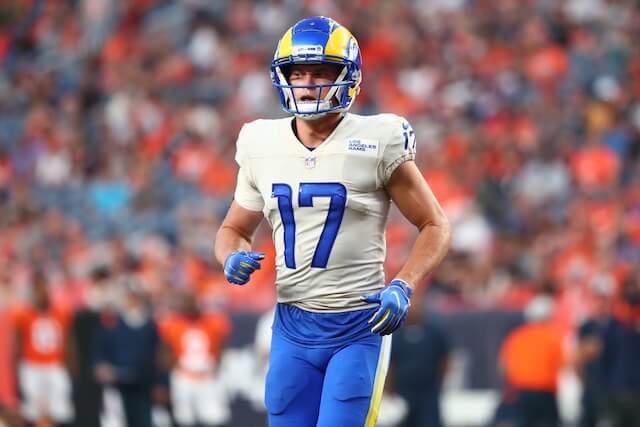 A reserve/future contract allows a team like the Rams to sign players who were not on the active roster the previous season but are interested in keeping for the next season. The players in the above list will take place in the offseason program and then report to training camp, where they will compete for a roster spot.

Although free agency has yet to officially begin, teams are allowed to sign players to reserve/future contracts as soon as their season has ended. Also, once a player has signed another team is not allowed to sign those players to a deal.

With Andrew Whitworth widely expected to retire after Los Angeles won Super Bowl LVI, the Rams will look to Brewer and Pircher to replenish some of the depth at tackle. Joe Noteboom is also a free agent but could assume the starting left tackle spot if he’s re-signed after filling in for Whitworth in the NFC Divisional game against the Tampa Bay Buccaneers.

The defensive back group of Brooks, Hall, and Orr could be serviceable depth pieces in the secondary, while Akers and Koski could earn one of the last wide receiver spots on the team. Robert Woods seems likely to miss the beginning of the 2022 season, while it remains to be seen whether or not the Rams will re-sign Odell Beckham Jr.

Los Angeles also faces a decision on whether or not to bring back Von Miller. Should the two sides not come to terms on a deal, Brown and Williams could fill in along the defensive line as a rotational pass rusher.

The Rams are fairly set next season as far as their 53-man roster is concerned, but any of the players signed to a reserve/future deal should have ample opportunities to prove they are deserving of a roster spot, or even a job on the practice squad.

Parliament, a concert and a food festival scheduled for Black Ferns’ victory tour

Greene suspension another brick in the tribunal’s wall of inconsistency

The Highlights and Lowlights of Today’s 15-Game Slate