Shane Lowry is embracing the challenge of PGA National


PALM BEACH GARDENS, Fla. — A native of Ireland, Shane Lowry grew up playing some of the world’s most challenging golf courses. They include the Royal Portrush Golf Club, where he won the 2019 Open Championship.

Now that he lives in Jupiter, Lowry ranks the Champion Course at PGA National as one of the toughest he plays. So he was pleased to shoot a 3-under-par 67 Saturday to move into a second-place tie in the Honda Classic.

“I love the setup here, and I love this kind of golf course where if I shoot 2- or 3-under and I’m happy with myself, that’s the type of golf course I like,” Lowry said. “I feel like personally that too many weeks we play where it’s 20-, 25-under winning tournaments, so for me, this is more enjoyable than that.” 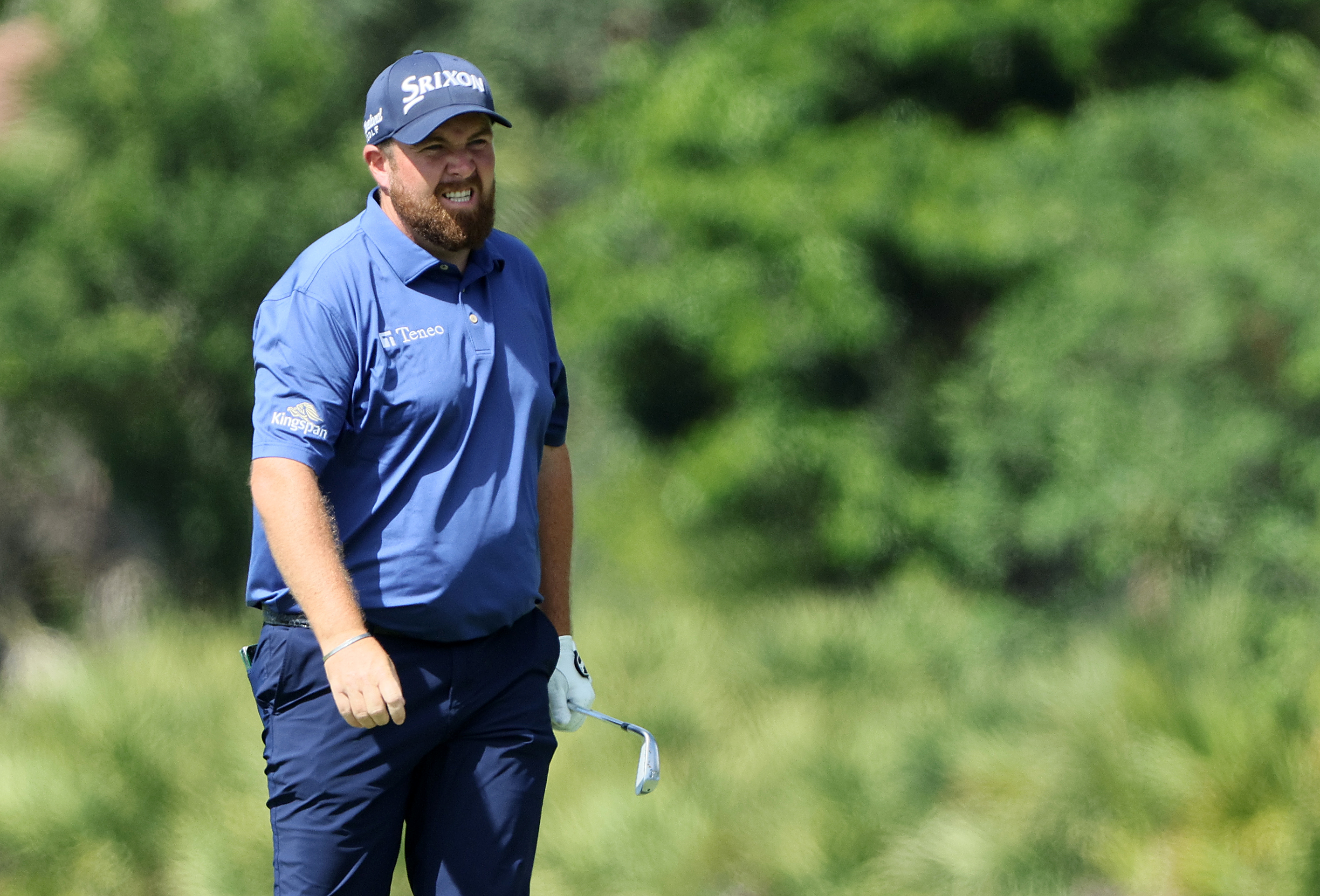 Shane Lowry of Ireland reacts to his second shot on the third hole during the third round of The Honda Classic at PGA National Resort And Spa on February 26, 2022, in Palm Beach Gardens, Florida. (Photo by Andy Lyons/Getty Images)

“It’s actually a pity that we don’t have a really strong field here,” Lowry said. “I think the golf course is really, really good. I love it here. I think just where it is in the schedule doesn’t really work for a lot of players.”

Like the other 72 players who made the cut, Lowry found the firm greens challenging when it came to judging speed.

He did convert four birdie putts, two on the front nine and two on the back, but no putt was bigger than a 20-footer that he sank on the 476-yard par 4 sixth hole, which normally plays as a par 5. His tee shot landed in a fairway bunker and he hit his second shot 94 yards, leaving himself 102 yards from the hole, but he got up and down for his par.

“That was good for momentum,” Lowry said. “But I have it in my head you’re probably going to make bogeys out here, just need to keep the doubles off the card and try and make birdies when you do get the chances and hopefully you shoot a good score at the end of the day.

“I think I’m in a good frame of mind that way. I’m taking the bad breaks on the chin and taking the good breaks and good shots and moving on and try on the next one. But it was huge for momentum.” 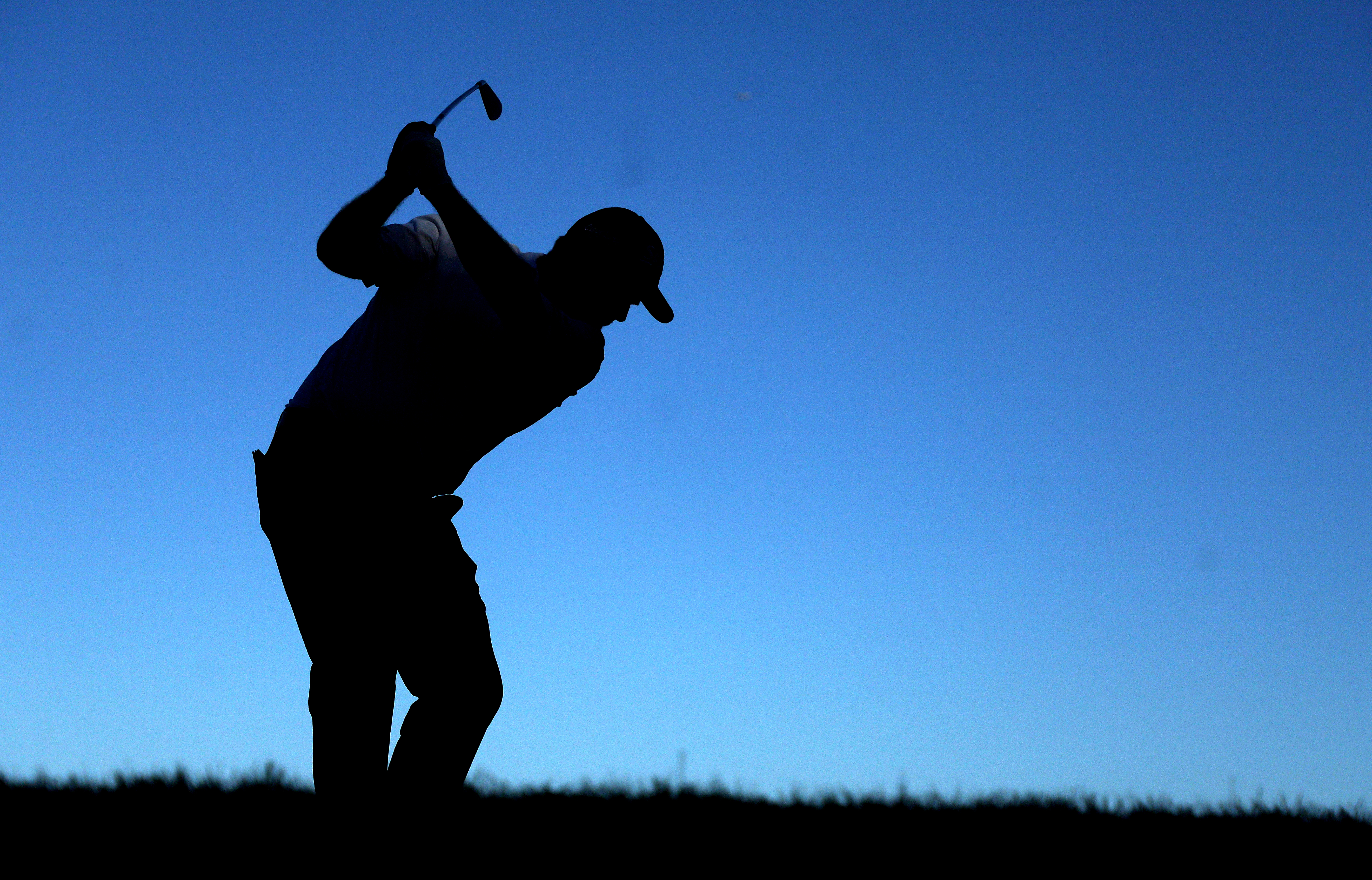 Shane Lowry of Ireland plays his shot from the 17th tee during the second round of The Honda Classic at PGA National Resort And Spa on February 25, 2022, in Palm Beach Gardens, Florida. (Photo by Andy Lyons/Getty Images)

Lowry, who began the day seven shots off the lead, two-putted for birdie on the par 5 third hole and sank a 9-foot putt for birdie on the fourth hole. He bogeyed the par 3 seventh when he missed the green to the left and failed to get up and down to go out in 34.

He birdied the 11th hole, sinking an 11½-foot putt, and made another 11-foot birdie putt on the 12th, then strung together six consecutive pars to earn a spot in Sunday’s final pairing with Berger.

The Honda is Lowry’s first PGA Tour event of the year and his fourth of the 2021-22 season. He comes into the tournament having played three tournaments in the Middle East.

“I was in the final group with a chance to win in Abu Dhabi, and I played decent the next two weeks and feel like my game’s in good shape,” Lowry said, “and I’m looking forward to the challenge of going out trying to win a PGA Tour event tomorrow.”

Martin Contini, of Argentina, made his first PGA Tour event memorable Saturday when he went into the stands along the par 5 18th hole to retrieve his errant second shot.

Contini, a member of the Korn Ferry Tour who was one of three open qualifiers for the Honda, hit a 3-wood from the rough, 251 yards from the hole, that flew left into the grandstands. 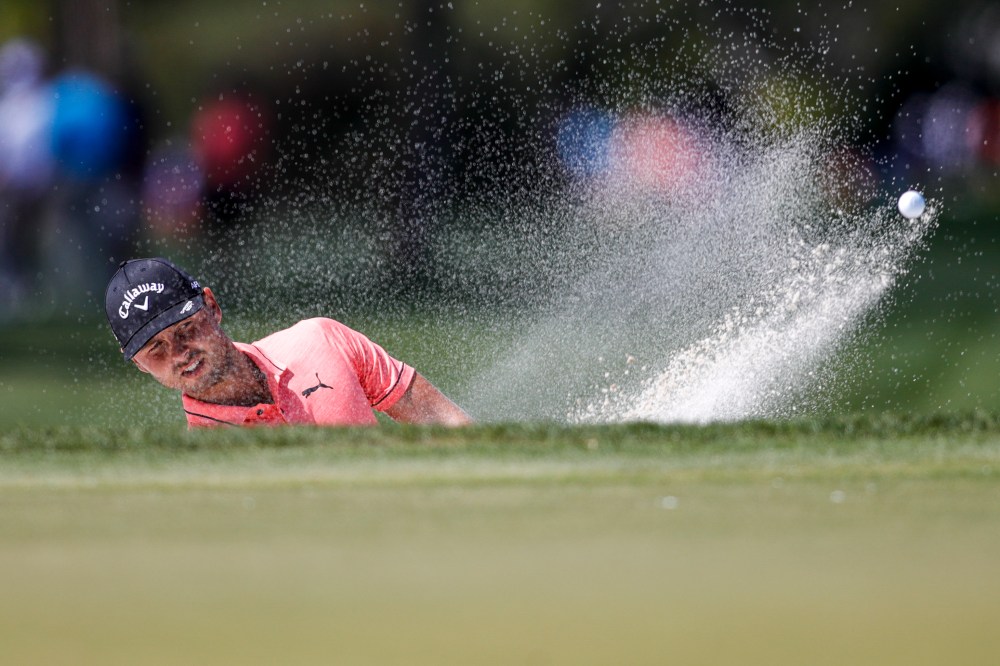 “It was like a really hard and tricky shot,” he said. “I knew something like that could happen, so it wasn’t a surprise.”

What was surprising was when Contini climbed into the stands to retrieve his golf ball from under a spectator’s foot. He got a free drop in the rough, 49 yards from the hole. He hit his third shot onto the green and two-putted for par and an even-par 70 for the round that moved him into a tie for seventh at 2 under par 208.

“Yeah, that was wild,” said Contini. “That was crazy, that was funny. It turned out right perfect.”

Standouts impress at the Rivals Combine Series in Los Angeles

Arsenal given ultimatum that will yield England star’s transfer breakthrough