Pep Guardiola says there are similarities between Manchester City and their upcoming Champions League opponents Atletico Madrid, despite many perceiving it as a clash of styles.

City have been drawn against Atletico Madrid – who just knocked out their rivals Manchester United – for the quarter-finals of the Champions League. It will be an interesting encounter between two clubs with different approaches.

Atletico are known for their stern defensive approach under Diego Simeone. In contrast, Guardiola has built City’s success upon a possession approach.

However, although he was there to speak about their upcoming FA Cup clash with Southampton, the City boss has looked ahead to the Atletico meeting as a game between two sides who have similar principles after all.

He told a press conference: “They went through an incredibly tough group stage and the game against United over 180 minutes they were better.

“The game in Madrid, fantastic first half. It is a team, they are what they are. They are able to avoid who you are, their biggest quality, for the way you play you try to impose your game but it’s difficult.

“Second leg away, more complicated. But the best eight teams in Europe, all are difficult.”

When Atletico boss Simeone took over the Spanish club, Guardiola was still in charge of their La Liga rivals Barcelona. His longevity in the capital has been impressive.

Guardiola said: “When this happens you have an incredible achievement as a club, institution. That club, Simeone won’t be sacked, all the players know who is the manager.

“If it doesn’t work, no manager can sustain a team like Atletico. He will be replaced but everybody knows what is their path and what they have to do. They are incredibly consistent in the last year.”

However, Guardiola then wouldn’t go too far into comparisons between his own side and their next European opponents.

Both teams play to win 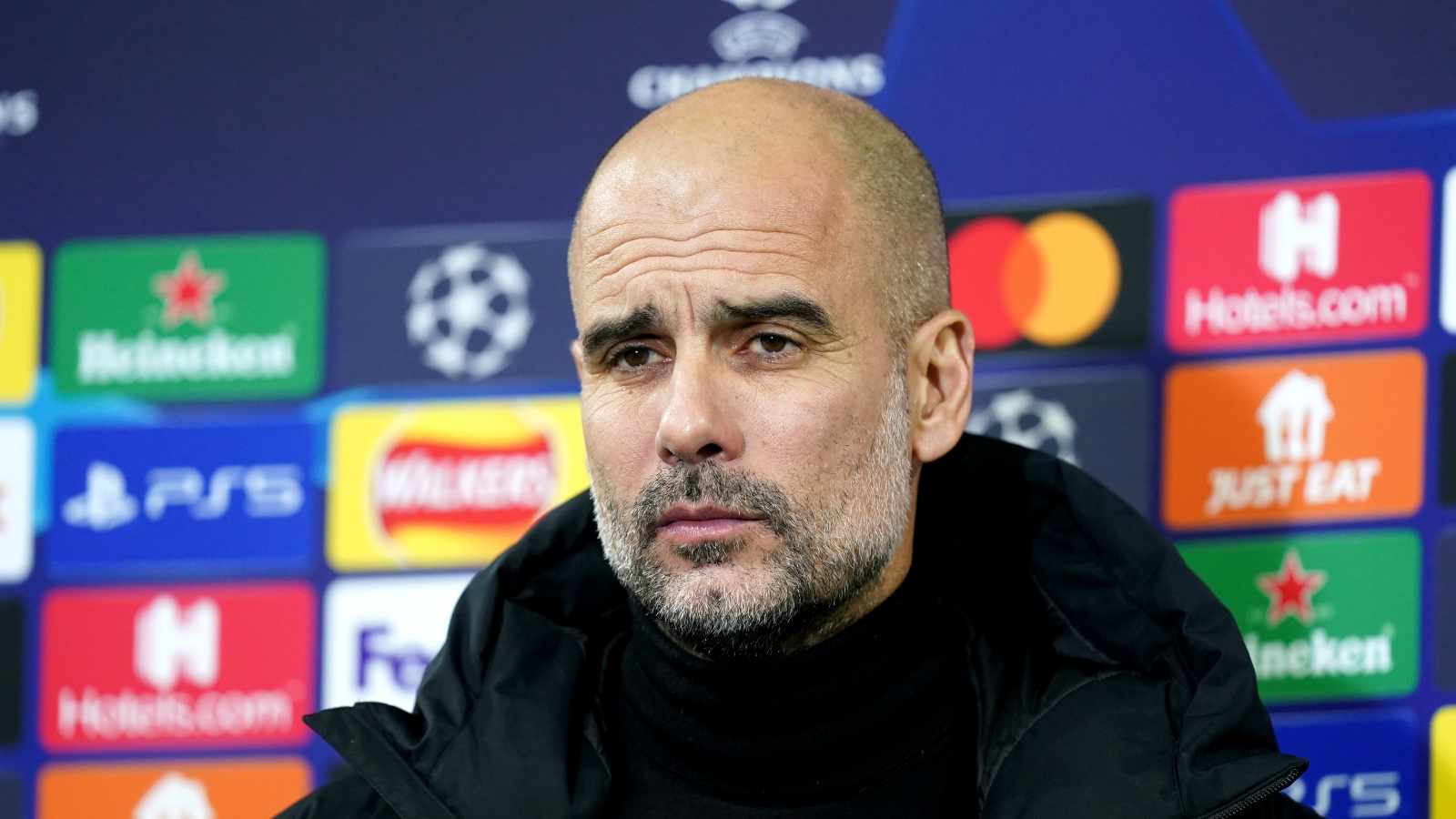 Of differences between himself and Simeone, he said: “I don’t understand his matches because I wasn’t in his training. If he likes to not concede goals, I like more than him. If he wants to win games, I like more.

“I like counter attacks more than him. I like a lot of things, would like to do what they are able to do. All teams concede few goals, few chances. We try to do it with the ball; they are sometimes a bit deeper.

“The first 15-20 minutes against United, United couldn’t breathe. After they used the quality. The second leg they defended but with Griezmann, Carrasco, Felix, Lodi, Llorente, Koke they can use the counter attack. They are doing that for many years.

“They reached the final of the Champions League [in 2016], for one minute didn’t win it. I’m not saying there is a comparison. They play to win and we do.

“We try, knowing it will be difficult to impose our game against them. We have to be clever, we know they will have it, have the chances to score. It doesn’t matter if we play another opponent, it would be difficult too.

“We go a nice stadium, incredible stadium and we go to try and reach the semi-final. Hopefully they are worried to play against us.”

How many days is it since every top-flight club last won a major trophy?

Looking ahead to the summer, City have been tipped to win the race for Borussia Dortmund striker Erling Haaland. They could activate his release clause to lure him to the Etihad Stadium.

Guardiola did not want to comment on their need for a new striker, though.

He said: “Since I’m here, every month we are going to sign 50 players. Right now, it’s impossible I’m going to talk about some guys who aren’t here.

“Haaland is a Dortmund player. You can ask for this player or another one. The transfer window is going to start and many things will happen.

“Maybe I speak about this club needs a striker for the next five, six, seven years maybe once in 12 months. I’m not going to be the guy with the success because we didn’t have a striker.

“It’s important that if you play good, seven or eight players arrive in the box. This is the best way.

“Right now we are ahead to try and go Wembley for the semi-finals, in the last eight in Europe, and top of the Premier League. What we have done so far is great. We play this game, pray the players come back from the national team no injuries. We’ve fought a lot to be there.”

Finally, the England squad was announced this week. There was no room for City right-back Kyle Walker.

Of his omission, Guardiola said: “It’s difficult for me to say about the national teams. I respect the guys.

“Kyle is incredibly important for us, for the success in the past and the future. He will be back in the national team.

“I don’t know what has happened. Gareth [Southgate] talked with Kyle and the reasons why.”

READ MORE: Homesick star admits trophy-laden Man City career could be over in ‘one or two years’

CEED reaching out to those in need – NationNews Barbados — nationnews.com

WWE Money In The Bank and Backlash PPV Dates Revealed