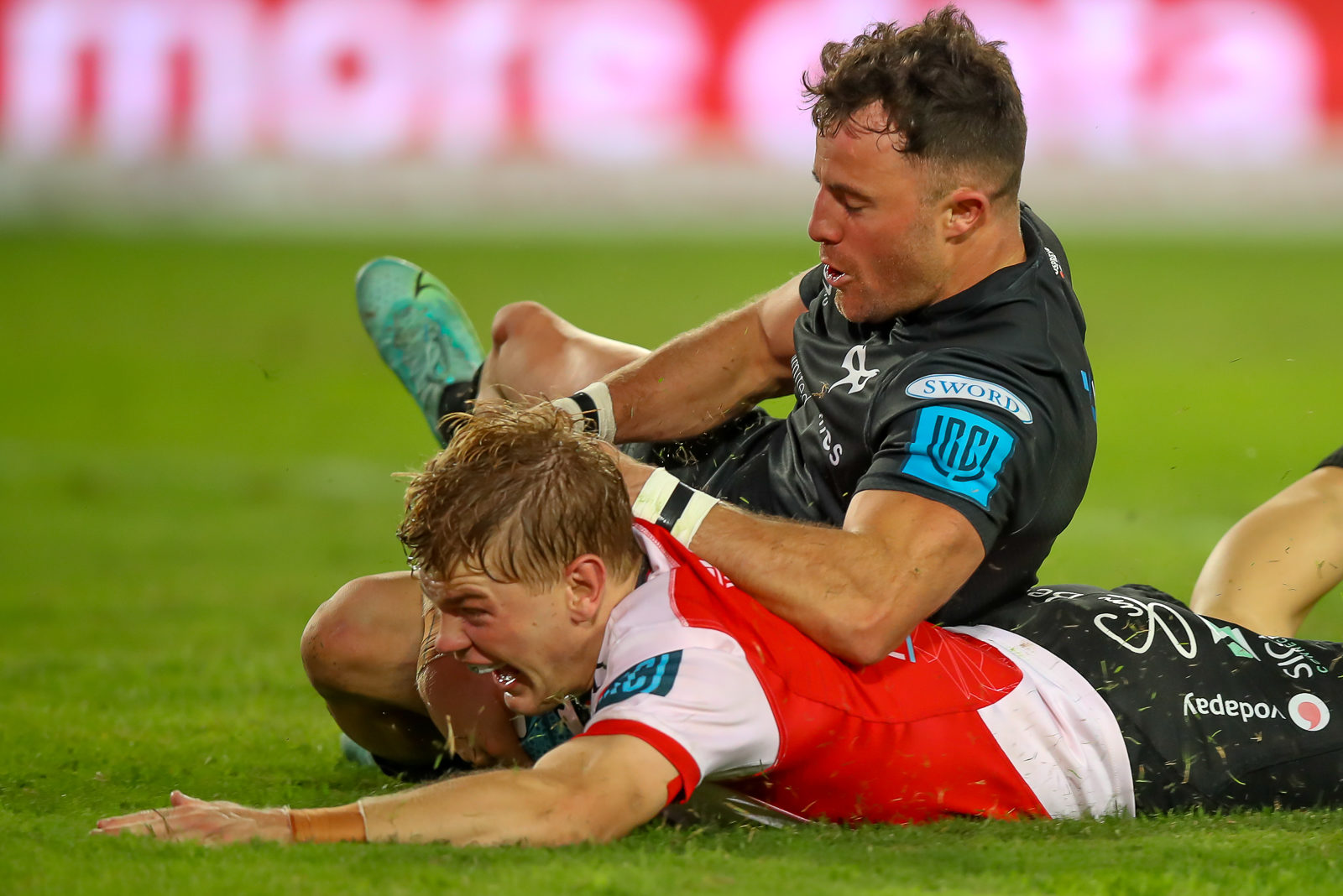 Scrumhalf Morne van den Berg crossed for two of the Lions’ seven tries in a high-octane win against the touring Ospreys at Ellis Park on Friday night.

The Lions dazzled Ospreys 45-15 with a cavalier attack that was underwritten by a pack that worked tirelessly off the ball, outside backs that showcased their finishing skills and deft tactical contributions from flyhalf Jordan Hendrikse.

The result extended the Lions’ current streak to three wins on the trot in the Vodacom United Rugby Championship and the growing confidence was evident in flurries of optimistic offloads that often went to hand.

The verve of tries scored by wingers Rabz Maxwane and Edwill van der Merwe was matched by the Lions’ commitment to accelerating the tempo of the contest to challenge their Welsh counterparts to cope with the thin Highveld air.

The Lions scored their third try of the match for Hendrikse to convert three minutes after the restart, Francke Horn crashing over to finish off an enterprising passage of play, highlighted by sharp offloads between forwards and backs.

Ospreys hit back with a seven-pointer when skipper Rhys Webb barged his way next to the right upright, but the hosts hit back as Van den Berg soared over for the Lions’ bonus-point try on the counterattack.

Van der Merwe and Manuel Rass then showed their try-scoring prowess, before Andre Warner notched his name onto the scoreboard after more cohesive work from the home side to cap off a dominant victory for Ivan van Rooyen’s men.

After several missed opportunities in the opening minutes of the first half, Maxwane crossed over on the right after an impressive interplay between skipper Burger Odendaal and Van den Berg, Hendrikse finally adding the extras after an earlier miss from out in front.

The Ospreys finally got some reward for a strong passage of play inside the Lions’ half, Stephen Myler kicking a penalty to make it 7-3.

But the Lions struck just before the halftime hooter as Van den Berg soared over the whitewash, and Hendrikse converted, after yet another good run from Odendaal to create the space for attack.

Khabib Nurmagomedov compares being UFC cham to being ‘held in prison’

Rams Activate Jalen Ramsey, Odell Beckham Jr. & Others Ahead Of Game Against Seahawks

Highspots Takes Over Facebook on the Day of Slammiversary – IMPACT Wrestling