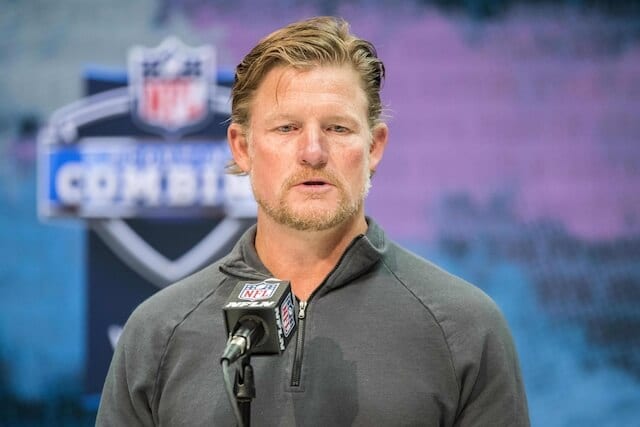 The Rams will have eight total picks in the upcoming draft, with their first selection coming No. 104 overall in the third round. This is a special compensatory pick the organization received after Brad Holmes was hired by the Detroit Lions.

Los Angeles will also receive No. 142, No. 211, No. 212, and No. 218 as compensatory picks for the losses of Samson Ebukam, Gerald Everett, Morgan Fox, Troy Hill and John Johnson II. Prior to the compensatory selections, the Rams only had No. 175, No. 238, and No. 253. The five selections were tied with the San Francisco 49ers for most in the league.

For general manager Les Snead and head coach Sean McVay, the draft is the perfect way to find players to complement their core pieces on both sides of the football field. With players like Matthew Stafford, Cooper Kupp, Aaron Donald, and Jalen Ramsey already in place, the Rams can afford to focus on specific traits and skills to round out their roster.

Snead has proven to be the most aggressive general manager in the NFL but understands that high draft capital is sometimes best used on proven talent. He and the front office have done well to go all-in on the present while still balancing their future prospects.

As for needs, Los Angeles did well to keep continuity on their offensive line, but now have holes along the edge and in the secondary after seeing Von Miller and Darius Williams leave in free agency. Unless they fill those needs in the coming weeks, expect L.A. to focus on resolving them in the draft.