Kevin de Bruyne has labelled it a “privilege” to be able to play a part in Sunday’s mammoth clash between Manchester City and Liverpool.

The two sides face off in another heavyweight match-up for the Premier League title at the Etihad Stadium. City and Liverpool have sparred for top spot in each of the past four seasons.

City romped to their 2021 triumph in a similar way to how Liverpool clinched their 2020 title with seven games to spare.

This term, Pep Guardiola’s side and Jurgen Klopp’s team are within a point of each other with eight games left. The 2018/19 title race represented the closest parallels with the current one, with 98-point City edging 97-point Liverpool.

City’s 2-1 win over the Reds at the Etihad Stadium that season eventually proved crucial. Although, that was unclear at the time of the match in January.

This time around, though, the parameters of the meeting are clear. A win for either side pushes them a huge step closer to glory.

De Bruyne told City’s official website in his preview that he and his team-mates are looking to instil Guardiola’s essential qualities in search of victory.

“It is really big,” the Belgium international said. “I think everybody is looking forward to it. I think the players will take it as a privilege to play these games.

“As a player you want to win games and trophies and if you want to do that then you need to win these big games.

“But if you win, draw or lose, there is still a lot to play for. We are going to try and play a good game and then we will see.”

Such are the levels this season of City and Liverpool, they can both win a treble this season. The Reds, in fact, are on for a quadruple having won the Carabao Cup in February.

De Bruyne said of City’s trophy ambitions and the “respect” for their rivals: “That is the mentality, we want to win all three.

“It is going to be very hard, we have done good things before but their quality is good also so we will respect that and work hard.” 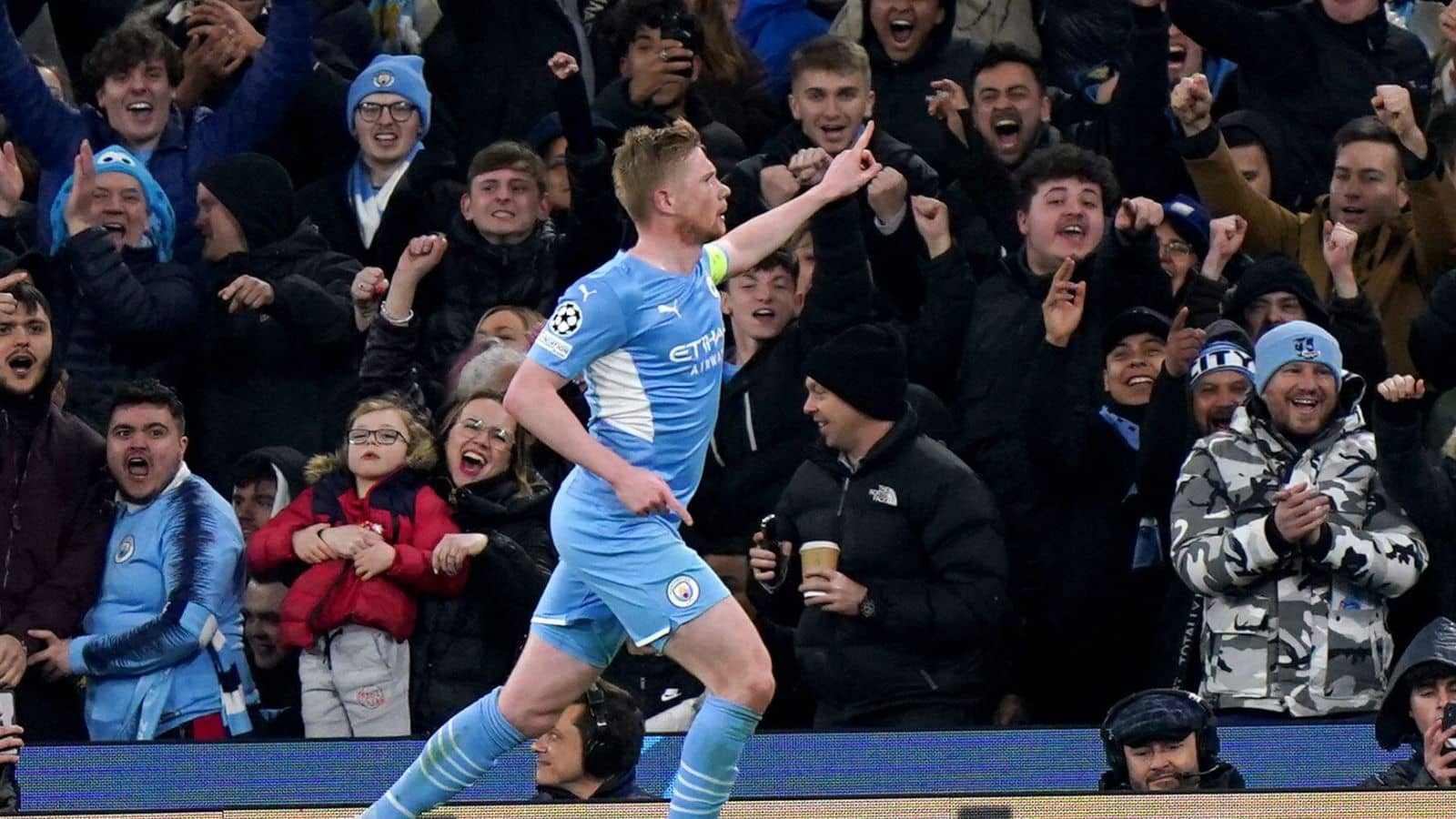 De Bruyne is no stranger to the match-up between the two title rivals.

He has played in Man City matches against Liverpool 12 times, notching two goals and five assists.

And those contributions have come in Premier League contests against the Reds, perhaps a good omen for Sunday.

Skip forward to July 2020 and De Bruyne scored and assisted in a 4-0 win at the same stadium.

"It was a very beautiful period"