Nick Kyrgios will contest the semifinals of the ATP clay-court event in Houston, while fellow Australians Matt Ebden and Max Purcell earn a place in the final. 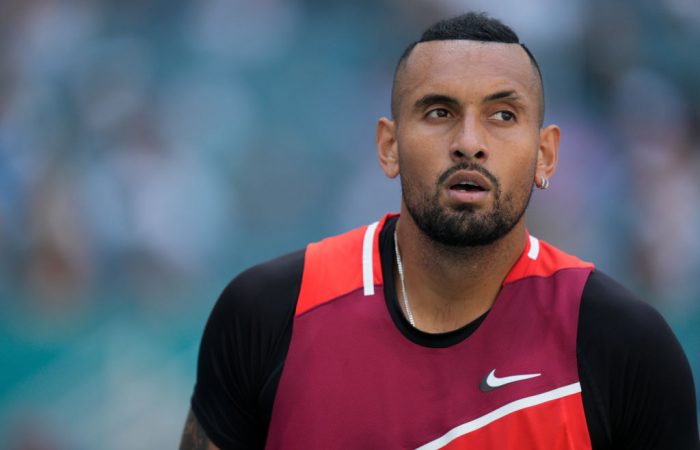 Almost three years since he last contested a clay-court tournament, Nick Kyrgios will compete for the chance to contest the final of the US Men’s Clay-Court Championship in Houston.

Kyrgios advanced to the semifinals of the ATP 250 tournament after America’s Michael Mmoh withdrew ahead of their quarterfinal with injury.

The Australian next meets another American, Reilly Opelka, in the semifinals. Kyrgios has faced the current world No.18 once before, with the big-serving Opelka claiming a three-sets victory at the ATP 1000 Masters event in Canada last year.

Don’t have Saturday plans yet? We’ve got you covered 😎

Kyrgios has found form in his recent return to international tournaments on US events, reaching the quarterfinals at Indian Wells and the final 16 in Miami.

Matthew Ebden and Max Purcell have also rediscovered their winning form in America, with the Australian duo progressing to the doubles final in Houston.

Ebden and Purcell, who were runners-up to Kyrgios and Thanasi Kokkinakis in the Australian Open 2022 doubles tournament, defeated Pablo Cuevas and Hunter Reese in the semifinal.

The top seeds at the tournament, Ebden and Purcell face Ivan and Matej Sabanov, twin brothers from Serbia, in the final.

Tomljanovic upsets world No.4 Badosa at Cincinnati | 18 August, 2022 | All News | News and Features | News and Events

Callaway is fully renewed with a range to try

Western and Southern Open 2022: Schedule of Play for Thursday August 18

KHONGWATMAI AND KIM SHARE LEAD WITH ONE ROUND REMAINING

at Spa-Francorchamps to overcome the Belgian GP bad luck

MotoGP™ to remain with Nova Sport and Voyo

“I’m LIKE THAT!” Bronny James Goes AT IT vs AJ Johnson (Jalen Green’s Younger Bro!?) SFG vs JG Elite

The Double-Bigs lineup returns to Boston

F1 expansion in US spurring interest in Haas – Steiner