“No interest” in fighting Hamilton over P5 in F1


Mercedes has struggled with severe porpoising on its 2022 W13 car, which limits how low the team can run it and prevents Russell and Hamilton from extracting the most performance out of their package.

The eight-time world champion squad was way off the pace of the leading Ferrari and Red Bull cars in the first three rounds of 2022, but both Russell and Hamilton still managed to secure an unlikely podium.

In the Bahrain season opener, Hamilton benefited from a dramatic double Red Bull DNF to finish third, a result matched by Russell in Australia thanks to an off for Ferrari’s Carlos Sainz Jr and another retirement for Red Bull’s world champion Max Verstappen.

Red Bull’s reliability woes allowed Mercedes to hold second in the constructors’ championship, with Russell also splitting Charles Leclerc and Sainz in second place in the drivers’ standings as Hamilton follows further down in fifth.

While Russell acknowledged it was “pretty crazy” for him to be second behind runaway leader Leclerc, he said he wasn’t too interested in being in front of his teammate while the team is struggling for performance.

“These small things in the scheme of things don’t mean a lot really,” Russell said.

“Obviously, everybody wants to finish ahead of their teammate, but Lewis and I have no interest in battling it out for P5, P6.

“We have a bigger picture. And the long game we need to play is to catch these guys up because we’re here to win.” 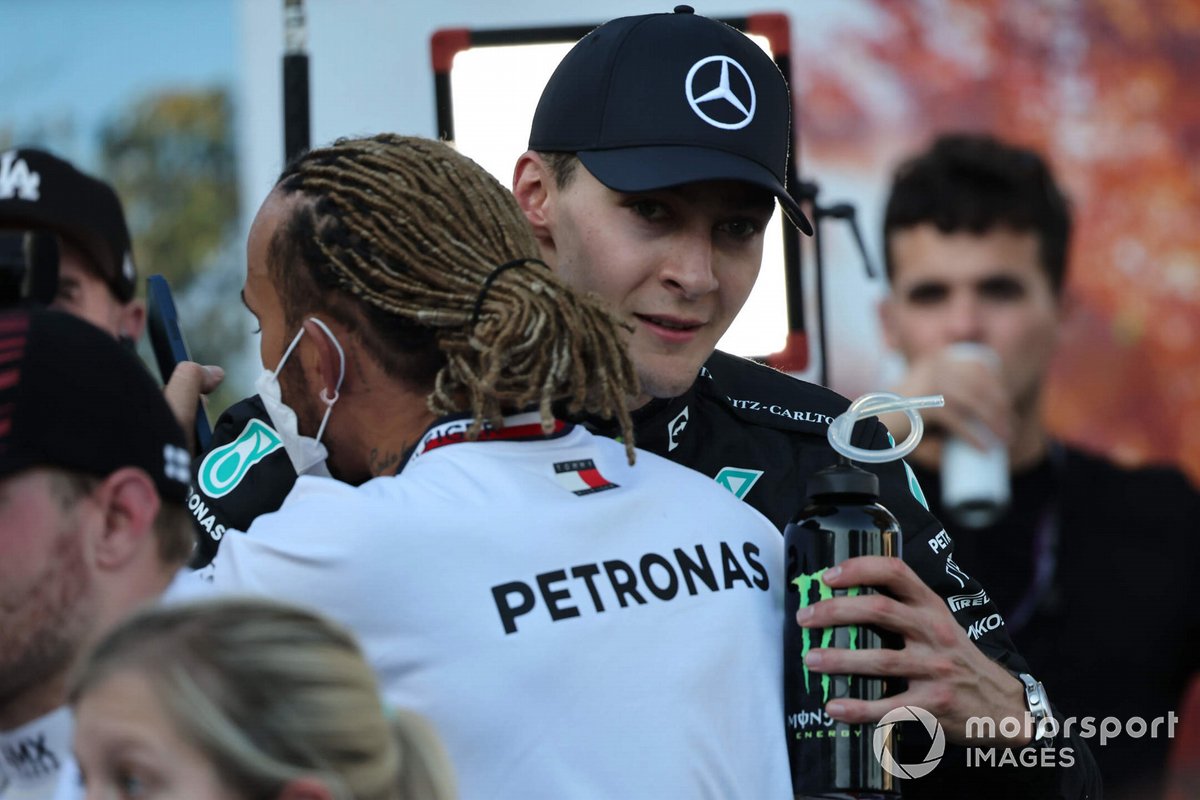 While any title ambitions for either Mercedes or its drivers are still a long shot, the Brackley team’s consistent points scoring could prove key later on once it gets its car sorted out. And there’s a feeling among observers that Ferrari and Red Bull might be regretting any more costly mishaps with still 20 grands prix left to run.

Russell agreed that Mercedes’ better results than its pure pace deserves are “keeping us in the mix” although he cautioned it could be a while before the team gets on top of its struggles.

“I’d love to say we’ve made a lot of progress, but I think we’ve got to look at the lap times and we haven’t closed the gap at all. And we know we’ve got a lot of work to do but I have faith that we can get there,” he explained.

“We know the potential is in the car and we’ve got a lot of work to do to extract that performance.

“So, for the time being, if we keep picking up these results, it’s keeping us in the mix.

“It’s definitely not based on pace, but I think it’s been a respectable start to the season in terms of how we’ve managed to optimise our lack of performance.”

COVID and the Changing Tennis Landscape

Becky Lynch Will Be Out Several Months With Shoulder Injury