Leclerc had looked on course for a guaranteed third place towards the end of Sunday’s race at Imola, with Red Bull duo Max Verstappen and Sergio Perez in front.

However, on lap 50, Ferrari elected to pit Leclerc for soft tyres in a bid to try to get the Monegasque at least one more position.

The strategy reset effectively meant the top three cars would all be on fresh rubber, and that could offer Leclerc the opportunity he needed to mount a challenge.

But in pushing to heap pressure on Perez, Leclerc attacked too hard at the Variante Alta chicane and spun off, brushing the wall and needing to come into the pits for a fresh front wing and tyres.

The incident dropped Leclerc down the order but he recovered to finish sixth at the chequered flag.

While the lost points could prove costly in the world championship battle, Ferrari team principal Mattia Binotto said he did not rue the decision to get Leclerc to attack.

“I think there will never be regret to ask a driver to push,” he said. “I think that is part of our job, and it’s part of their job trying to drive to the limit. Mistakes can happen.

“I think with this year’s cars, obviously, the cars on the kerbs are a lot more stiffer and somehow, if you make a small mistake, you’re paying for it quite a lot. So no regrets. I think we made the right choice and that is it.” 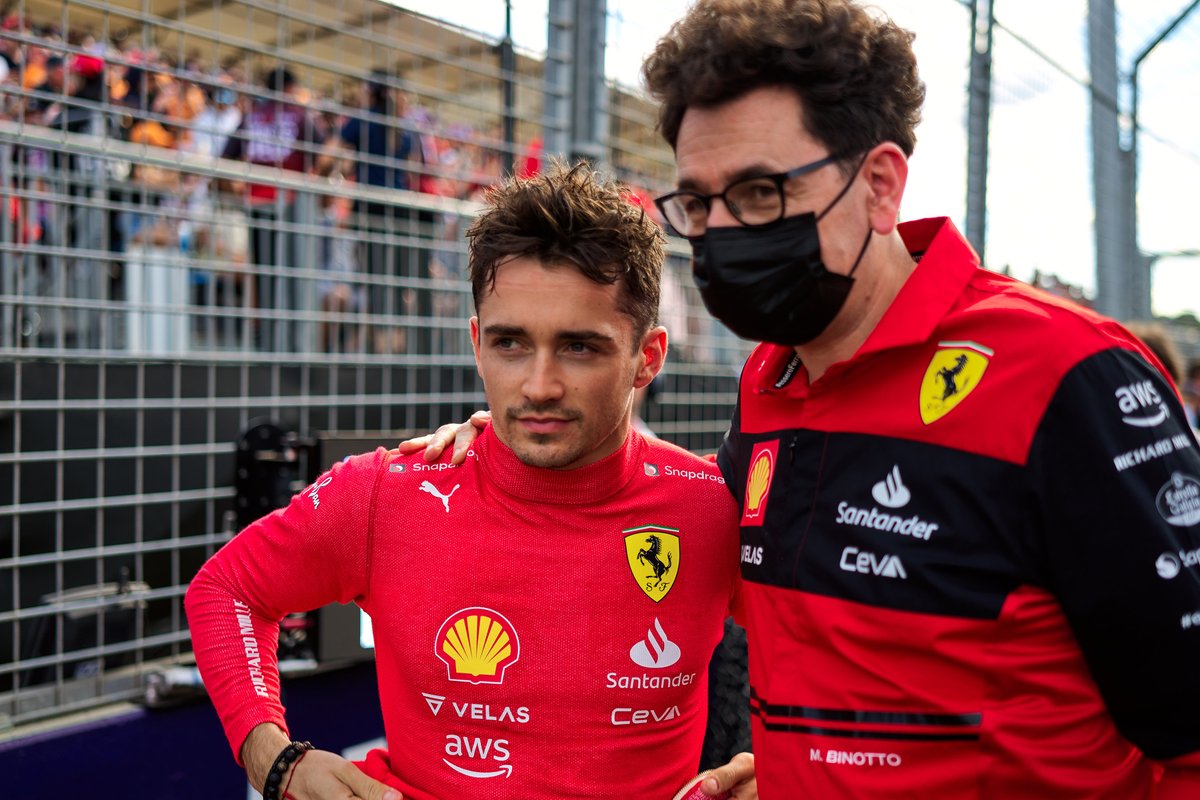 Binotto was clear that the decision to go for a second stop was an aggressive move to grab an extra place, rather than forced on the team through tyre degradation.

“We were not running out of front tyres,” he said. “At that time of the race, the pace with Sergio Perez was very, very similar or slightly better. But, because we believed that there was no opportunity for us to attack and overtake Perez with those tyres any more, we did the pit stop.

“We hoped that they would have stopped as well, which was the case. So they were both on new tyres. It was like resetting the race, 15 laps to go, and on soft tyres.

“I think it worked somehow pretty well because Charles was very close to Sergio and he tried to attack before he made the mistake.”

Leclerc admitted that the spin had been triggered by him being too greedy with the kerbs, but he has denied that he was taking too many risks at the chicane over the course of the weekend.

“I don’t think I was taking particularly more risk,” he said. “I was quick there and the car felt good there, especially in the race today.

“I felt like it was probably one of the corners where Checo was a bit less competitive than me. And obviously on that lap, I knew that there was an opportunity.

“So I tried to push a bit more, and it was too much. Apart from that, I don’t think I’ve taken any unnecessary risk on the other laps during the weekend or whatsoever. Everything was okay on that side.”

Ferrari new low-drag wing to help in Red Bull battle, but not a game-changer

Every 1st-round RB selected since 2000