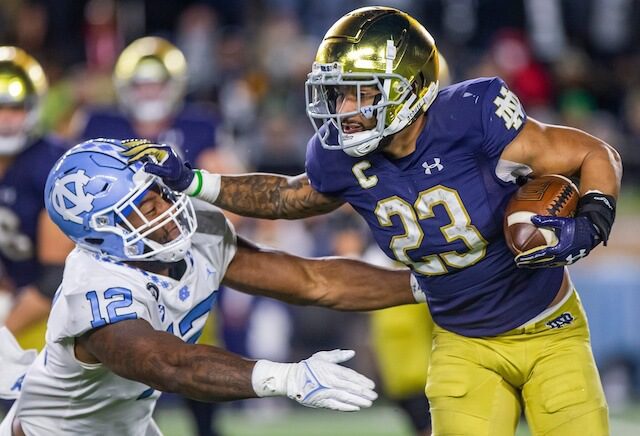 The St. Louis native grew up idolizing Steven Jackson as a Rams fan, and now will provide depth in their backfield, particularly bringing strong pass protection to the table.

The Rams had already addressed the secondary by trading for Troy Hill and drafting Decobie Durant in the fourth round, but they added some more depth in the sixth round when they had back-to-back picks and then again in the seventh.

The first was a local player in Lake, who attended Mater Dei and was a standout at UCLA. They then went to the defending national champions in Georgia to take a cornerback in Kendrick and then took another safety in Yeast with their penultimate pick.

Yeast brings some versatility to the table as he played cornerback at Louisville for three years before moving over to safety at Kansas State in 2021.

After losing Von Miller, edge rush is a big need for the Rams and they finally addressed that by taking Hardy in the seventh round. The outside linebacker is coming off a career season in which he recorded 16.5 sacks at Montana State.

The Rams then finished the draft by going back to the well for offensive linemen, taking Arcuri out of Michigan State.

“Putting Phil Handy or David Fizdale, or whoever in there, maybe it’ll give them a boost”

Navarrete Focused on Training, Pays No Attention To Diaz’s Comments

What next for Amir Khan and Kell Brook?