‘You’re Going To Get Her Seriously Hurt’ 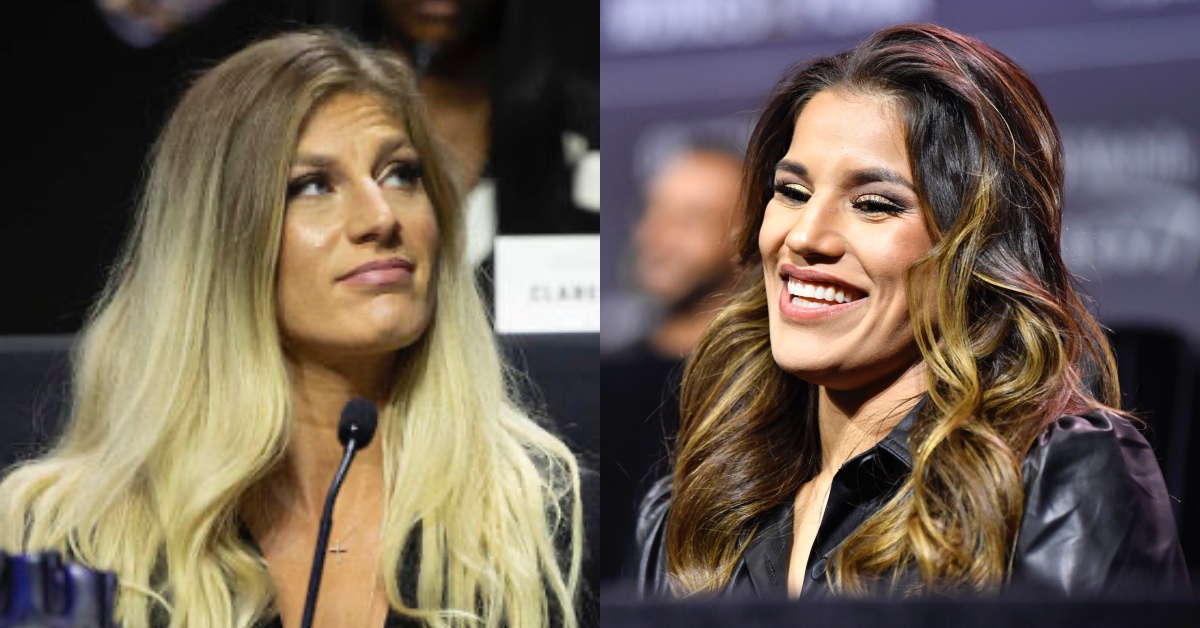 Two-time PFL lightweight tournament, victor, Kayla Harrison has warned media and those who have campaigned for her to fight UFC bantamweight champion, Julianna Pena, that the Washington native would be “seriously hurt” if they competed against each other.

Kayla Harrison, a two-time Olympic gold medalist in Judo, boasts a 12–0 professional record, most recently defeated Taylor Guardado in the final of last year’s PFL lightweight tournament with a second round armbar.

Pena has since coached the new instalment of The Ultimate Fighter rematch against Nunes, ahead of a bantamweight title rematch between the duo later this summer, however, has been linked with a bout against Harrison as the latter attempts to land a series of high-profile career wins.

Sharing her thoughts on a potential matchup against Pena, Harrison, who recently penned a deal with PFL to compete in this season’s lightweight tournament, warned media and those calling for the fight with Pena, that they would get the bantamweight champion badly hurt.

“You guys gave her (Pena) this platform and you allowed her to think that she could stand in a cage with me and beat me and you gave her this delusion,” Kayla Harrison explained. “I mean it. You guys are to blame. If I ever get the pleasure of fighting her, whatever happens, I want all of you guys to go and look in the mirror and know that you did that. ‘Cause you are stirring it and I’m very frustrated that I can’t just beat her ass.”

Previously, Pena had claimed that Harrison was just “running her mouth” on a potential UFC move, and insisted that she had signed her life away to the PFL with her new deal.

“Kayla’s (Harrison) just running her mouth because she knows nothing’s ever going to happen of it, you know?” Julianna Pena said. “She just signed her life away to PFL. So best of luck with that. I hope it’s good. Make your career off of beating tomato cans. That’s great.”

‘The sad thing is he loves this club’; Chelsea end could be near for frustrated star

Who has Alex Rins chosen in his MotoGP™ Fantasy Team?

‘I believe it them’; Marsch cites two aspects of Leeds comeback victory showing penny has dropped