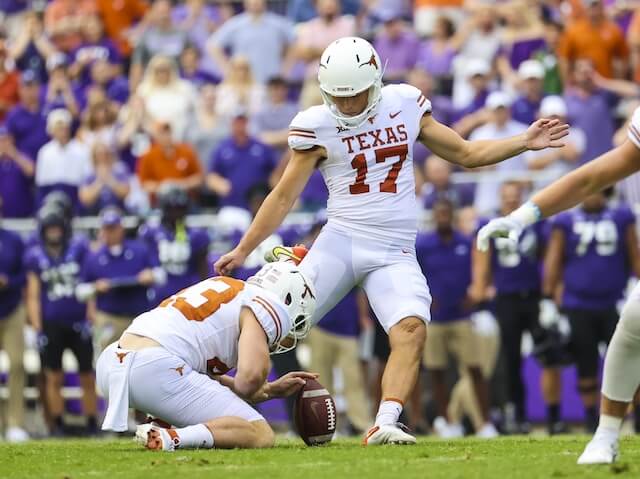 With the loss of Von Miller and and Ogbonnia Okoronkwo, the Rams took fliers on four outside linebackers in Hughes-Murray, Whitley, Thomas, and Thomas. Pass rushers are always at a premium in the NFL and taking shots on as many as possible bodes well for Los Angeles who still has Aaron Donald and Leonard Floyd terrorizing quarterbacks.

During the 2022 NFL Draft, the Rams spent four of their eight picks on defensive backs and that emphasis is seen in their undrafted free agent haul as they took another five in Dancy-Williams, Isom, Lowe, McVea, and Carter.

L.A. has prioritized players who are versatile and can play in the box or on the outside. As of now, Jordan Fuller and Nick Scott project to be the starting safeties, while Jalen Ramsey and Troy Hill will alternate between playing outside and in the “Star” position.

One interesting name to note is Dicker, who pulled double duty at the University of Texas as a kicker and punter. The Rams are set at kicker after Matt Gay signed his restricted free agent tender, but Dicker could be in the mix for punter even though they signed veteran Riley Dixon.

School closures would be disastrous for children – NationNews Barbados — nationnews.com

Can Rattler put the bite back into the Detroit Lions?

We Brainstormed Ideas, And Tony Khan Liked Our Connection