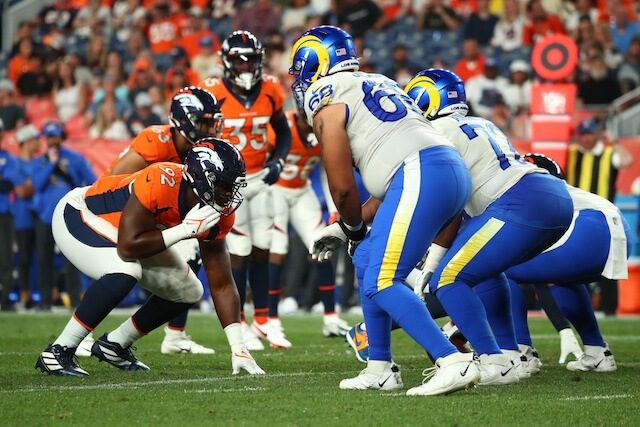 With the full 2022 NFL schedule set to be released on Thursday, CBS announced ahead of time that it will televise a matchup between the Los Angeles Rams and Denver Broncos at SoFi Stadium on Christmas Day. Kickoff from Inglewood, Calif., on Sunday, December 25 is scheduled for 1:30 p.m. PT.

According to a press release from the network, CBS Sports’ presentation will be broadcast on The CBS Television Network and available to stream live on Paramount+. A special slime-filled presentation catered toward families will air exclusively on Nickelodeon.

The Rams and Broncos’ Christmas Day game will be just the 15th-ever meeting between the two teams. However, the matchup brings a familiar foe back to SoFi Stadium in Broncos quarterback Russell Wilson.

There are a few familiar coaching faces on the Broncos’ sideline as well in Ejiro Evero, Marcus Dixon and Dwayne Stukes. Evero, formerly L.A.’s secondary coach/pass game coordinator, was hired as Denver’s’ defensive coordinator this offseason.

Fritz Brushes Off Tabilo In 2022 Clay Debut In Houston

STARK LOOKING FOR STRONG START TO SEASON IN THAILAND