The F1 rear wing differences between Red Bull and Ferrari


Red Bull has so far appeared to favour a lower downforce approach to each track, maximising top speed at the expense of performance through corners.

Ferrari, on the other hand, has until now opted for a higher downforce solution that means it loses out in the speed traps but is better in the turns and should deliver improved tyre degradation.

But as the two teams knuckle down for what will be an intense battle for the F1 title, there is an increasing likelihood that the two teams could converge in their approach as they bid not to get outsmarted. 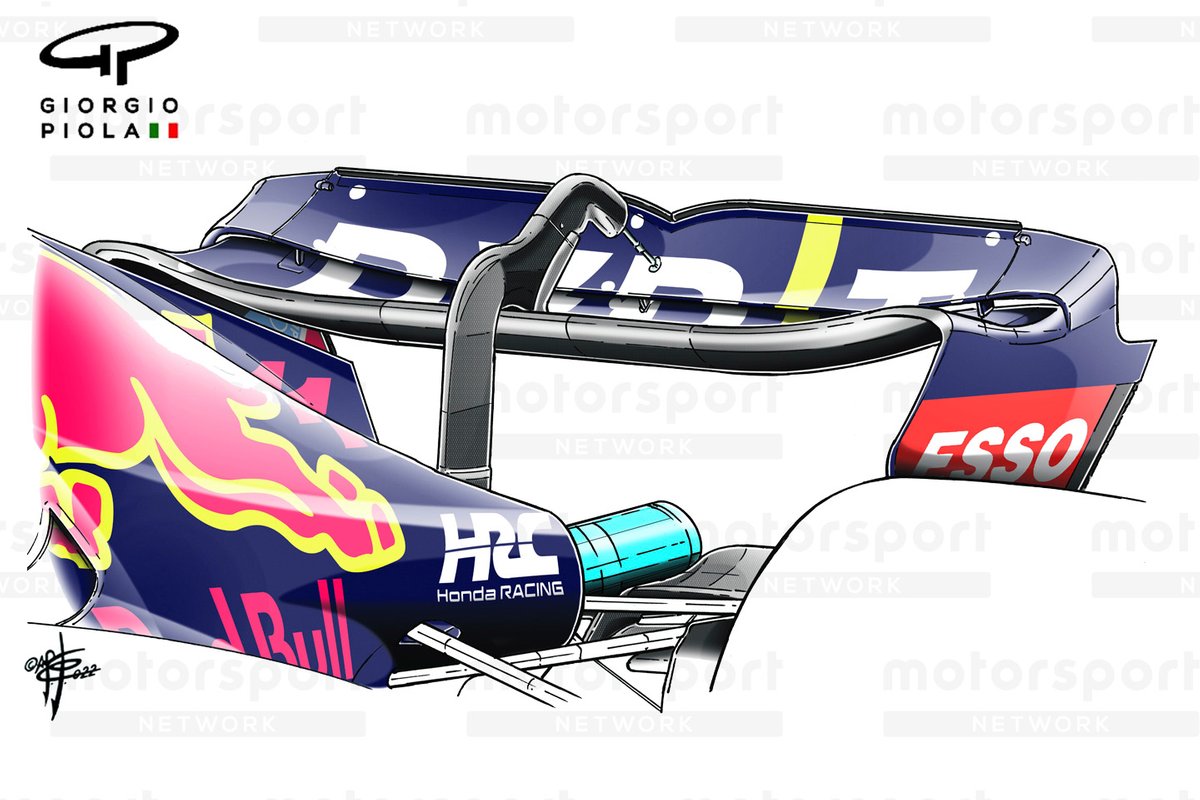 Over the course of Red Bull’s championship-winning years, and for the most part during the turbo hybrid era, Red Bull favoured a high downforce but also relatively high drag philosophy that often left it towards the bottom of the speed traps.

Its approach this year is completely different, with the RB18 regularly fastest at the end of straights. This has enabled the team to stay in contention even when Ferrari has seemingly done a better job during qualifying.

Red Bull seems able to extract more performance from the more generous underfloor this season and, as a consequence, has generally used less rear wing than Ferrari so far, which contributes to it top speed advantage.

It seems comfortable with where it has placed its car in the set-up window, for it is Ferrari that appears most likely to shift its wing settings.

Ferrari has throughout 2022 tended to favour a set-up more conducive to improving cornering speed.

However, it arrived in Miami with a new, lower downforce rear wing, suggesting that it was mindful about its top speed performance. In the end, though, it elected not to run it as the low grip track surface prompted it to push on with its well-known downforce levels. 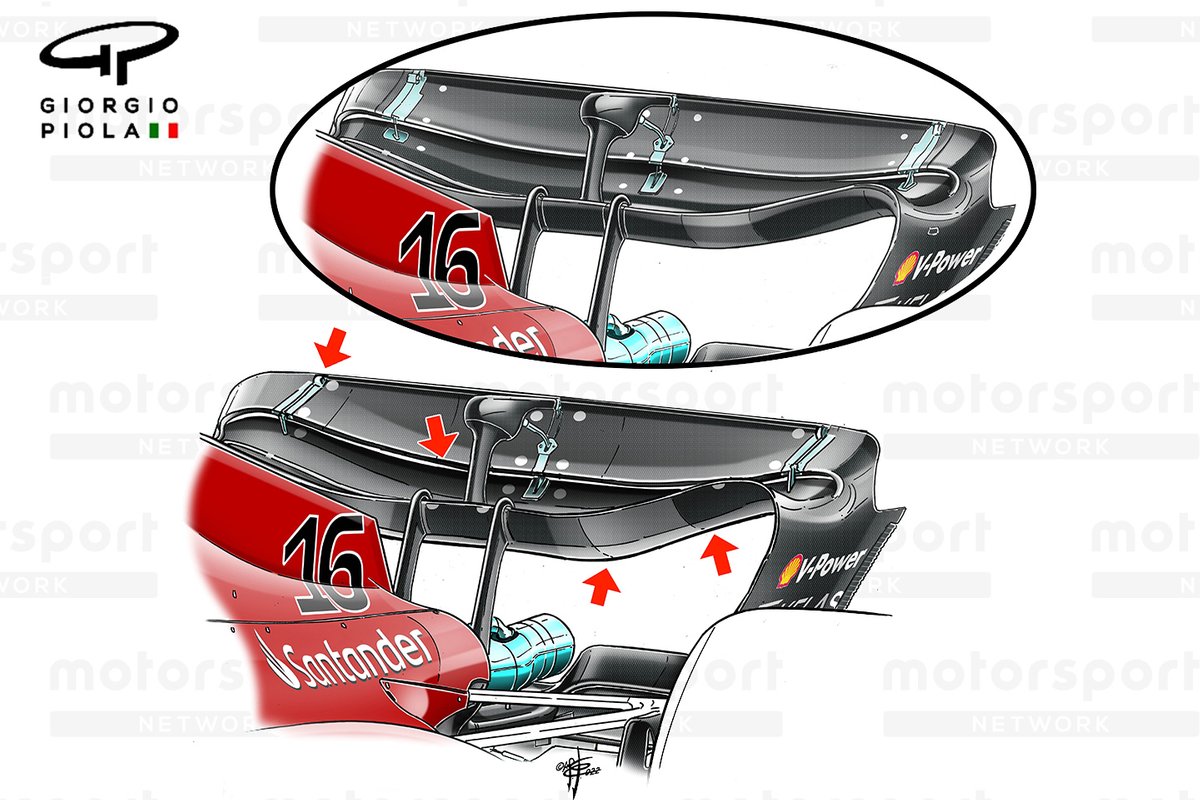 It is the third different rear wing configuration for Ferrari this year, with the Scuderia having already deployed two subtly different arrangements so far.

The difference between those two specifications has revolved around the transition points (arrowed) with more downforce generated in the central portion of the spoon-shaped wing traded against the drag reduction made possible in the outer section of the wing.

Ferrari opted for a lower downforce version of these two configurations for the Miami Grand Prix, removing the Gurney from the trailing edge of the upper flap in an effort to reduce the downforce and drag a little more too.

Ferrari’s newest wing, which didn’t feature in Miami but was spotted in the team’s top-secret Monza filming day last week, is for minimum downforce and has de-powered wing profiles.

The new design, which will be perfect for Baku but may be tested in Barcelona, features a much flatter mainplane design, akin to the new design introduced by Mercedes in Miami and already seen on the likes of the Alpine A522 this season. 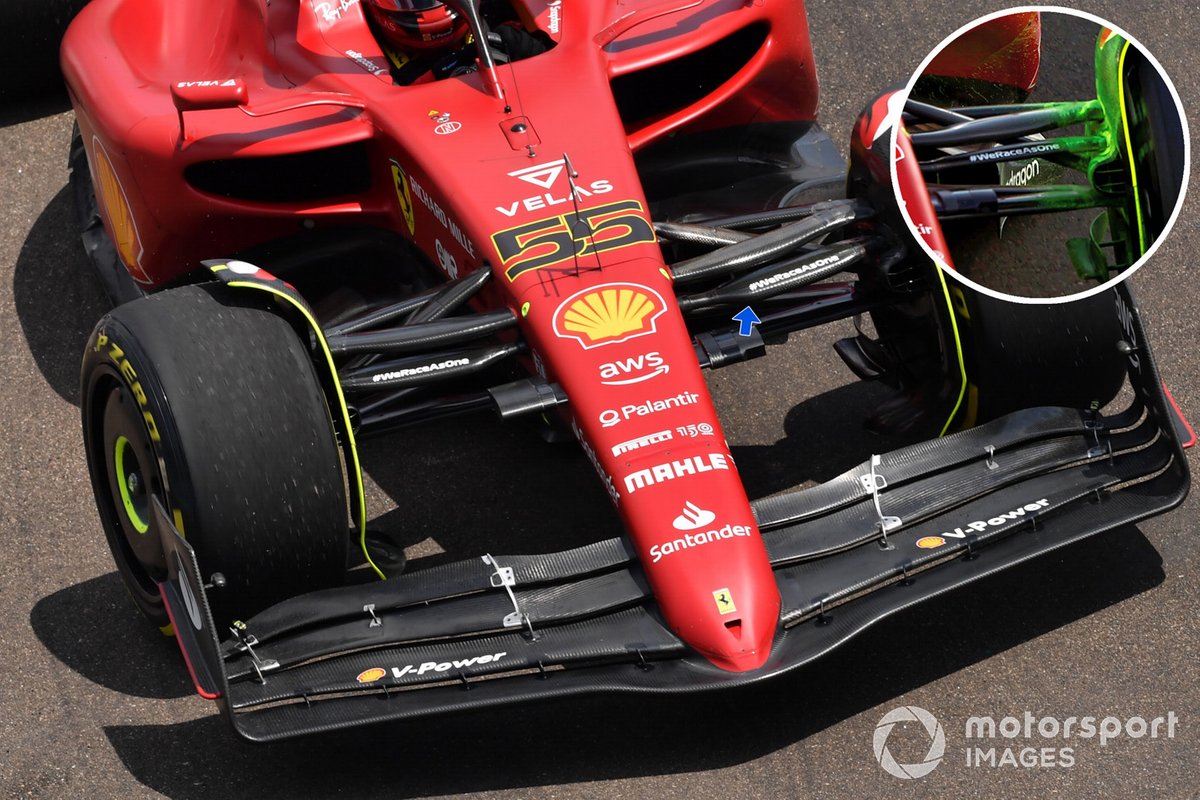 Ferrari also switched out the steering arm fairing in an effort to alter its aerodynamic characteristics (above).

The specification used in Miami has more of a cricket bat-style layout than the one used elsewhere (inset) and provides a much broader surface that will not only affect the local airflow but also the path taken around the surrounding suspension elements.

Silverstone FP3: Verstappen turns it on