UAAP volleyball: Adamson ready to give it all vs La Salle with Final Four spot at stake 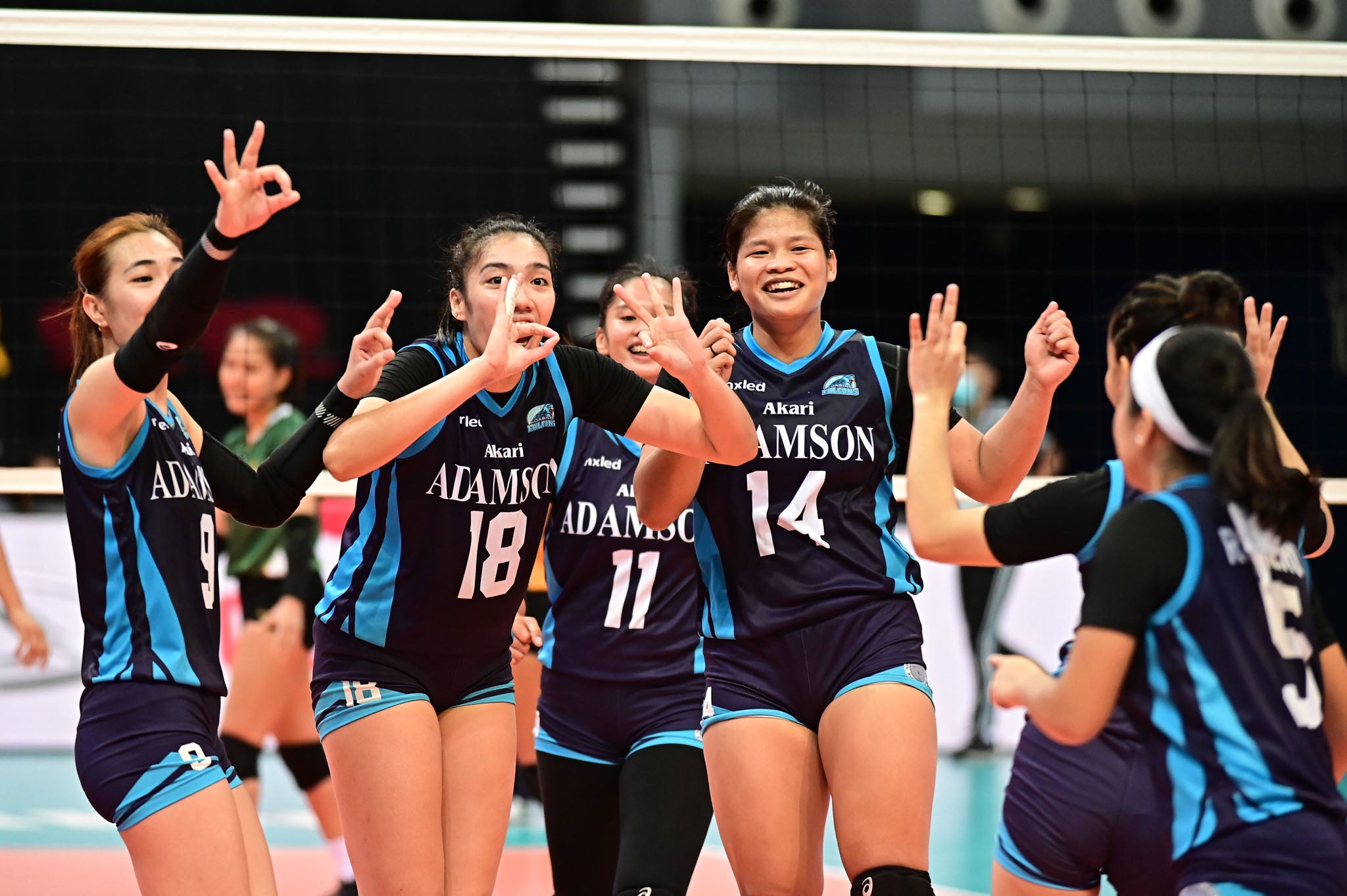 MANILA, Philippines — Determined to bring back Adamson in the Final Four for the first time in eight years, coach Lerma Giron said her team will do whatever it takes against La Salle to keep its semifinals chances alive in the last elimination round playdate of UAAP Season 84 women’s volleyball tournament on Thursday.

The Lady Falcons’ Final Four hopes are on the line in their crucial 12:30 p.m. match at Mall of Asia Arena against the No.2 Lady Spikers, who are also eyeing to clinch the twice-to-beat advantage in the semifinals.

Adamson, tied with Ateneo at No.4 with identical 7-6 records, has to beat La Salle to secure at least a playoff for the last Final Four berth.

“We really want to bring Adamson back to the Final Four. We will really work hard for it. With God’s help, my coaching staff and the players will work together to make it happen,” said Giron in Filipino. “We will prepare everything for our important game against La Salle.”

The fate of semis format is also at stake in the 4 p.m. clash between unbeaten National University and University of Santo Tomas. A win by the Lady Bulldogs will earn them an outright ticket to the finals and will shift the postseason format into a stepladder. But if the Tigresses pull off an upset, the Top Four squads will figure in the regular Final Four.

Should Adamson upset La Salle and Ateneo beat the also-ran University of the Philippines at 6:30 p.m. The joint fourth placers will clash in a playoff on Saturday.

However, if the Lady Falcons lose, they will have to pray for a losing result from the Blue Eagles to force a playoff for the last Final Four ticket.

It will not be easy for Adamson, as La Salle (10-3), which won five straight matches in the second round, needs to win its last elimination game to secure the twice-to-beat edge and avoid a playoff for No.2 with UST (9-4) in case it beats NU.

Adamson’s leading scorer Trisha Genesis said they don’t want to suffer from another heartbreak as they look to bounce back from crucial five-set loss to Ateneo last Saturday.

“That game (versus Ateneo) really hurt us. We don’t want to feel the same way again. We won’t commit the same mistakes,” said Genesis in Filipino after she tallied 18 points, 13 excellent receptions, and 12 digs in their bounce back four-set win over UP on Tuesday.

“Everyone wants to keep on fighting as long as we have a chance,” she added.

Adamson is eyeing its first semifinals appearance since the Season 76 Final Four in 2014.

“Until now, our five set losses to UST and Ateneo still haunt us. But I always tell my players, we’re wounded warriors, we will keep on fighting,” the Adamson coach said.

The story of Jake LaMotta