BETHESDA, Maryland –  There’s something about pulling into a past champion’s parking space at Congressional Country Club that gets the day off right. Brooke Henderson is again reminded of that life-changing day at Sahalee – when she took down World No. 1 Lydia Ko in a playoff – as she arrives at her locker, stamped with “past champion.”

Henderson’s lone major victory came six years ago at the KPMG Women’s PGA, and she comes into this year’s championship on the strength of a recent triumph at the ShopRite LPGA Classic.

“Every time I come back to this event,” she said, “I’m just trying to recreate what I did then and hopefully get off to a fast start on Thursday.”

The winningest Canadian golfer of all time will be joined in Round 1 by 2021 KPMG champion Nelly Korda and three-time winner Inbee Park, who won this event from 2013 through 2015. They’ll tee off at 7:33 a.m. on Thursday on Congressional’s newly renovated Blue Course, which is hosting a women’s professional event for the first time.

The field of 156 will compete for $9 million, doubling last year’s purse. 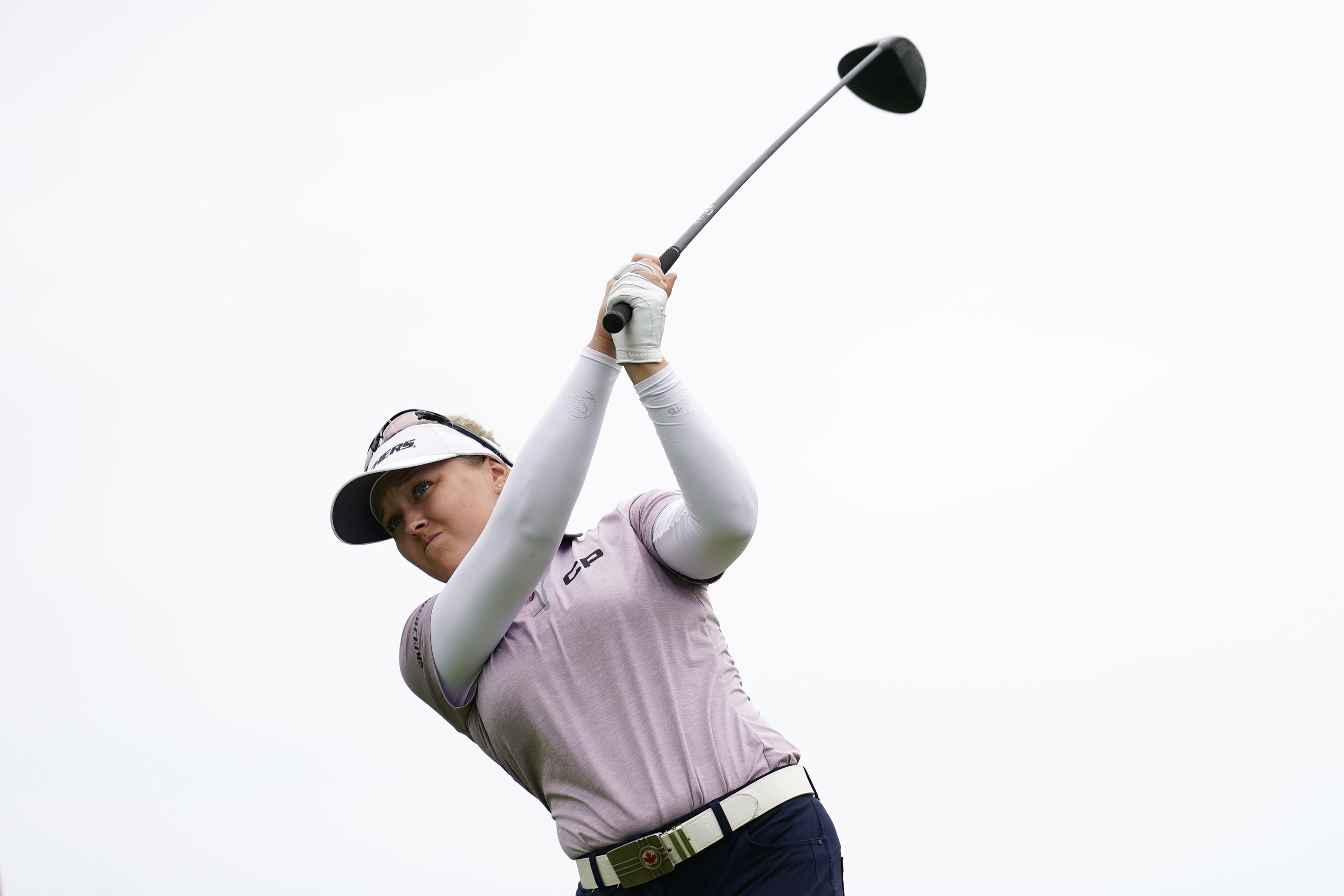 Brooke Henderson hits off the 13th tee during the final round of the 2022 ShopRite LPGA Classic in Galloway, New Jersey. (Photo: Matt Rourke/Associated Press)

Park, a seven-time major winner, skipped the U.S. Women’s Open earlier this month to get back in top form. This week she’s staying at the home of her best friend, who lives 30 minutes away in Fairfax, Virginia.

“I don’t know how I did it,” said Park of sweeping this event three straight years. “Yeah, if you ask me if I could do it now, I think it will be pretty impossible to do it. Back then I just ­– my game and everything was in great shape, and I was probably putting a lot better than what I am now today.”

While Henderson and Park are trying to end major championship droughts (Park’s last major victory came in 2015), Korda is trying to extend her streak to two consecutive years.

Last year at Atlanta Athletic Club, Korda rose to No. 1 in the world when she nabbed her first major. So much life has transpired since then for the young American, from winning Olympic gold to battling back from surgery on a blood clot in a subclavian vein in her left arm.

After recording a top-10 finish in her first event back in four months at the Women’s Open at Pine Needles, Korda lost in a playoff last week at the Meijer LPGA Classic, where she also won in 2021.

“Ever since I started hitting, it’s just been kind of full throttle,” said Korda of her return to golf.

“I have not taken more than two or three days off since then. I’m just happy to be out here playing competitive golf. I gave myself a chance last week. If you told me that when I was laying in the ER, I would have definitely been very happy with that.”

When asked what she attributed her strong play out of the gate to, Korda said it’s as much mental as it is the hard work on her game and body.

“I think it’s also about the attitude that you have on the golf course,” she said. “I feel like the more you enjoy it out there, the better you play, the less you get kind of ticked off, the less things go wrong, I guess, in a sense.

“Since I’ve been back, I’ve made sure that I’ve had a good attitude and enjoyed every second of it, and I think that’s contributed to my good play.”

A player hit my ball but returned it too late – is it now a lost ball?

‘Meetings There Are Straight Out Of A Dumb Comedy’

Angel McCoughtry and adidas Refurbish 'Reach For the Stars' Court

Who Will Be The Next European Ryder Cup Captain?

Hollinger & Duncan: What is Overtime Elite? Rookies Showing Out; Which Surprise Teams Are For Real?