Griquas want to win it for Bushy 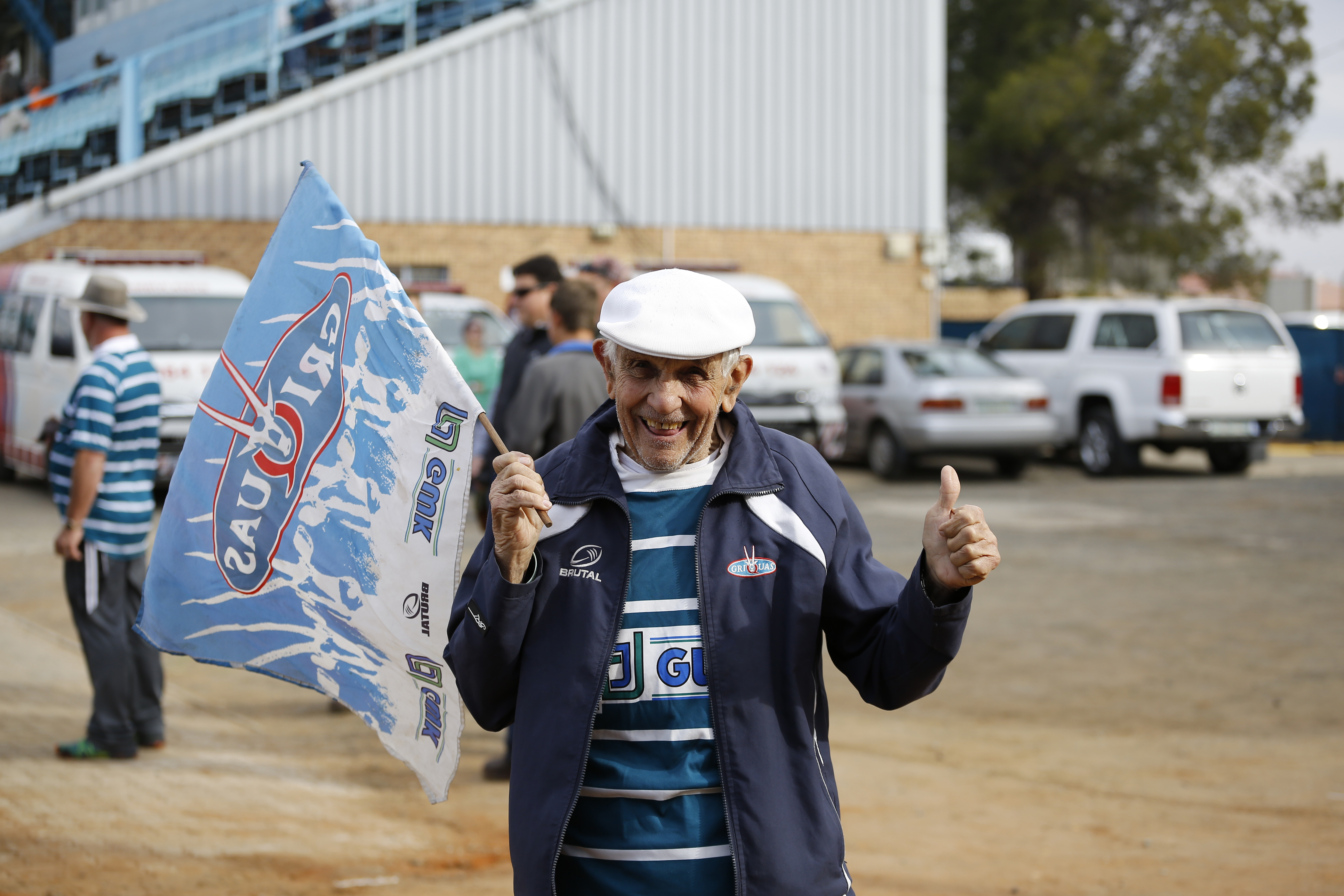 Coach Pieter Bergh says Griquas will be thinking of legendary supporter Eric ‘Bushy’ Oliver when they run out in Kimberley on Saturday to a capacity crowd for the Currie Cup final against the Pumas. DYLAN JACK reports.

Fondly known as Oom (uncle) Bushy, the late Oliver was famous for being one of Griquas’ most dedicated supporters, attending every game in Kimberley and proudly waving his flag, no matter the conditions or how few fans were at the stadium.

He passed away at the age of 88 last September, shortly after undergoing a hip operation.

Saturday’s final is an occasion that Oliver would have relished, especially given that a rare sell-out crowd is expected in Kimberley after government lifted Covid-19 regulations this week.

Speaking on Thursday, Bergh said he and some of the more experienced players would have Oliver on their hearts when they clash with the Pumas.

“It would have been brilliant to have Oom Bushy here,” said Bergh. “There are a lot of players who only joined this year who actually never knew Oom Bushy and never met him. But for guys like myself who have been the assistant coach in previous years, guys like George Whitehead and Hanru Sirgel and Simon Westraadt, for them it’s definitely in our minds. We want to pay tribute to him.

“I think it would have been brilliant if he could have led the team out on Saturday, but he is in our thoughts and we want to pay tribute for everything that he has done for Griquas over the years.”

Bergh confirmed that aroud 12,000 fans are expected for the Currie Cup final, making it one of the most highly attended matches in Kimberley in decades.

“I think tickets are already sold out. There may only be less than 100 tickets available. The people of Kimberley have really reacted to this. It’s wonderful for the town and our supporters. I have met so many people over the last week who said they were at the 1970 final and never thought they would attend a Currie Cup final in Kimberley again. It’s wonderful for us. I think there will be seven guys from the 1970 team here for the game, which is very special.

“I don’t think there has ever been a sell-out crowd here in Kimberley. What’s wonderful about this stadium is that it will create a massive atmosphere. There will be about 12,000 people here. With how close people sit near the field, you are almost right on the field, where in some other stadiums you tend to be quite far. So, it will be an electric atmosphere.

“I think we will see on Saturday that a smaller stadium can create an incredible atmosphere compared to some of the larger venues in South Africa.”

Manny Pacquiao: If I take Ugas lightly, he will take advantage

England, India Players Involved In A Heated Confrontation At Lord’s After Day 3 Of 2nd Test: Reports

Opelka vs. Murray, Karatsev vs. Evans