Reports this week of his surprise connection with the Chooks raised a number of eyebrows, given the Roosters will pay a fraction of Lodge’s market value and he will help their premiership push.

He also comes with baggage, given a controversial past and a reputation of losing his cool on the field.

In 2015 Lodge was arrested in New York and charged with stalking and intimidation. His return to the NRL, with the Broncos, was questioned heavily.

Roosters coach Robinson revealed he sat down with Lodge for an hour and a half, and has no issues bringing him into the fold.

“Matt is open about the stuff he has done in the past and we have talked about that in our discussions but like I said you make a decision about your culture and what is it for, what are you really there for … to improve the lives of guys and we have the opportunity to give him that,” Robinson said.

“I saw a mature guy in the discussions I had. A father to two with another one on the way … a vulnerability there about where he is at with his footy but also a desire to deliver.”

Lodge is expected to make his debut for the Roosters in round 18. 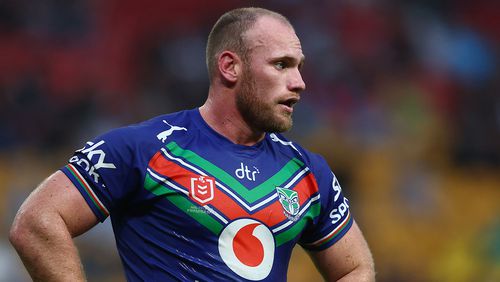 Muslim Golf Association: How one man plans to change the face of the sport