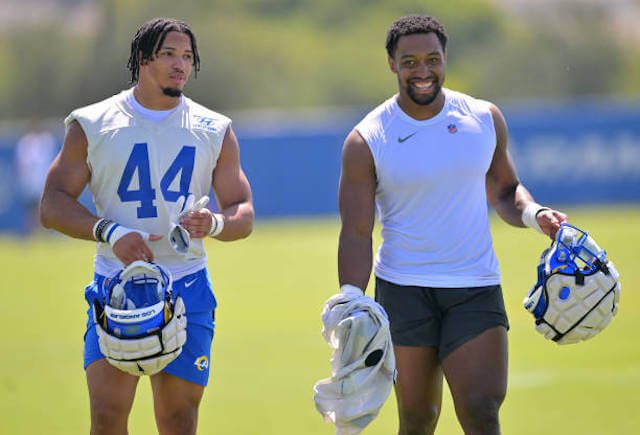 Although the Los Angeles Rams commit to lucrative deals for their stars, they’re able to keep the roster well-rounded by drafting well in the later rounds.

For example, the Rams were able to find a starter in Jordan Fuller who they took on Day 3 and he was eventually named a team captain in just his second season. During the 2022 NFL Draft, Los Angeles had to make due with late picks again but it looks like they may have found another solid group who could contribute early on in their careers.

One player to look out for is Daniel Hardy, who the Rams took No. 235 overall. Hardy spent most of his collegiate career at Montana State, a smaller program that did not give much exposure to the pro ranks. While he may not have the pedigree or resume teams seek out of pass rushers, he certainly has the work ethic and athleticism to carve out a role on an NFL team.

The Rams have about a month until they report for training camp, but that did not stop Hardy from showing off his lower body strength on his Twitter account:

Hardy makes this look easy, but it requires a tremendous amount of strength and athleticism, two things he has an abundance of. His testing numbers jumped off the charts, and it makes complete sense why Los Angeles would be interested as they try to develop their young pass rush group.

With the loss of Von Miller, the Rams will need to find a contributor opposite of Leonard Floyd to keep their defense as stout as ever. Hardy figures to start out on special teams, but there’s no reason to believe he won’t get a shot as a pass rusher if he’s able to develop over the course of the season.

Monaco’s fabulous shooting was too much for Bayern – News