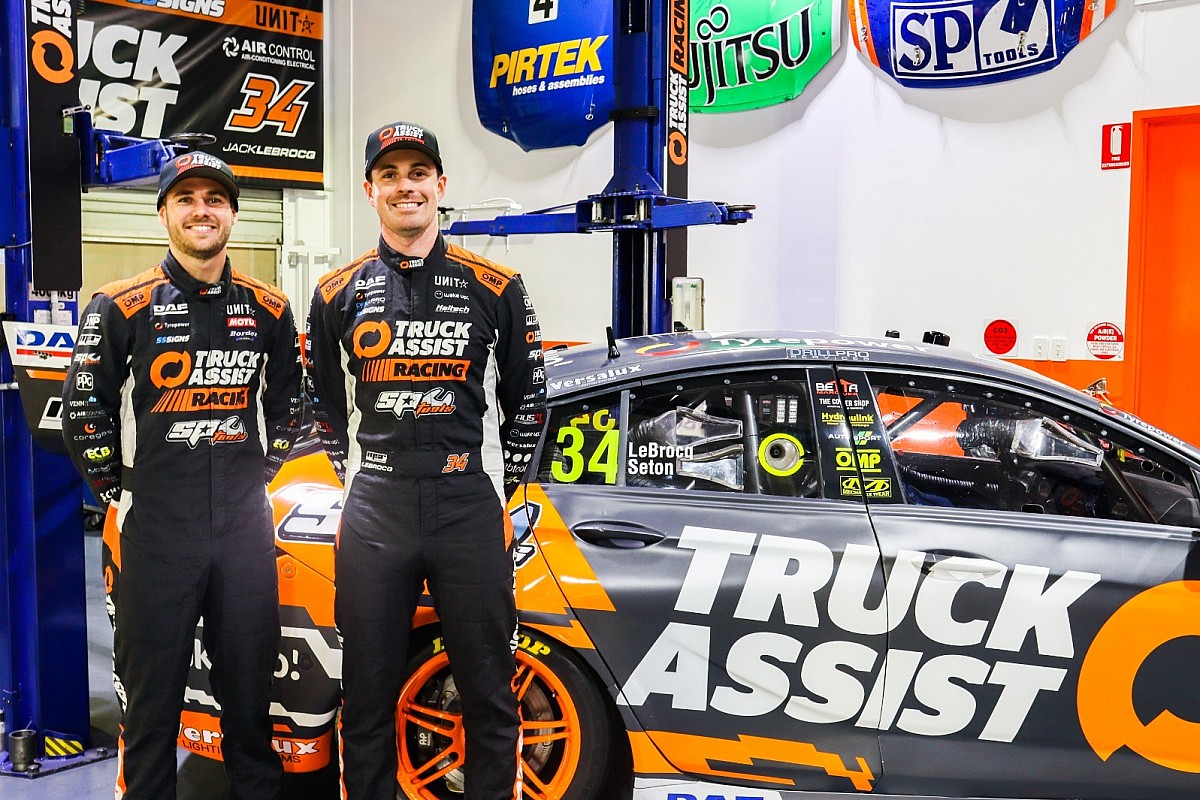 The third-generation racer, who competes in Super2 with MSR, will follow in the footsteps of grandfather Bo and father Glen, who have a combined 48 Great Race starts between them.

His main game debut will come partnered with the experienced Le Brocq in the #34 Truck Assist Holden.

“I am very thankful to the team, from [owners] Matt [Stone], Jason [Gomersall], and the whole crew. I’m just looking forward to getting to the 1000,” said Seton.

“It’s awesome to be joining a guy like Jack and I really admire the way he has gone about his racing this year since working closer with him.

“It’s very special and surreal to be the third generation Seton to do the Bathurst event.

“My pop won it back in 1965 and then dad came so close in 1995 so it will be a special moment to go to the event for my first time as a driver and give it a red-hot crack as Jack and I try to aim for that top step.”

Seton will get plenty of laps over the Bathurst weekend by dovetailing his Great Race ride with his Super2 commitments.

“It’s great that Aaron’s actually running in the Dunlop Series as well over the Bathurst weekend” said Le Brocq.

“I’ve done it many times before when I was a co-driver and it’s really crucial to just get those laps in around there.

“It’s a very daunting place at the best of times and it will be very full on, so for Aaron to be able to compliment his running with his Dunlop Series programme will allow us to get the most out of him come Sunday.

“He is a great young fella and I’ve been able to get to know him quite well throughout the year.

“I am looking forward to teaming up with him; third-generation Seton in the sport to do Bathurst is pretty cool and I reckon we will have a pretty good run.”

All Fields Sports Marketing to partner with Lime Rock Park

Marc Marquez: “Honda are in a critical moment”