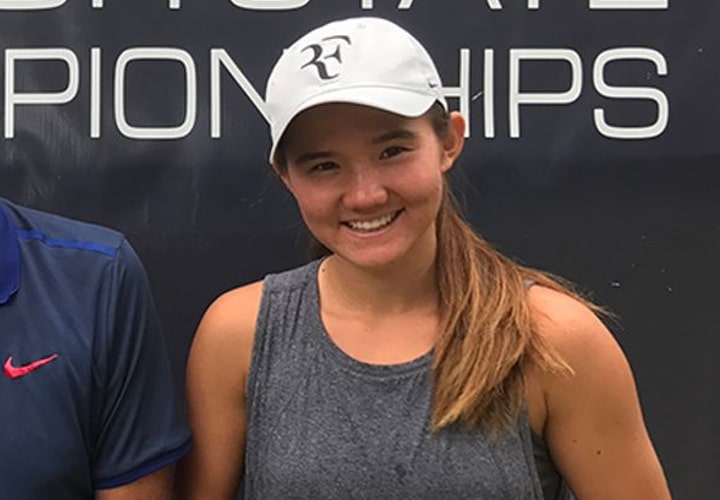 Wang, a recent high school graduate from St. Petersburg, is committed to play college tennis at Columbia University in the fall. Wang, who trains at the Saddlebrook Academy, is one of the top high school tennis recruits in the country and is ranked amongst the top 18-and-under girls in the country. She has had impressive showing at a number of USTA national junior tournaments and won the Sportsmanship Award at the 2021 USTA National Winter Championships. Off the court, Wang has exceled in a number of AP classes, holding an impressive 4.5 weighted GPA.

“Sophia and Masato’s achievements on the court, in the classroom and in the community truly make them exemplary leaders among their peers,” said Craig Morris, Chief Executive, Community Tennis. “They are both very deserving of this honor and have bright futures ahead of them.”

This is the tenth year the USTA has awarded its National Junior Scholar Athlete award. To qualify,
students must have an unweighted GPA of 3.75 on a 4.0 scale and be ranked in the Top 100 of the USTA Boys’ or Girls’ 18s national standings. A written essay, as well as leadership and sportsmanship, were also considered. This year’s winners will be honored at the USTA Annual Meeting & Conference in the spring of 2023.

Improving Your Tennis Game with Tips from Experts

The Man Behind the Art

Lando Norris is as fast as anyone on the grid

Raiders Could Be Valued At $5B Following Sale Of Broncos Franchise