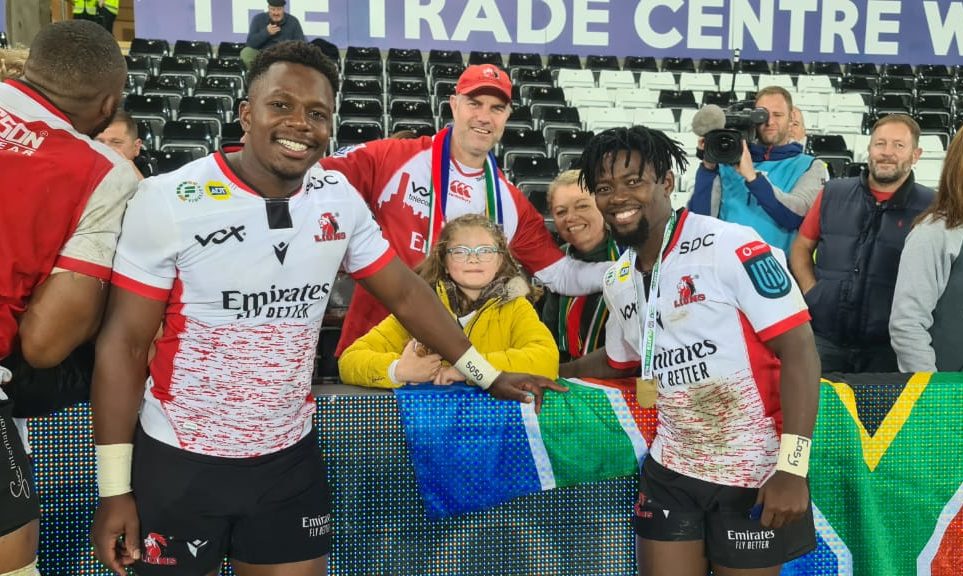 Having marked his first Vodacom United Rugby Championship start with a try in the away win over Ospreys, Sanele Nohamba is enjoying his rugby at the Lions. DYLAN JACK reports.

Nohamba made his first URC start for the Lions as the Johannesburg side claimed a hard-fought 28-27 victory over Welsh outfit Ospreys in Swansea on Saturday night.

It has been a bright start to the season for the scrumhalf, after a difficult end to his time with the Sharks in Durban, where he struggled for consistent form and regular game time.

“I am really enjoying my time at the Lions,” said Nohamba. “I just felt like I needed the change, a new start … I am still learning and still trying to grow, but I am enjoying my time here.

“I was really happy with my performance. I haven’t played a lot of rugby over the last six months or so, so I was glad just to get some game time and just enjoy the night with the boys.

“We trained so hard during the week, it was nice just to reap the rewards on the night.”

Even though he was quick to shift the credit for it, Nohamba’s try was a sign that he is starting to rediscover the sort of instinctive play that saw him earn a Springbok call-up last year as he pounced on a loose ball from a scrum and sprinted clear to score.

“The credit goes to the scrummagers,” he said. “The forwards are the ones who put the pressure on and I was just lucky to get on the ball for the try. The credit must go to the pack and not me.”

The 23-year-old played off the bench in the season opener against the Vodacom Bulls, but was rotated into the starting lineup in a new-look youthful halfback pairing with Gianni Lombard, who kicked three penalties and two conversions.

“Everyone in the squad is putting their hand up for selection and the coaches back whoever they have to back and try new combinations,” said Nohamba.

“I think it worked well with me and Gianni on Saturday. It was our first game playing together and we just backed each other up and trusted each other’s calls. Everything took off from there.”

Next up for the Lions is a game against Cardiff at Cardiff Arms Park on Friday evening.

The Welsh outfit started the season with a 20-13 upset win over Munster, before suffering a 52-24 defeat by Glasgow Warriors.

“It works in both ways,” said Nohamba on the unpredictable nature of the season. “It’s such a fierce competition, anyone can beat anyone on the day.

“It’s a matter of preparing well and being sharp on the day. Everyone is so good, so it just depends on how you prepare for the day.”

Kevin Durant shares the real reason why he requested a trade

What Golf Drivers Do Pros Use?

Leeds make €12m defender offer, but need to come back with more