NAPLES, Fla. — Caroline Masson wrapped up her 10th season on the LPGA with two big life moments on the horizon. She and fiancé Jason McDede are set to get married this week in Melbourne, Florida, followed by a honeymoon cruise with all the family to the Cayman Islands and Jamaica. McDede, Nelly Korda’s longtime caddie, first asked Masson on a date at the 2013 Women’s British Open at St. Andrews. They met up on the iconic 18th hole at the Old Course and then went to dinner.

But it’s not just this week’s wedding, which got pushed back a couple of times due to the pandemic, that’s bringing big smiles to their faces. The couple are also expecting their first child in May. Masson delivered the news on Instagram last week.

“To be honest,” said Masson, “this is probably the perfect timing right now.”

The 33-year-old German, a four-time Solheim Cup player and two-time Olympian who broke through on the LPGA for her first title at the 2016 Manulife Classic, was pleased to be able to play a full season. She finished off the year with a T-25 at the CME Group Tour Championship, which earned her $58,000. She finished 61st on the money list with $425,919 this season.

“I always said trying without trying too hard was kind of the motto, which is just more like me,” said Masson of starting a family. “I didn’t want to force things.

“I love playing golf. It’s a tough thing to feel like you give that up, at least for a while, to have a baby. I think that’s what a lot of players go through. When is the perfect timing?”

Masson isn’t spending too much time right now thinking about long-term plans. She’s inspired by the players who come back out and compete with children in tow. The LPGA’s maternity policy has gotten more flexible over the years. Right now, she’s simply excited for some time off to prepare for the next chapter.

The couple found out there were pregnant at the Walmart NW Arkansas Championship in September, which seemed fitting to Masson to given that six years ago they adopted a puppy, Ace, from a family off the 10th hole at Pinnacle Country Club in Rogers.

“We just hung out all weekend and hit it off,” said McDede, “and the next thing you know, we’ve been together for 10 years.”

Nelly Korda said McDede has been like a big brother to her for the past five years they’ve worked together.

Photos: Nelly Korda through the years 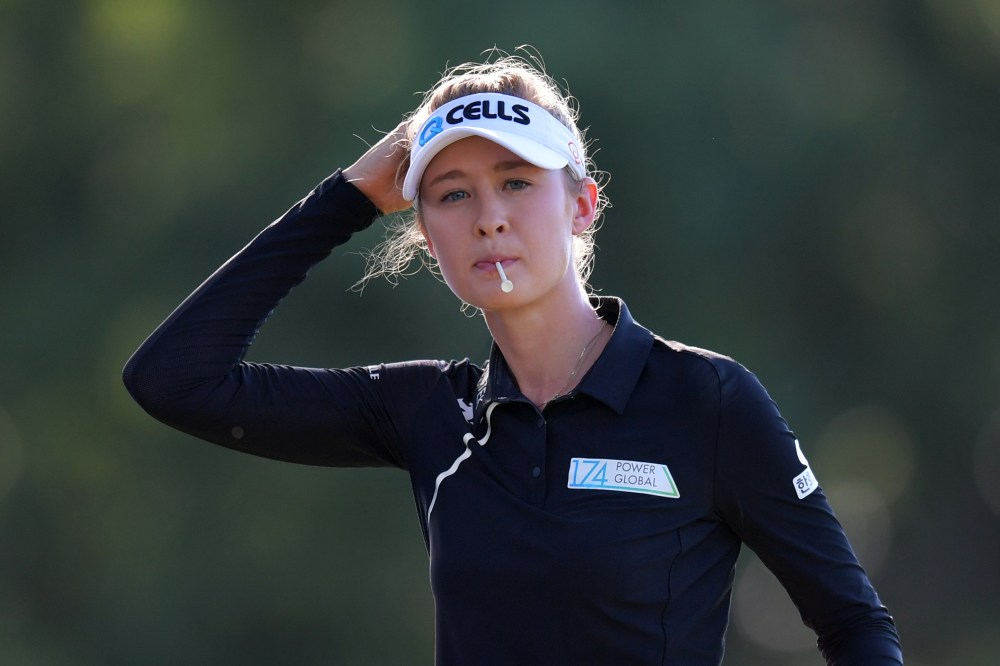 Golfweek's 2022 Holiday Gift Guide: 8 gifts for the gym-obsessed in your foursome

Cricket fan takes a selfie with amazing composure as a policeman rushes at him with a cane : Cricket