Head departs for 152 runs from 130 balls, including 16 fours and four sixes, losing his wicket three deliveries after David Warner.

“That appears to ﻿be his place — at the top of the order in ODI cricket,” Kerry O’Keeffe says on the Fox Cricket broadcast.

“He’s been tried in the middle, he waited his time and Aaron Finch retired﻿. He got his chance, he was ready.

“His game has expanded; his stroke range, you look at the wagon wheel, is far more extensive than it ever has been.”

The Australians are 2-270 from 38.4 overs, and Steve Smith and Marcus Stoinis are in the middle.﻿ 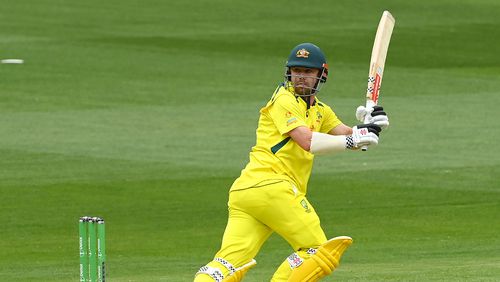 Djokovic’s Quest For No. 20 Takes Centre Stage At Wimbledon; When Is The Draw

Jacob Harris To Miss A Couple Weeks With Groin Strain

Paddles for Camaro, stick for Mustang