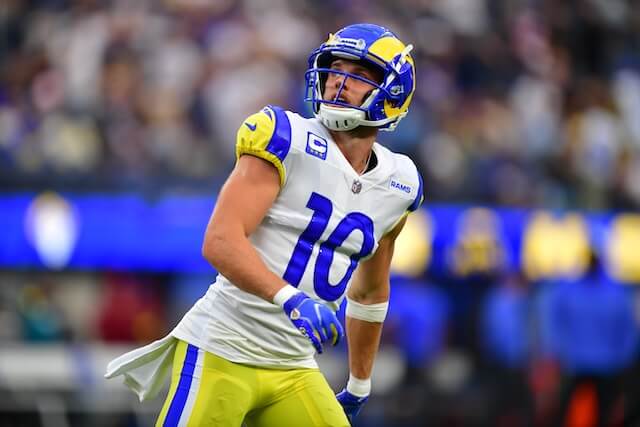 Cooper Kupp is the Los Angeles Rams’ nominee for the 2022 Art Rooney Sportsmanship Award, an honor presented annually to a player who exemplifies “outstanding sportsmanship on the field.”

It was created in 2014 to honor Art Rooney Sr., the late founder and Hall of Fame owner of the Pittsburgh Steelers.

Kupp is often praised for his work ethic and leadership, so it doesn’t come as a surprise he was nominated for the honor.

WR Cooper Kupp is the Rams’ nominee for the 2022 Art Rooney Sportsmanship Award, which is presented annually to the player who best demonstrates the qualities of on-field sportsmanship such as fair play, respect for the game and opponents, and integrity in competition.

Last year, the Rams’ nominee for the Art Rooney Sportsmanship Award was Jordan Fuller, but he ultimately lost out to Patriots special teams ace Matthew Slater.

A panel of former players including Warrick Dunn, Larry Fitzgerald, Curtis Martin and Leonard Wheeler will select eight finalists, four from each conference, in December. The winner will be announced at NFL Honors on Feb. 9.

What Legendary Pokemon are in Pokemon Brilliant Diamond and Shining Pearl?

“It’s not what you expect from a champion,” admits Hamilton

Rafael Nadal after losing to Roger Federer: ‘I have to improve’

UAAP: Jerom Lastimosa keeps faith amid shooting slump to win it for Adamson

‘Roger Federer fascinated me not only with his fitness but…’, says former ace